Fondly known as the “King of watches in the East”, Kintaro Hattori, the founder of Seiko was born in central Tokyo in 1860 at a time in Japanese history characterized by rapid modernization and westernization. In 1881, at the age of just 21, this young entrepreneur set up his own company, “K. Hattori”, to wholesale and retail imported timepieces and, just twelve years later, he established a factory which he called Seikosha, “The house of precision”, to produce his own clocks and, later, watches. His aim was for Seikosha to be able to manufacture and assemble all the components for its timepieces in-house by mastering every aspect of the horological art. And well the success of the Grand Seiko today is a testament to his remarkable vision & innovations and continues to inspire it to this day.

2021 will mark the 140th anniversary of the founding of Seikosha and the 160th anniversary of his birth. The house of Grand Seiko proudly celebrates the life and achievements of Kintaro Hattori with two Spring Drive masterpiece. Both watches exemplify Kintaro’s dedication to complete mastery of every aspect of the watchmaker’s art.

To commemorate the 160th anniversary of Kintaro Hattori’s birth, the elite team of watchmakers at the Micro Artist Studio have introduced a spring drive with a softly rounded Zaratsu polished case made of Platinum 950. To ensure perfect legibility, the sapphire crystal glass is dual-curved with each surface being shaped.

The intricate pattern on the dial here is made possible by processing techniques that create a delicate dial surface with varying depths. The interplay of light and shadow on the dial that is an essential part of the signature of every Grand Seiko is accentuated by the application of seconds markers that enhance the legibility of the time. As has been the tradition since the 1960’s, a star mark located at six o’clock denotes that the indexes are of solid gold. The indexes and the hour and minute hands are in 14K white gold and are specially cut to create a sharpness that amplifies the enduring beauty of the gold.

Assembled, adjusted and finished by hand by the craftsmen and women of the Micro Artist Studio, the watch is powered by Caliber 9R02 that delivers a power reserve of 84 hours. 84 hours? Well, thanks to the Dual Spring Barrel in which two independent thin, long mainsprings are set in parallel in a single barrel – the Torque Return System*. Since it is a celebratory watch, this spring drive can also be customised. The Caliber 9R02 that incorporates an 18k yellow gold plaque which carries the engraved words “Micro Artist” can be replaced with words of your choice. This slim and exquisite timepiece has a depth of just 9.6mm and will be available as a limited edition of 50 pieces in the Grand Seiko Boutiques worldwide early 2021.

Celebrating the birth of the Grand Seiko in 1960, the brand will introduce the first Grand Seiko in 18k rose gold early next year. This limited edition of 350 pieces will offer a remarkable blend of slimness, efficiency and precision with a case depth of 10.9 mm, a 72 hour power reserve and the accuracy rate is +5 to –3 seconds per day, all made possible by the hand-wound Caliber 9S64 that powers the watch.

The case and indexes are in 18k gold and the anniversary is marked by the trademark “S” engraved on a gold plate set into the movement’s bridge. Kintaro Hattori registered this mark in 1900 as the symbol of the Seikosha factory.

“Every merchant needs to be one step ahead of the rest, but only one step. If you go too many steps ahead, you will become distant from the public and closer to a prophet. A merchant should never become a prophet”.
Kintaro Hattori 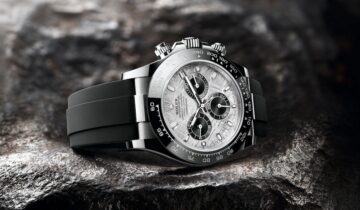 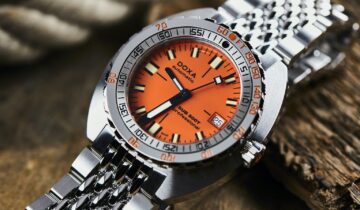 IN MY OPINION: On the Fringe: Surprisingly astonishing horological wonders by non-horological brands