Do you remember the dreamy airlike days during the conquest of the sky? The Hermes Arceau Les Folies du Ciel watch is a homage to the pioneers who dared to dream that man could one day be able to fly…

The Arceau watch, designed by Henri d’Origny in 1978, lends itself to the expression of Hermès ingenuity once more. The Arceau Les Folies du Ciel watch blends painting, engraving, and animation to produce a one-of-a-kind piece, inspired by Loc Dubigeon’s silk scarf motif “Les Folies du Ciel,” conceived in 1984 to honour aerostatics. It includes 18 projects ranging from the most serious to the most bizarre, all capturing those first moments between earth and air, between imagination and reality – when a man could finally fly. They attest to study in the fields of hot-air balloons, airships, and flying vessels that took place until the turn of the century. The march starts with pennant flags flying high in the air.

The voyage depicted by Les Folies du Ciel is centred on escape, discovery, and curiosity. Man originally desired to soar, to fly higher, before the aeroplanes became a need for crossing land and sea.

The aerostat was the first aircraft to take to the skies yet remain stationary. It was a precursor to the balloon and the airship, allowing humans to defy gravity. Icarus is a fable, and the aerostat was a pipe dream that opened up a hitherto unexplored frontier that humanity would relentlessly pursue: the horizon. The horse allowed for long-distance travel, while the aerostat added a third dimension: height.

This spirit is horologically expressed in the Arceau Les Folies du Ciel watch. In a 38 mm white gold casing, Hermès artisans have reproduced this magical voyage, which is driven by a Manufacture Hermès movement.

Two neoralite pink and green hot-air balloons billow in the wind on a mother-of-pearl dial whose textured hue can be seen through the wisps of smoke from the chimneys. Their kiln-fired canvas takes on a curved relief, giving the impression of a large volume of hot air filling them and allowing them to fly. To give each surface a lustrous sheen, it is manually polished.

The two balloons are joined to a hand-painted white gold gondola in the shape of a bird, which is the ancient sign of travel and migration, as well as humanity’s earliest inspiration for future flying vessels.

Perched above the tableau at 12 o’clock is a hand-painted and applied animated balloon.
Designed as a balance, it spins on its axis in step with wrist movements, expressing the
light, unexpected touch typical of Hermès creations. «Hermès Paris» is embossed like a secret signature reserved for each of the 24 travellers for whom this limited series is intended.

This watch is a true companion for those who wish to fly high. Hermès dares to explore
another time, designed to arouse emotions, open up interludes, and create spaces for spontaneity and recreation. 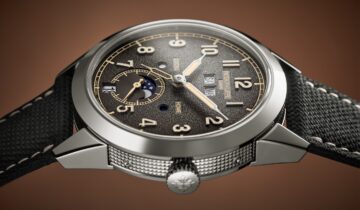 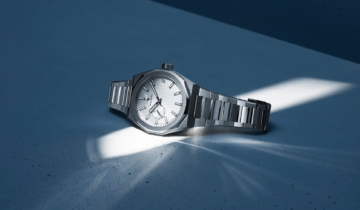 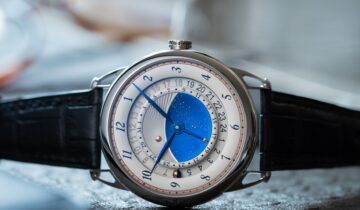