Jaeger-LeCoultre, a Maison whose name has become intertwined with watchmaking excellence, earning it the moniker “the watchmaker’s watchmaker.” Jaeger-LeCoultre has introduced to the horological world robust tool watches, elegant dress pieces, and timepieces with mind-boggling intricacies over the years, thanks to its technical expertise. However, the Le Sentier brand excels in another aspect of watchmaking – one that is more visually appealing: Rare Handcrafts, or “Métiers Rares.” This is where the Hybris Artistica collection by Jaeger-LeCoultre comes into action.

Their watchmakers are able to create one-of-a-kind calibres that reproduce these astronomical events on the wrist, bringing complications together in fascinating new ways, after mastering sidereal time – the measurement used by astronomers to track the apparent movement of the constellations across the night sky. Calibre 945 combines a sky chart with a celestial vault, a zodiacal calendar, and a minute repeater, and is further elevated by Jaeger-Cosmotourbillon LeCoultre’s — a celestial flying tourbillon – which was first introduced in 2010.

The essence of the watch is the way it interprets cosmic timekeeping for the wrist, using the dial to display our literal and philosophical link to the cosmos – unlike a traditional calendar dial, which we deduce from numerical readings.

The Manufacture created a device that can display the passing of sidereal time based on the stars, emphasising the astronomical aspect of time measurement. The celestial vault, which is located in the centre of the dial, depicts the Northern Hemisphere night sky as seen from the 46th parallel — the latitude of Jaeger-residence LeCoultre’s in the Vallée de Joux – and tracks the constellations’ positions in real time.

The Cosmotourbillon is raised beyond its simply technical role as a regulating mechanism, marking the passage of time as it completes a complete, anti-clockwise cycle of the dial in one sidereal day, enhancing this cosmic show. A sidereal day is defined by Earth’s rotation measured in reference to more distant fixed stars and lasts exactly 23 hours, 56 minutes, and 4.1 seconds, whereas a 24-hour solar day – our civil time – is defined by Earth’s orbit around the Sun and lasts exactly 24 hours, 56 minutes, and 4.1 seconds.

The month of the zodiacal calendar and solar time on a 24-hour scale is shown by a golden sun-shaped pointer located at the dial’s edge, which is required for setting the watch.

The new Master Hybris Artistica is an extraordinary movement that deserves an exceptional habillage. Galaxia and Master Hybris Artistica Atomium provide this marriage of problems a new creative expression. The multiple-level dial, hand-decorated by artists at the Manufacture’s Métiers Rares® workshop, enhances the elegance of the cosmic theme while also exhibiting the Cosmotourbillon.

For the first time, Jaeger-LeCoultre uses grisaille enamel in its collection for the star map. Graille enamel is an artistic method that originated in 16th-century France. It is unusual in that it creates a chiaroscuro impression, with half-tones and shading providing the sense of three-dimensionality.

First, the enameller must polish the dark background – generally blue or black – by layering and burning many layers to achieve the desired depth and intensity of colour. The image is then added in white enamel, layer by layer, with each stage being fired thereafter, using a super-fine brush. Because thicker enamel results in lighter areas, it must be applied with extreme care to achieve the ethereal beauty and seeming depth that make grisaille so appealing. The dials of the Master Hybris Artistica Calibre 945 depict the sky that we see above us at night with maximum craftsmanship thanks to this rarefied method.

The dials are built on various levels, dominated by a domed construction that also wraps around the Cosmotourbillon, in a subtle allusion to how the night sky appears to create a dome above us as we look at the stars. The deepest level of the dial is a midnight blue or black disc (for the white gold and pink gold cases, respectively) decorated with translucent lacquer over opaline, with transferred white inscriptions for the names of the months and the tourbillon seconds visible around the edge of the dome and beneath the tourbillon.

The dome is divided into two parts. The outer section of the dome and the inner celestial disc on the black dial of the “Galaxia” are both made of gold, with grisaille enamel portraying the planets and the star map and names of the constellations reproduced over the enamel. The term “Atomium” comes from the fine silvered metal filigree that creates the dome’s outer part, its shape resembling the lines that connect the stars to form constellations. Midnight-blue grisaille enamel and a transferred star map on the domed celestial disc intensify the visual connection to the cosmos.

Three concentric circles encircle the dials of the “Galaxia” and “Atomium,” carrying solar time indices. The hour ring is embellished with enamel over a hand-guilloché base, with affixed indexes, and the inner ring, for 24 hours, and the outer ring, for minutes, are finished in opaline.

The Master Grande Tradition case is a great match for the luxurious components’ creative dials and technical precision. It has almost 80 pieces, including a convex bezel and large bevels on the lugs; the hollowed-out sides of the lugs add dynamic tension, and the repeater slide is tapered to match the curving case sides. To maximise the play of light and emphasise the design, different surfaces are micro-blasted, polished, and satin-brushed.

An Expertise In Chiming

This outstanding timepiece also elevates Jaeger-chiming LeCoultre’s watch expertise by combining astronomical complications with a minute repeater, which is widely regarded as the most difficult and gratifying of all horological complications for a watchmaker to accomplish. The complexity of the mechanism required to convert the accurate time represented by the hands into a succession of carefully programmed strikes, with various sounds for hours, quarters, and minutes, is the technological challenge.

The creative issue is that the chimes must be pure, harmonic, and clearly audible because this is a miniature musical instrument. This never-ending search for the perfect sound has resulted in various patented innovations at Jaeger-LeCoultre, including crystal gongs, trebuchet hammers, and a quiet governor.

The new Hybris Artistica interpretations of Calibre 945 are a testament to Jaeger-LeCoultre’s expertise in astronomical watches, its commitment to maintaining a fine balance between innovation and tradition, and its unwavering pursuit of the perfect synthesis of art and mechanics in every way. 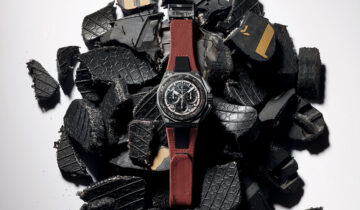 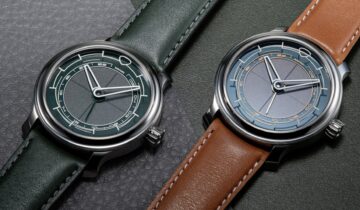 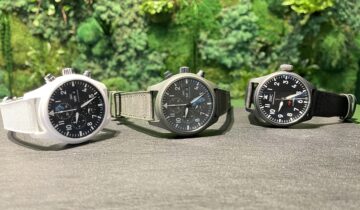