You are probably aware of the Draker rally previously known as the Paris-Dakar but did you know its connection with the House of Cartier? 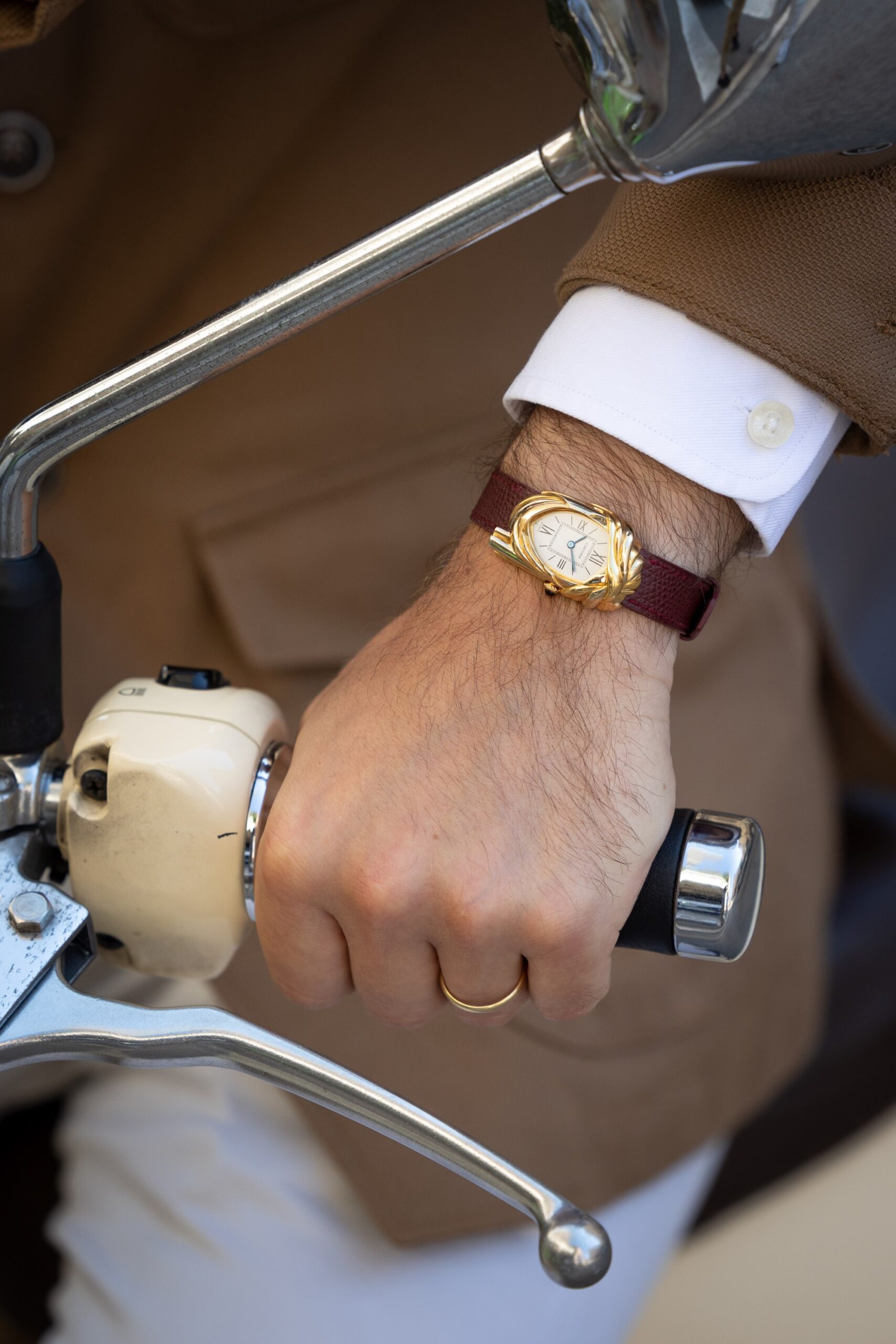 Back in 1983, on the 5th anniversary of the Paris-Dakar, Alain Dominique Perrin, Cartier’s then President and Thierry Sabine, the founder of the race and a racing driver himself curated the Cartier challenge. A 10,000km rally across France and the African desert, open to any suitable motorized land vehicles. To qualify as a worthy winner, the contender needed to win the race twice, in the same motoring category (bike, car, or truck) in two consecutive years – a feat so extraordinary that it was deemed to be nigh on impossible and, de facto, became the world’s ultimate racing challenge. The award : A bespoke Cartier Cheich watch. 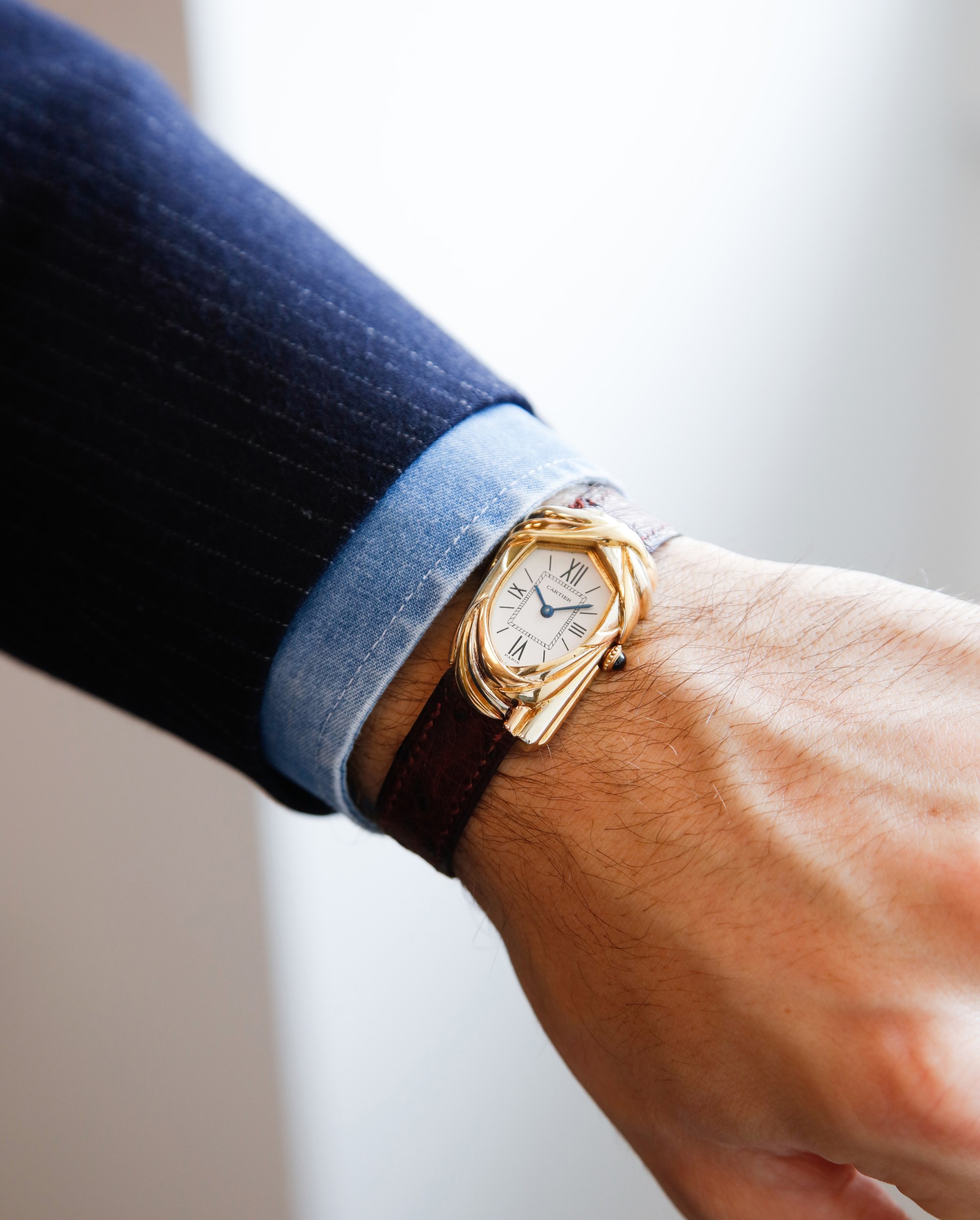 To reflect the spirit of the Paris-Dakar, the then creative director at Cartier, Jacques Diltoer took his inspiration from the rally’s logo featuring the silhouetted face of a Tuareg wearing a ‘cheich’ (or in French ‘chèche’), a traditional piece of cloth worn around the head as a protection against the sun. Only four models were ever created. The original two Cartier Cheich watches were designed in 1983, one for a man (that was awarded to Gaston Rahier), the first and only winner of the Cartier Challenge and another in a smaller case size for a potential female winner that even today rests at the Cartier Museum.

A third was created in 1985 for another possible future champion and a fourth and final piece was offered to Thierry Sabine by Alain-Dominique Perrin. It is thought that this watch may have been given, eventually, to Hubert Auriol, a famous French motorbike race driver, but it is now considered lost.

Although all three share similarities in the overall aesthetic, each feature unique design details: the sole ladies watch is smaller in size and diamond set, whilst the dial of the third watch, created after Gaston Rahier’s historic win, incorporates elongated Roman and baton indexes and no rail track. While the Cheich is one of the most important and mythical wrist watches ever made by Cartier, the ‘Rahier’ – the only one given to a winner of the Cartier Challenge – is the only example that will ever be on the market. 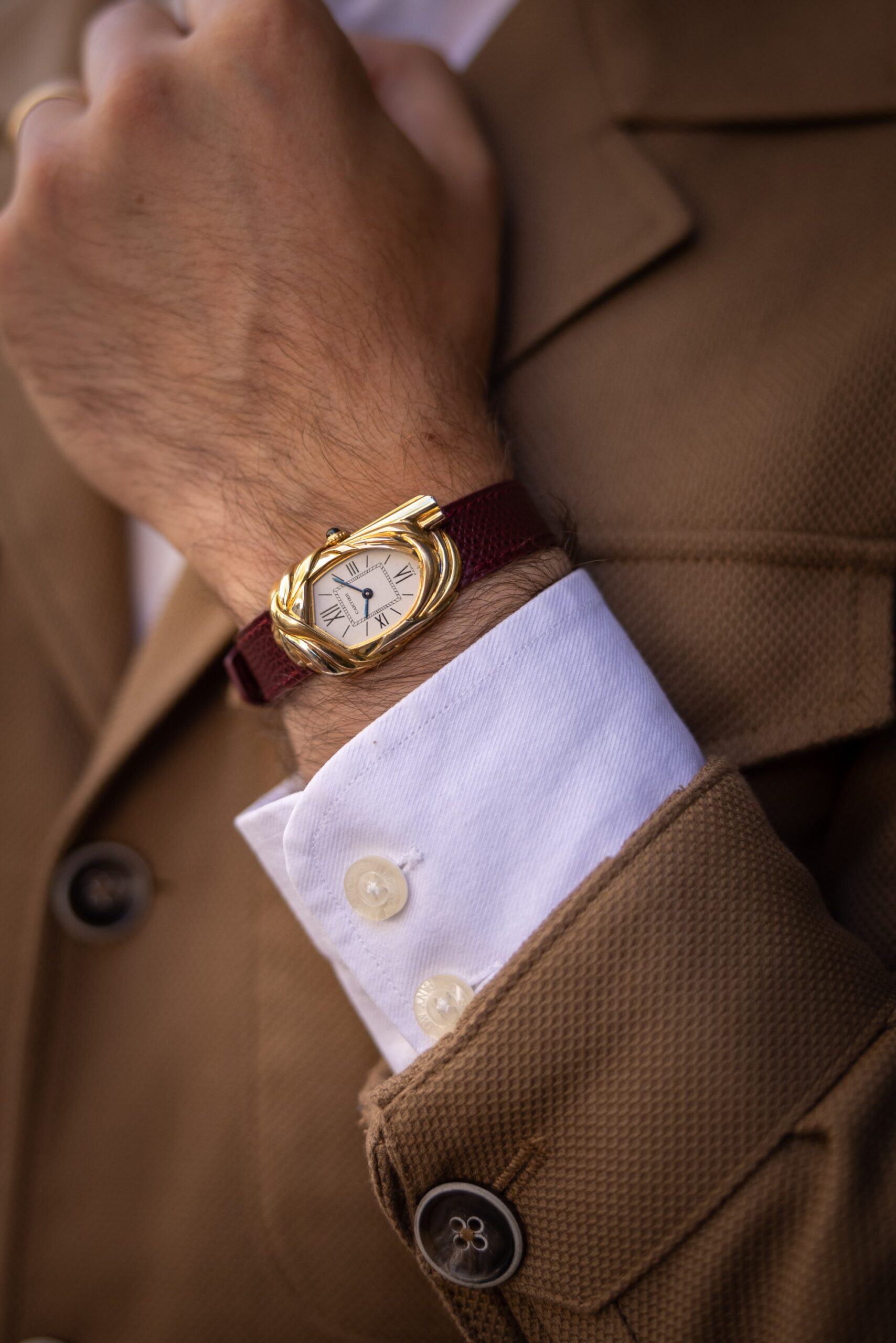 1986 marked both the end of the Cartier Challenge, and the end of the production of the Chartier Cheich. Towards the end of the 1986 Paris-Dakar Rally, Thierry Sabine was a victim of a helicopter crash in Mali caused by a sandstorm. The crash killed not only Sabine, but another four people – including one of France’s most beloved singers, Daniel Balavoine, who was then at the zenith of his fame. Although the rally ran its course that year, no one won the Cartier challenge which was cancelled shortly afterwards, after running for only four years. Today, the other two Cartier Cheich watches remain in Cartier’s collection.

Not seen in public in almost 40 years, Gaston Rahier Cheich has made an appearance. The last Cartier that made heads turn at an auction was the 1967 London Crash, but this extremely rare gold Cheich, is one of the four pieces that the Maison ever Manufactured and will be auctioned by Sotheby’s Paris this September during its Luxury Edit sale series. The watch, which boasts truly extraordinary history and provenance, is estimated at €200,000 to €400,000. 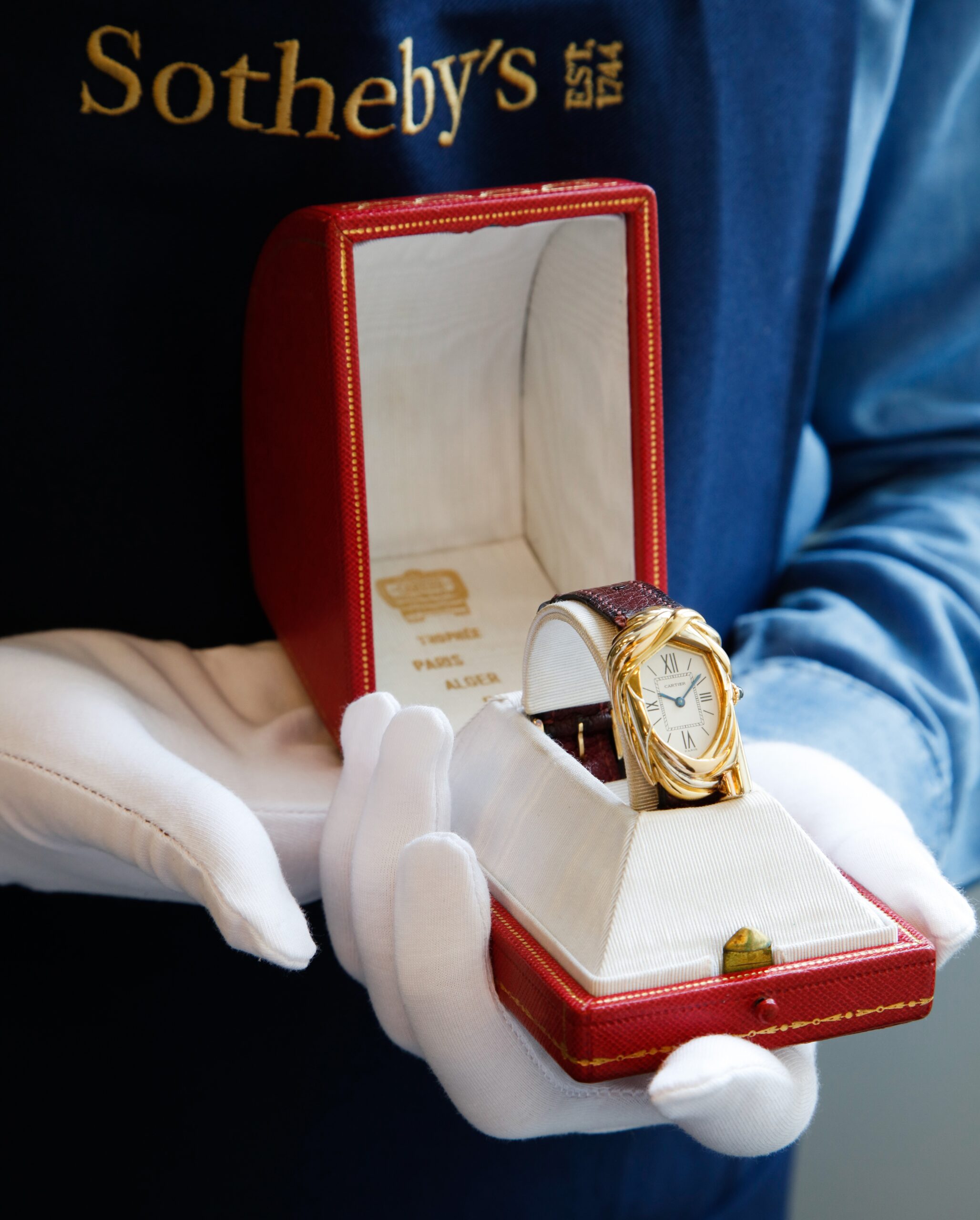 Never before had a watch adopted such a radical yet elegant shape. With the Cheich model, Cartier created an extremely audacious design that has never been replicated in the same way since. While the size of the timepiece can today be considered classic, its aura and charisma are simply staggering. 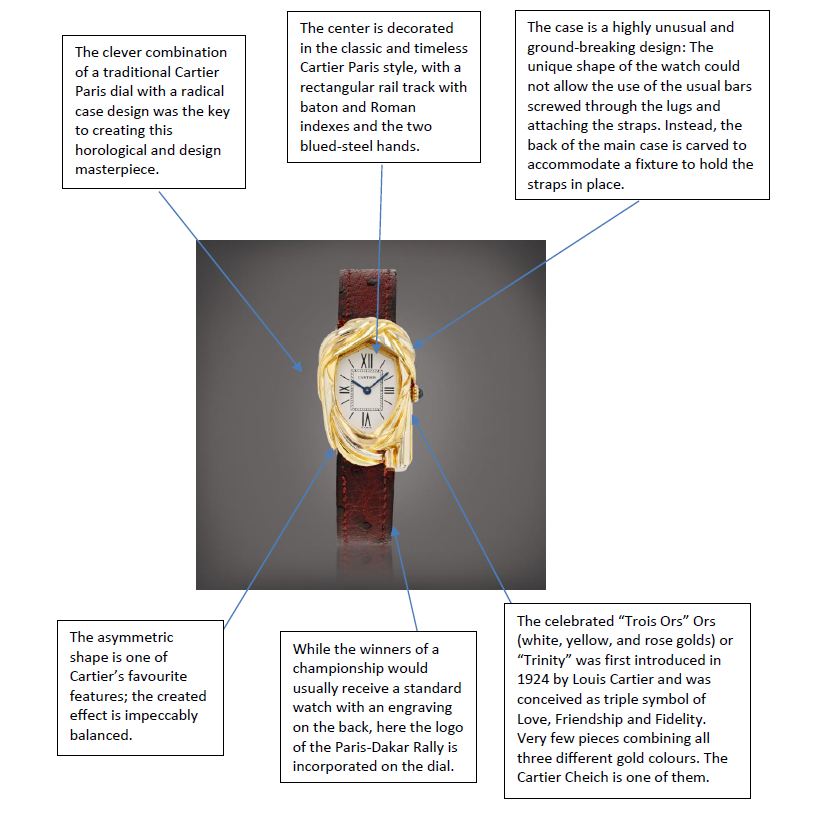 The watch comes in its original box: a bespoke presentation case in legendary Cartier red with gold detailing. Its shape is very different to any other with its curved triangular shape, reminiscent of the dunes of the desert. Inside, the lid is marked “Trophée Paris Alger Dakar” under the Cartier signature. In pristine condition, Gaston Rahier Cheich will be exhibited again in Paris before its auction on 30th September.

Truly a Watch with a History Steeped in Triumph and Tragedy 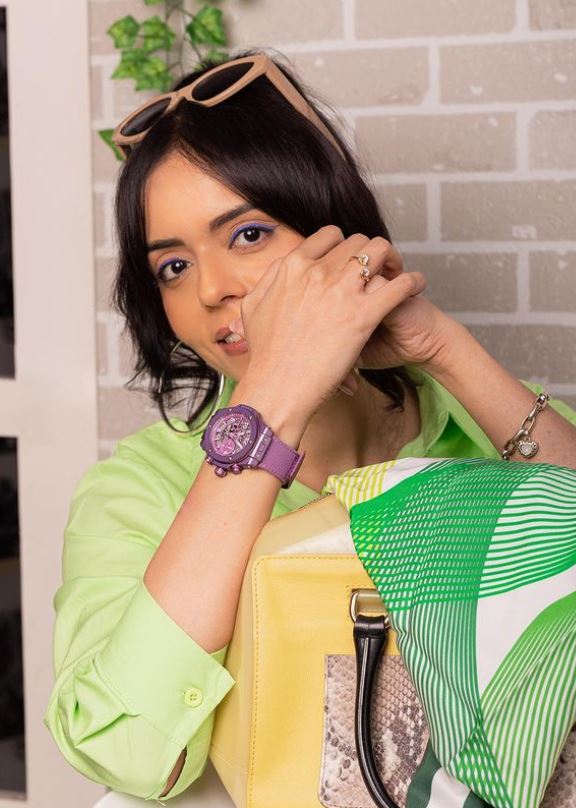 Another year, another shade. This year Hublot has taken it a notch higher with this bright purple version and I got my hands on it for a quick review. 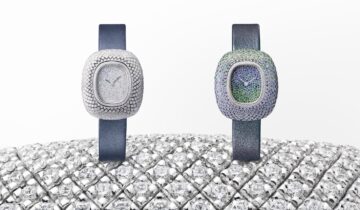 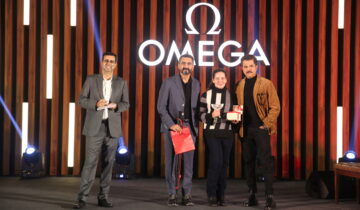 OMEGA Hosts The First Edition Of The OMEGA Trophy