Let’s decipher the dial before we look to what’s underneath.

Yes, it is a watch and no; it is not equipped with technology; where with a press of a button, one can conjure a wormhole. So, we have the hours and minutes, a small second’s indicator, 72-hours of power reserve, a 2nd time zone GMT function, 24 time zones universal time, a rotating titanium globe with universal time, cities observing summer-time – for which we Indians need not worry, expect those who have just boarded their Gulfstreams to take a break to one of their European homes, and finally a day-and-night indicator. Wait…. we’re not done, just yet, as one can only find the Quadruple Tourbillons on a Greubel Forsey. 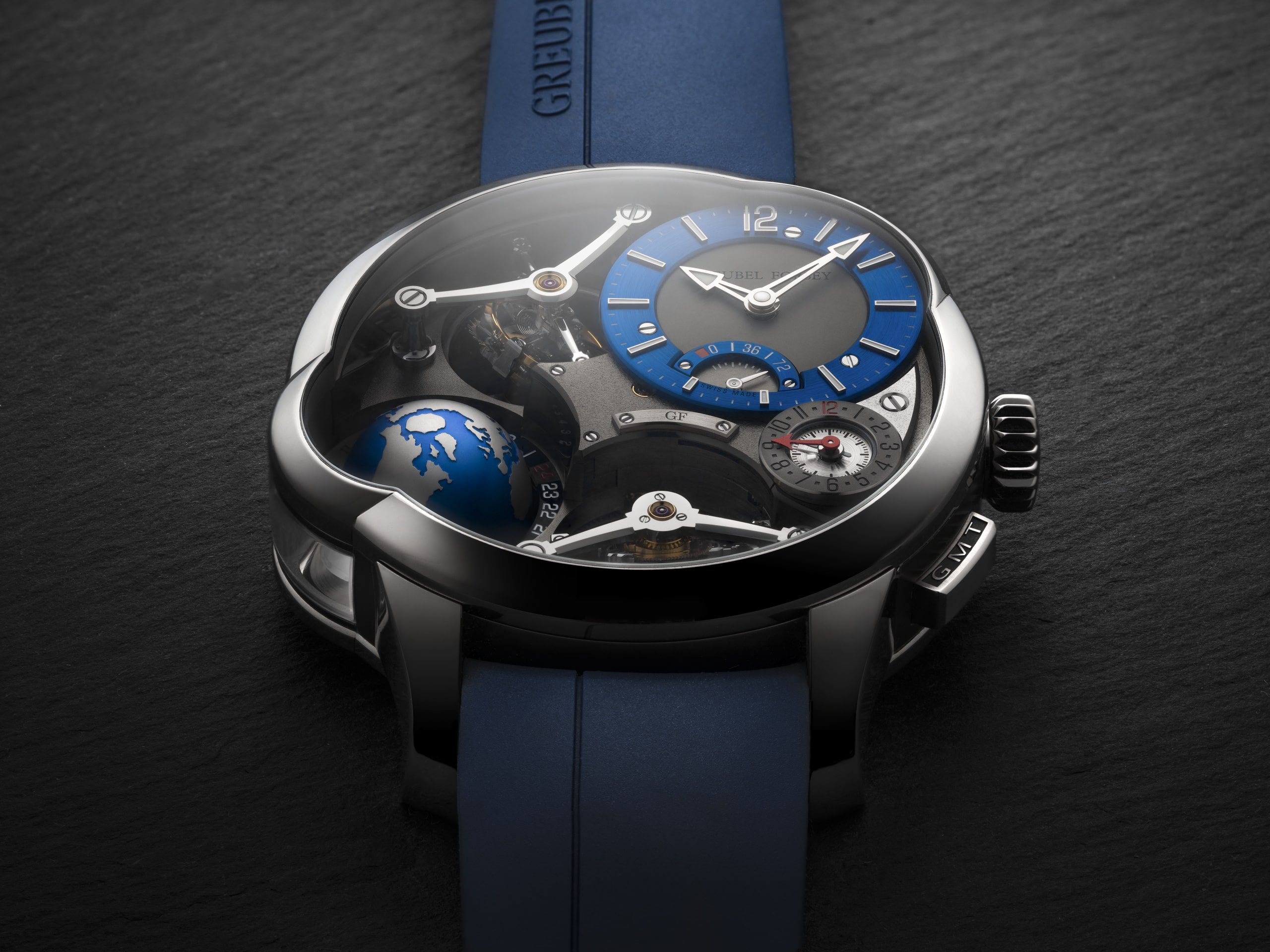 The logical question here, even once you’ve Googled ‘tourbillon’, would be that you see only 2 tourbillons. That’s where Greubel Forsey’s mastery, not in deception, but in high technical watchmaking is. The Quadruple Tourbillon is Greubel Forsey’s second Fundamental Invention, the brand’s mission: to average out positional errors due to gravity in all situations, especially in stable wristwatch positions. To achieve this, the original tourbillon has been elevated to realise its full potential: inclined at 30°, doubled and then quadrupled. The result, two synchronised Double Tourbillon 30° mechanisms, where a first cage, inclined at 30° and rotating in one minute, is nested within a second horizontal cage, completing a full rotation in four minutes. A spherical differential transmits the average timing rate of the four tourbillon cages, improving the overall chronometric performance of all the regulating organs.

It’s quite alright to re-read the above paragraph, most do, so do give yourself a pat on the back, as you are one in the majority that gets bamboozled by design and technical proficiency of Robert Greubel and Stephan Forsey, who modestly present themselves as sculptors of time, choreographers of the passing hours and architects of watch movement – with a screwdriver for a brush, a propelling-pencil for a quill, and steel or gold as our supports. 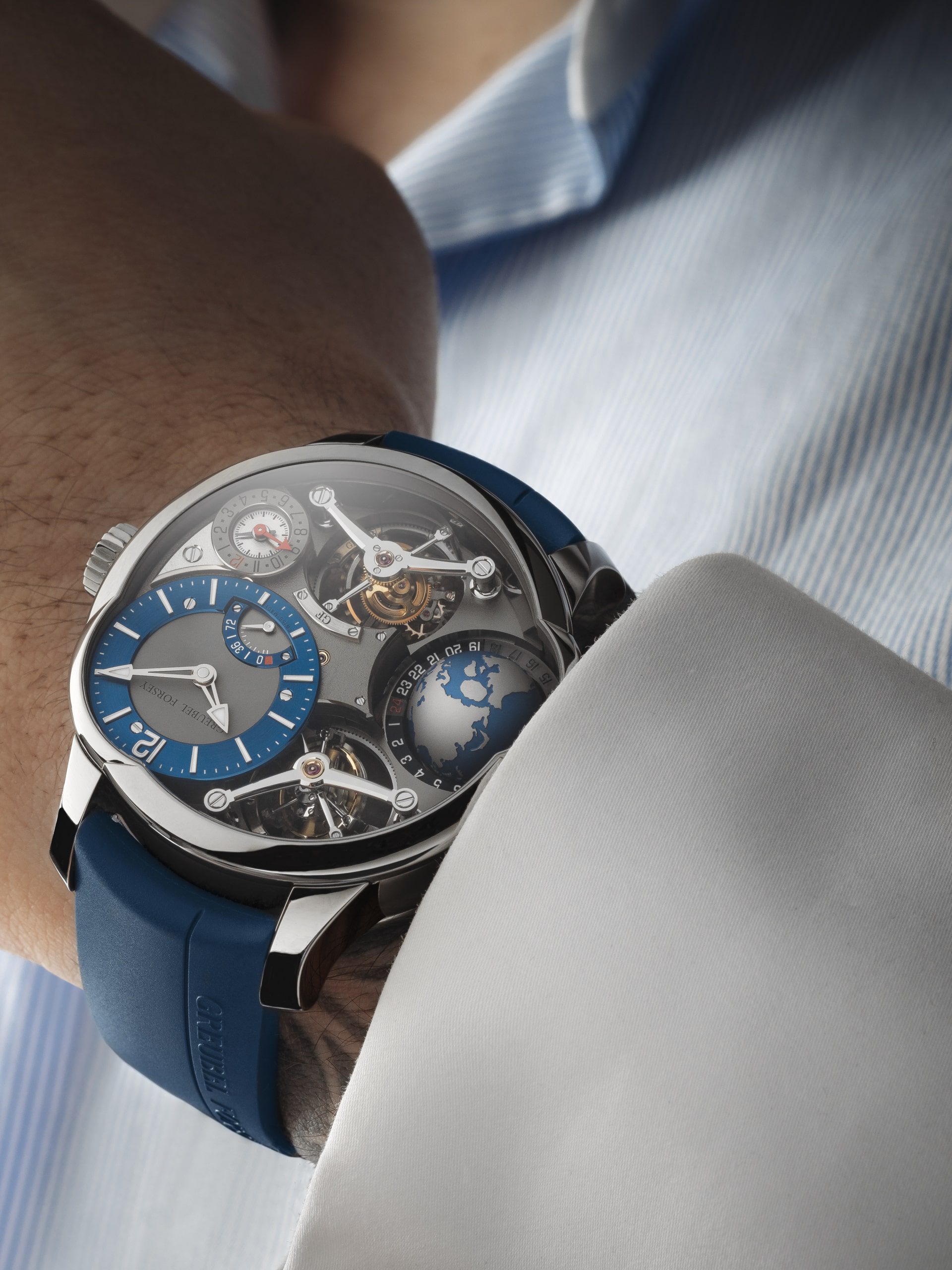 The GMT Quadruple Tourbillon is radical by design. With this exclusive 11piece limited edition in titanium with striking blue accents, Greubel Forsey offers an unexpected alternative to the precious metals that High-end watchmaking traditionally favours. Titanium has numerous qualities: it is both stronger and lighter than steel, while also being extremely resistant to corrosion and magnetic fields. With a reduction of over a third of its weight, the new titanium case offers a brand new, modern and dynamic feel on the wrist, which has inspired the choice of the new rubber strap, in order to assert this new contemporary identity. The toughness of titanium, which defines the 46.5mm case of the GMT Quadruple Tourbillon, presents a significant machining and hand finishing challenge for the components made from it, such as the GMT pusher or the folding clasp or the crown. In addition, new hand finishing details have been specially created for this timepiece. The circular-grained hour ring with polished bevels and 72-hour chronometric power reserve indication appear for the first time in a brilliant blue. The main-plate is now frosted and spotted with polished beveling, countersinks and straight-grained flanks, executed in a grey finish. 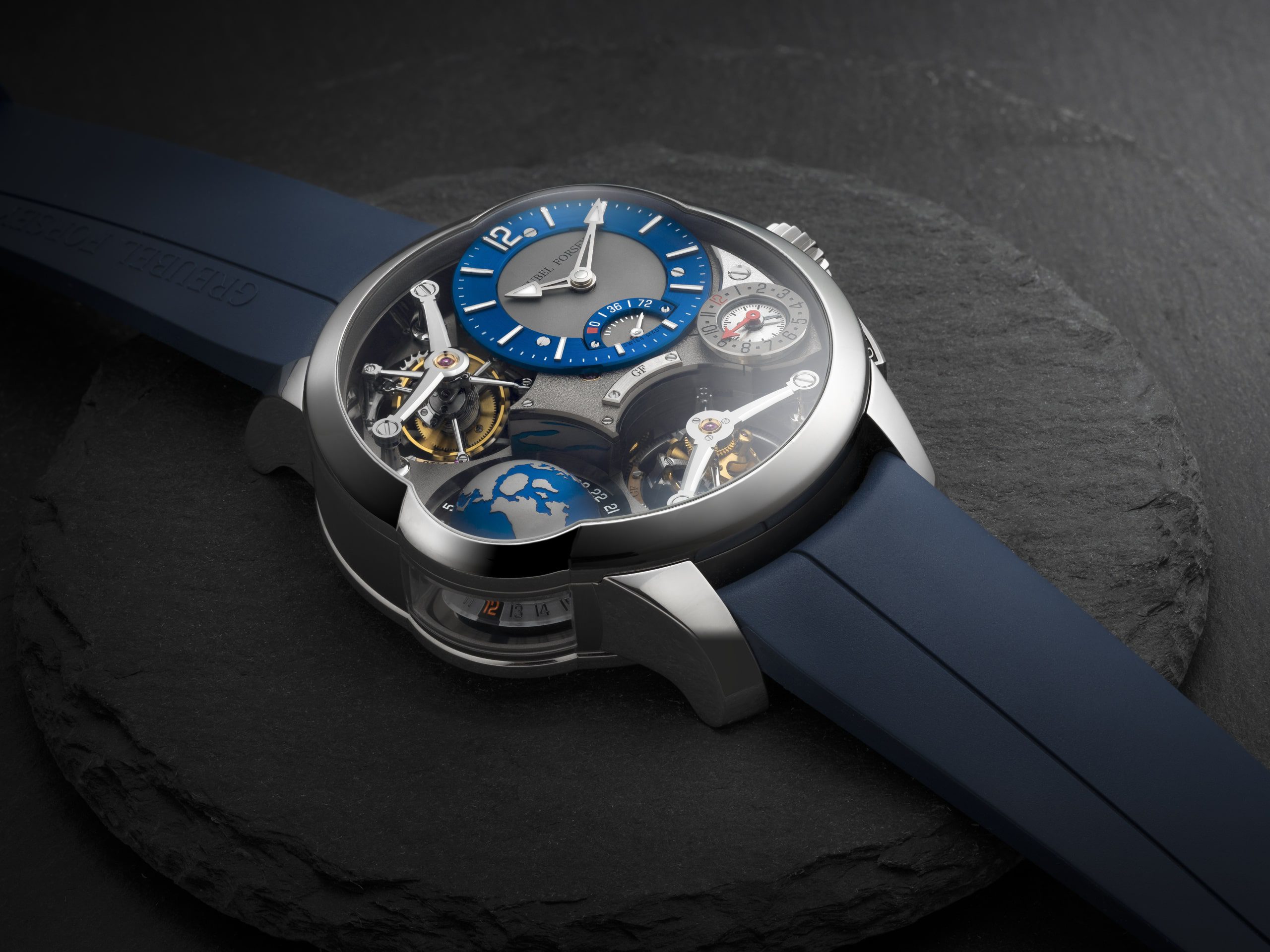 The Planet Earth, set near eight o’clock, shines in a new light with the blue livery. An original Greubel Forsey creation from ten years ago (2011), the rotating terrestrial globe allows for the simultaneous display of several different time zones: on the dial side, with a 24-hour ring around the Earth, for Day/Night indication and on the case- back side, displaying 24 major cities their respective time zones while distinguishing between those which use summer-time (on a light coloured backdrop), and those which do not (on a dark backdrop).The sapphire crystal window around the equator completes the timepiece, offering a complete view of the Earth in motion, with its continents immersed in the deep blue ocean waters, complimenting the exquisite blue finish of the power reserve, hour circle and strap. 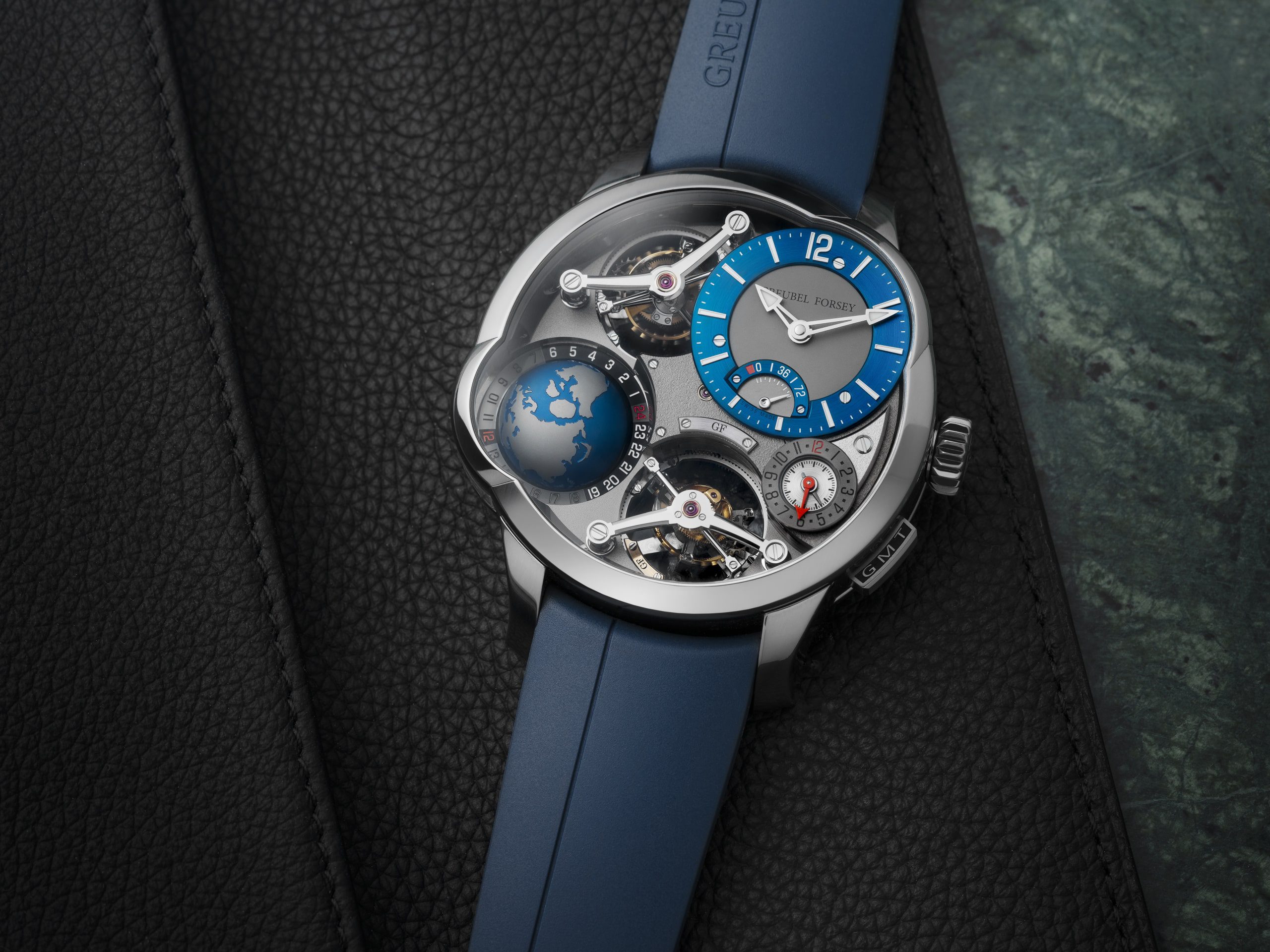 705 components housed in the movement, 260 parts within the 4 Tourbillon cages, the spherical differential comprising of 28 parts, we write these as these are the only numbers we would like to concentrate on, cause most of us will be swooning when we find out the price of this exquisite piece of horological art. 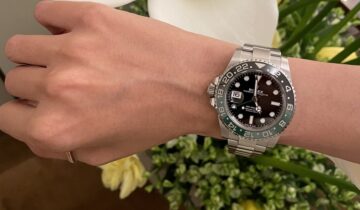 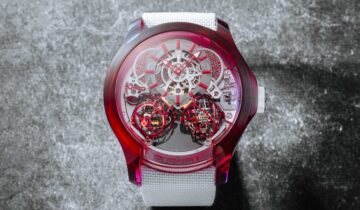 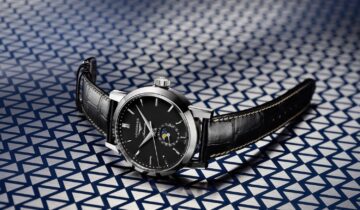