Innovation is the key to survival. To transform an idea into a reality is quite a noteworthy achievement in itself. Year after year watch brands deal with the pressures of catering to their clients by inventing new patents, new designs and various ways to enhance the accuracy of your timepiece. Keeping up with the demands of the 21st century while respecting traditional mechanical watchmaking and then having the courage to implement those inventions in an industry that could be quite brutal with their opinions is quite a notable achievement. Let’s face it, not all their ideas translate into innovations but all that research and development does come at a substantial cost. Well, everyone’s definition of innovation will be different and divergent and rightly so. Here are some of our picks of visual innovations of 2021. 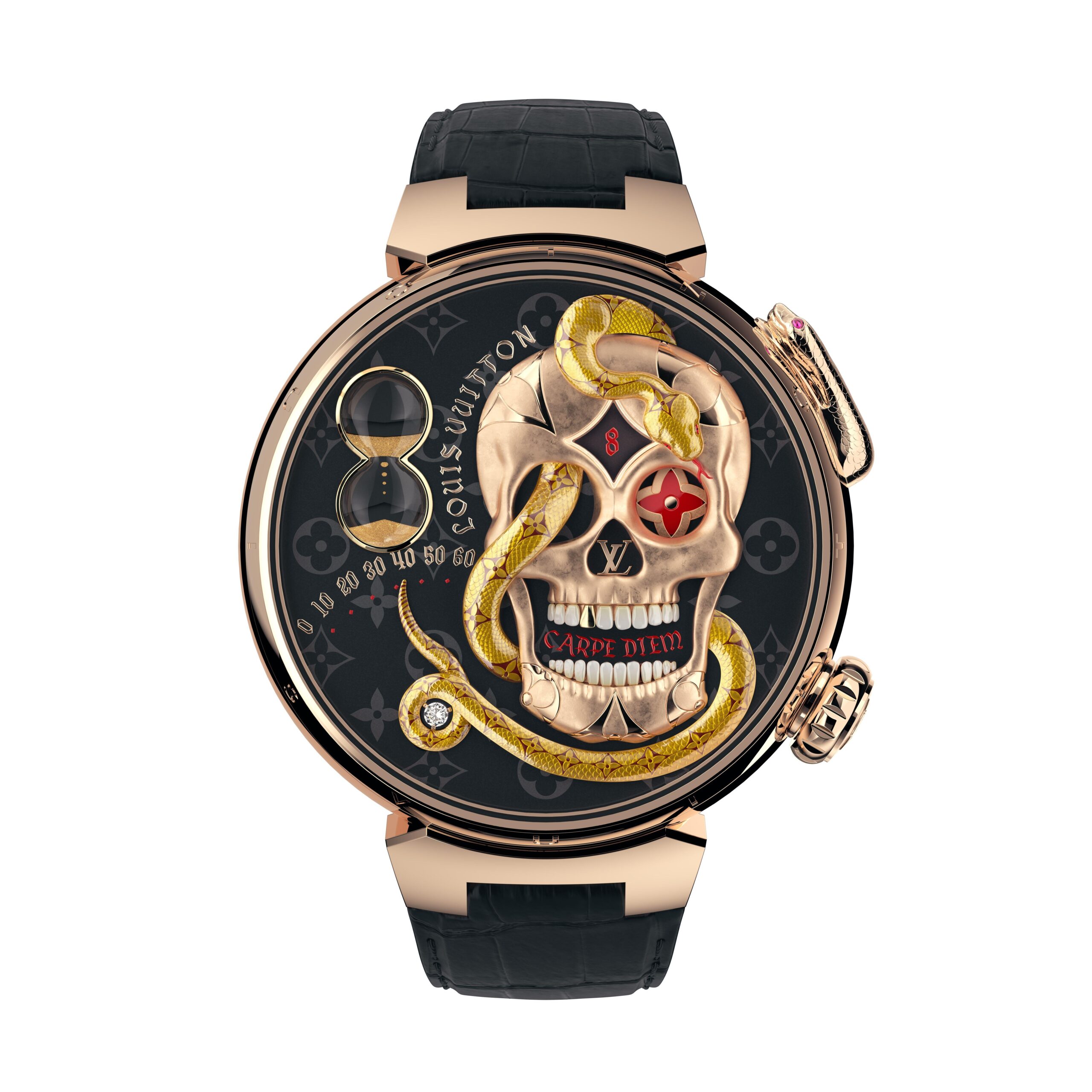 At first glance, this display can be quite confusing, well, I was surely confused. On the Tambour Carpe Diem, the time can be read on demand. To reveal it, simply push the reptile-shaped push-piece on the right of the case. The central snake’s head lifts up to reveal the hours on the forehead of the skull, while the rattlesnake tail oscillates towards the minutes, placed below the power reserve hourglass. While Monogram Flowers appear in lieu of an eye, the skull’s jaw emits a mocking laugh from which emerge the words “Carpe Diem” – “Seize the day”, in the words of the poet Horace, encouraging people to make the most of every passing day. This amazing spectacle, which lasts for 16 seconds, is all the more remarkable as the reptile and skull move in such a bafflingly harmonious way. The readability of this unique complication watch is peerless. 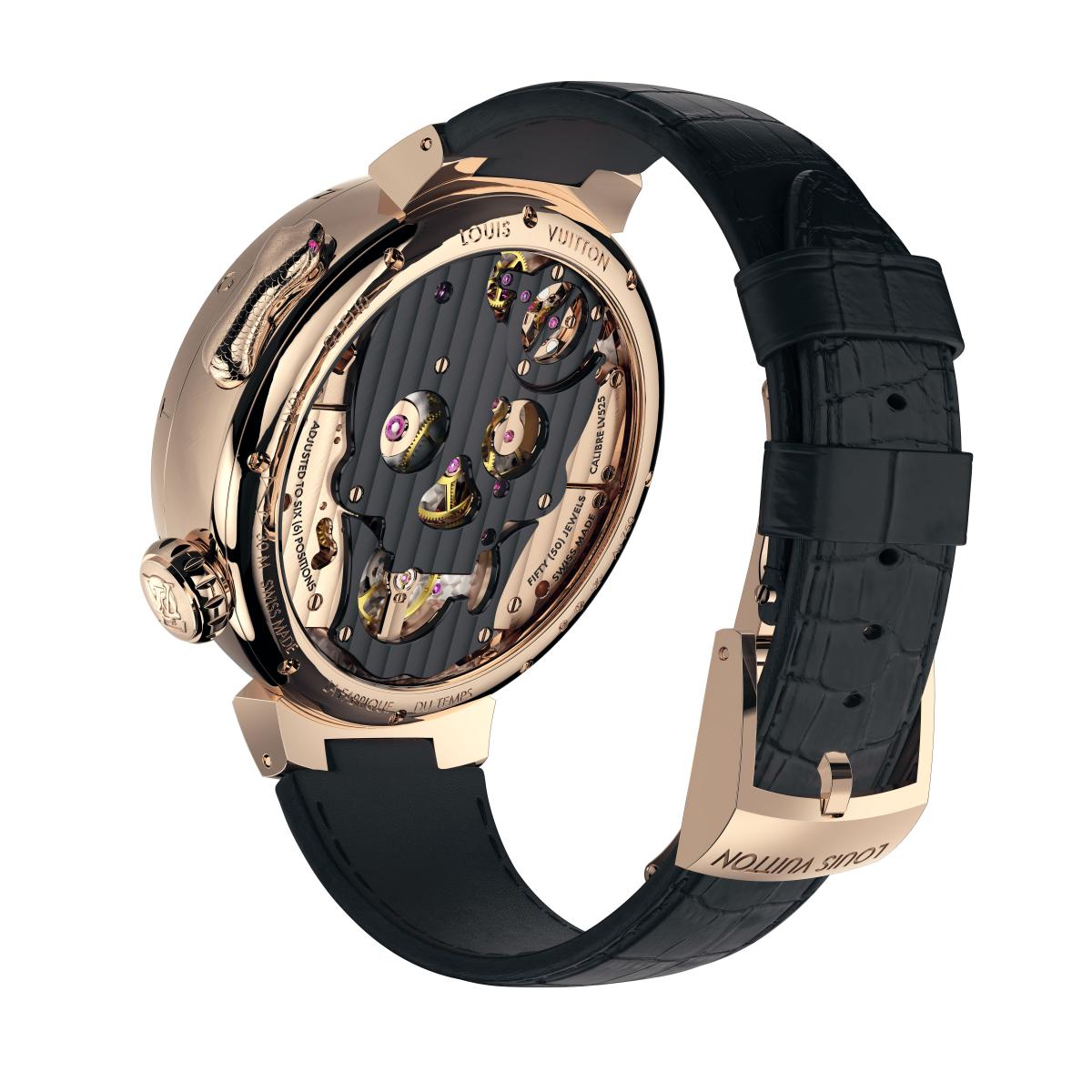 Entirely developed and assembled at La Fabrique du Temps Louis Vuitton, this calibre LV 525 demonstrates true high-watchmaking prowess and is currently the subject of several patent applications. The functions involve the jacquemart mechanism featuring 4 animations, jumping hour, retrograde minute hand and power reserve indicator Another unique feature of the Tambour Carpe Diem is the design of its movement. Visible on the back of the timepiece, the calibre has been assembled in the shape of a skull, echoing the Vanitas on the dial. 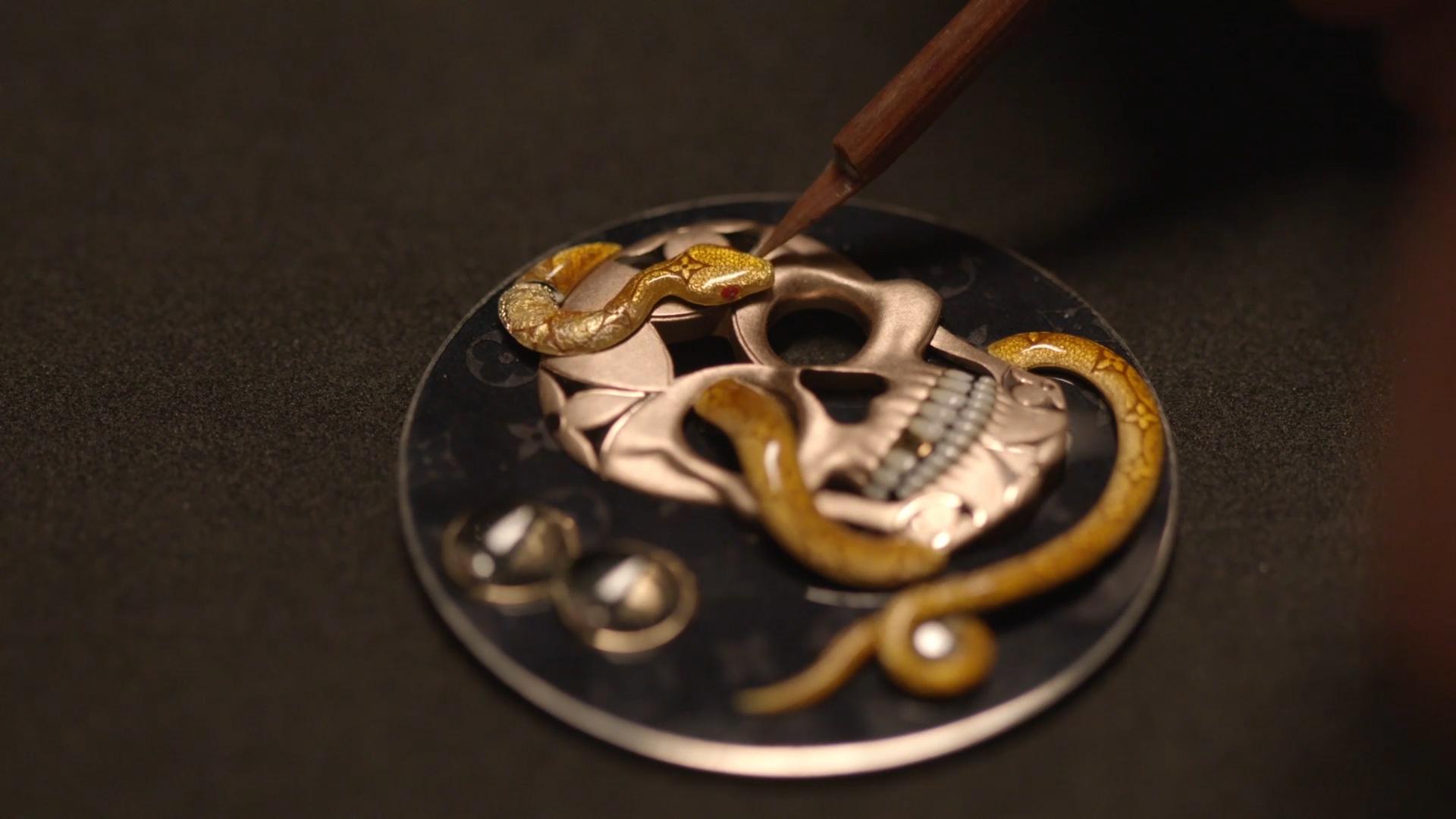 The enamelling and miniature hand-painting of the dial, the snake and the teeth are executed by none other than by renowned enamel artisan, Anita Porchet, while the hand engraving, including that curved hourglass are done by Dick Steenman. Both positive and immersive, this one of a kind Tambour Carpe Diem, took Louis Vuitton two long years of development. “Carpe Diem” indeed. 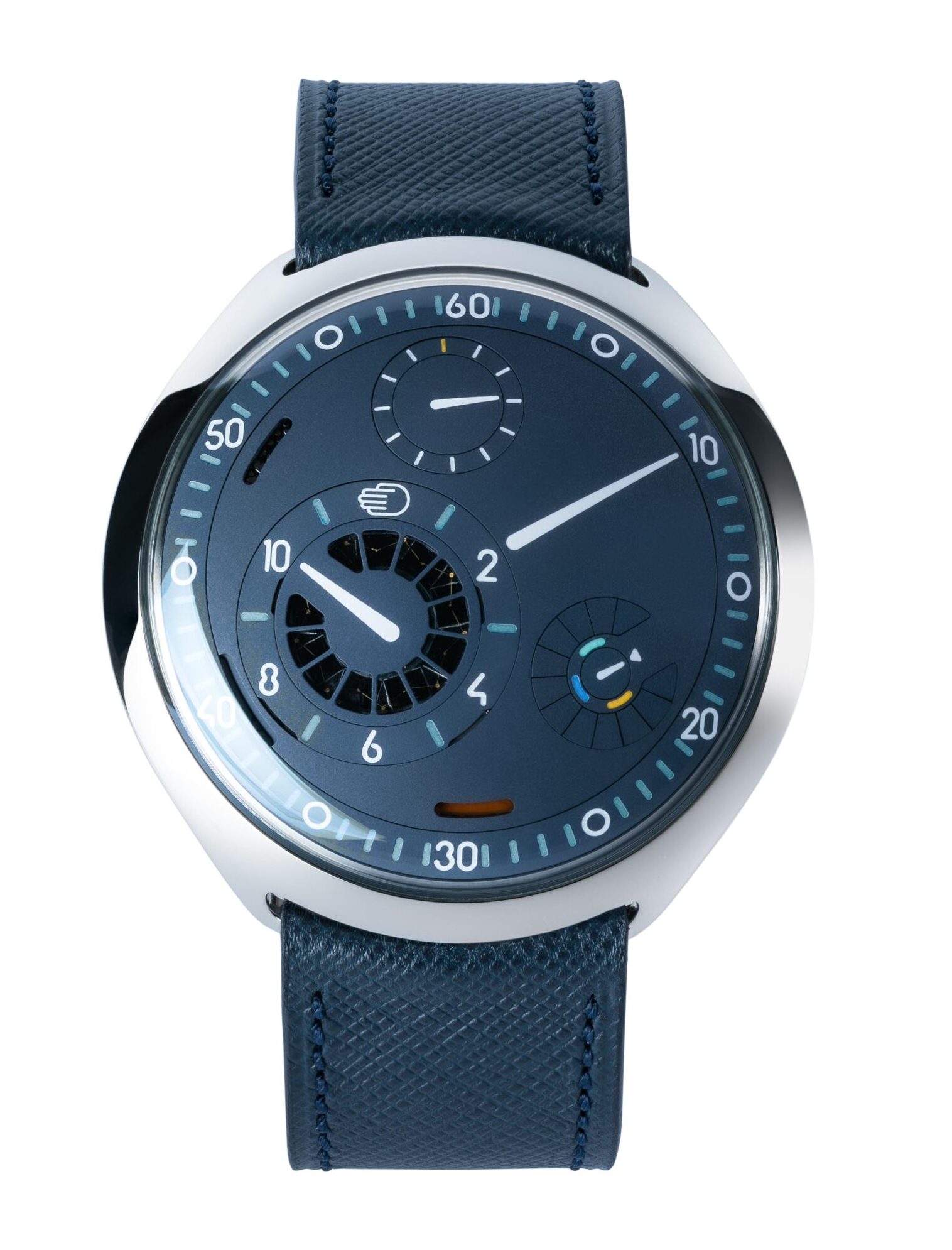 What if you could trust and rely on your mechanical watch just as you would your phone? Now the Type 2 was first introduced as a concept in 2018 and entered full production in the following year. What makes this watch so unique is the patented e-Crown functionality. Now although the watch remains entirely mechanical, it relies on the harmonious integration of mechanical and electronic elements to ensure that at an instant’s touch, your watch will always be correctly set. From now on, no matter how long the watch is left without running, a double tap on the crystal will return it to the correct time. The system is even able to detect when the watch is no longer being worn, and will stop the movement before it exhausts its power reserve, ready to be re-started when you pick it up again. This means you should never need to wind or set the watch again. Now that’s what I call an innovation! 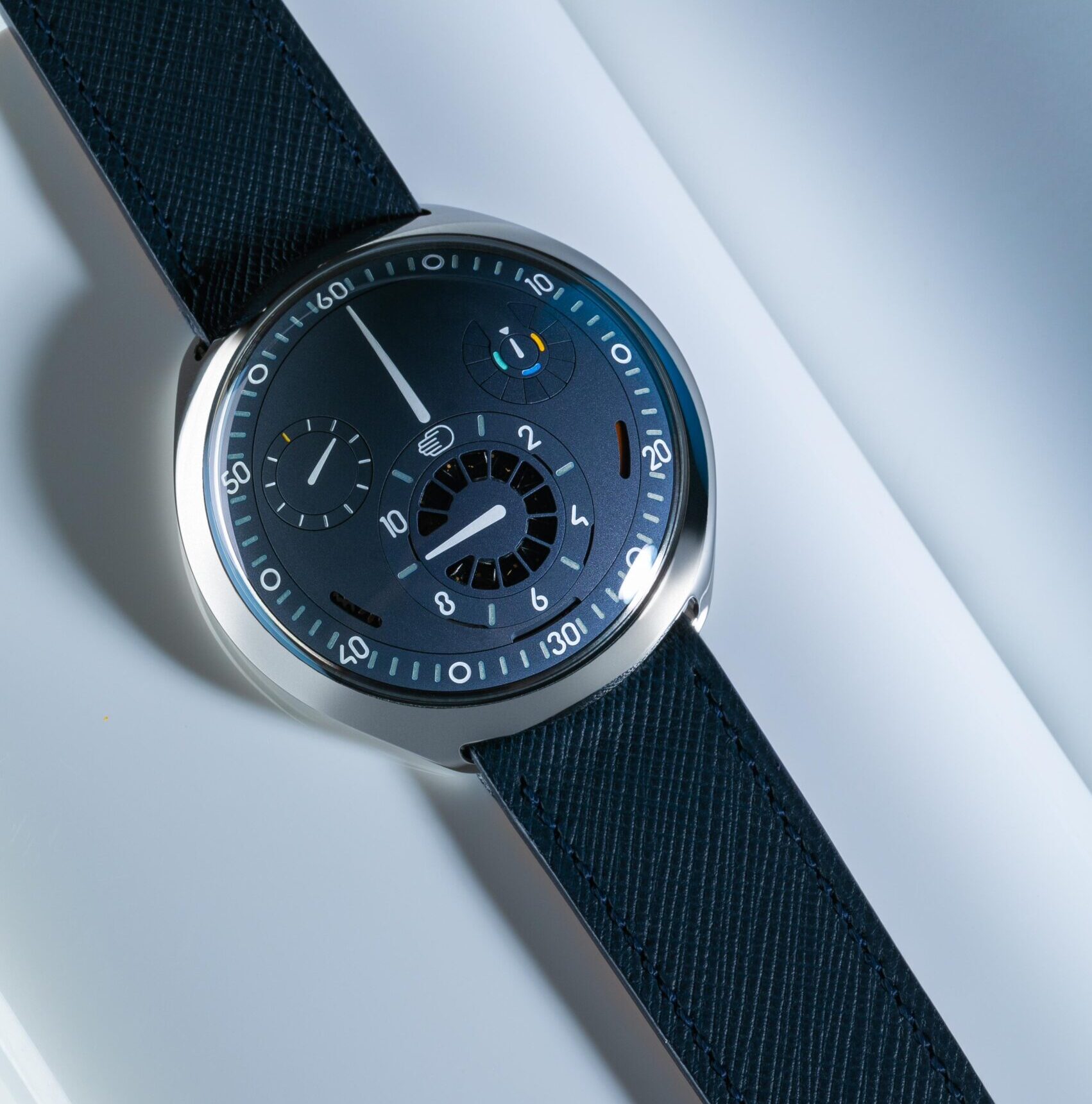 The e-Crown also allows a second time zone to be stored, and is equipped with a Bluetooth module to allow control of the time via a smartphone app – particularly useful for frequent travellers. The watch, however, remains entirely independent of the phone. Each of the four e-Crown modes are accessed via tapping the crystal and indicated by a coloured subdial (Time zone 1: green, time zone 2: yellow, Bluetooth app communication: blue and e-Crown off: white arrow). Like all Ressence watches, the Type 2N features a lever set into the caseback which is used to manually set the time. 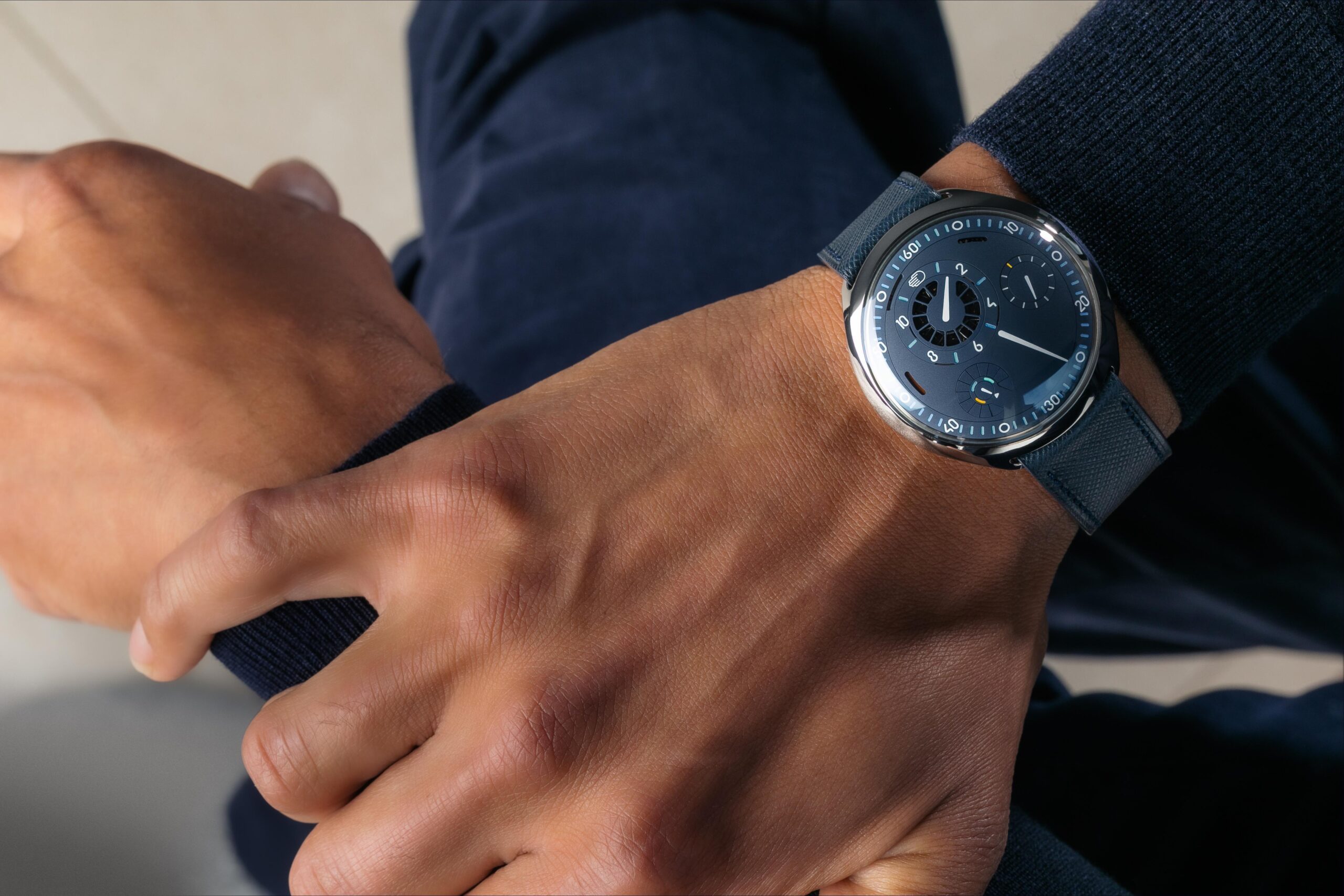 Adding a sustainable angle here, the Type 2’s e-Crown system is powered by light, thanks to an array of photovoltaic cells concealed beneath the dial. For the first time, the hours, minutes and seconds are presented in the same flat plane, making it easier and more intuitive to read the time. This was thanks to the ROCS (Ressence Orbital Convex System), an invention years in the making that allows each ‘hand’ to orbit each other in an ever-changing dial, while always maintaining the correct angle between hours and minutes. The Type 2N ‘Night Blue’ becomes the third watch in the Type 2 range. 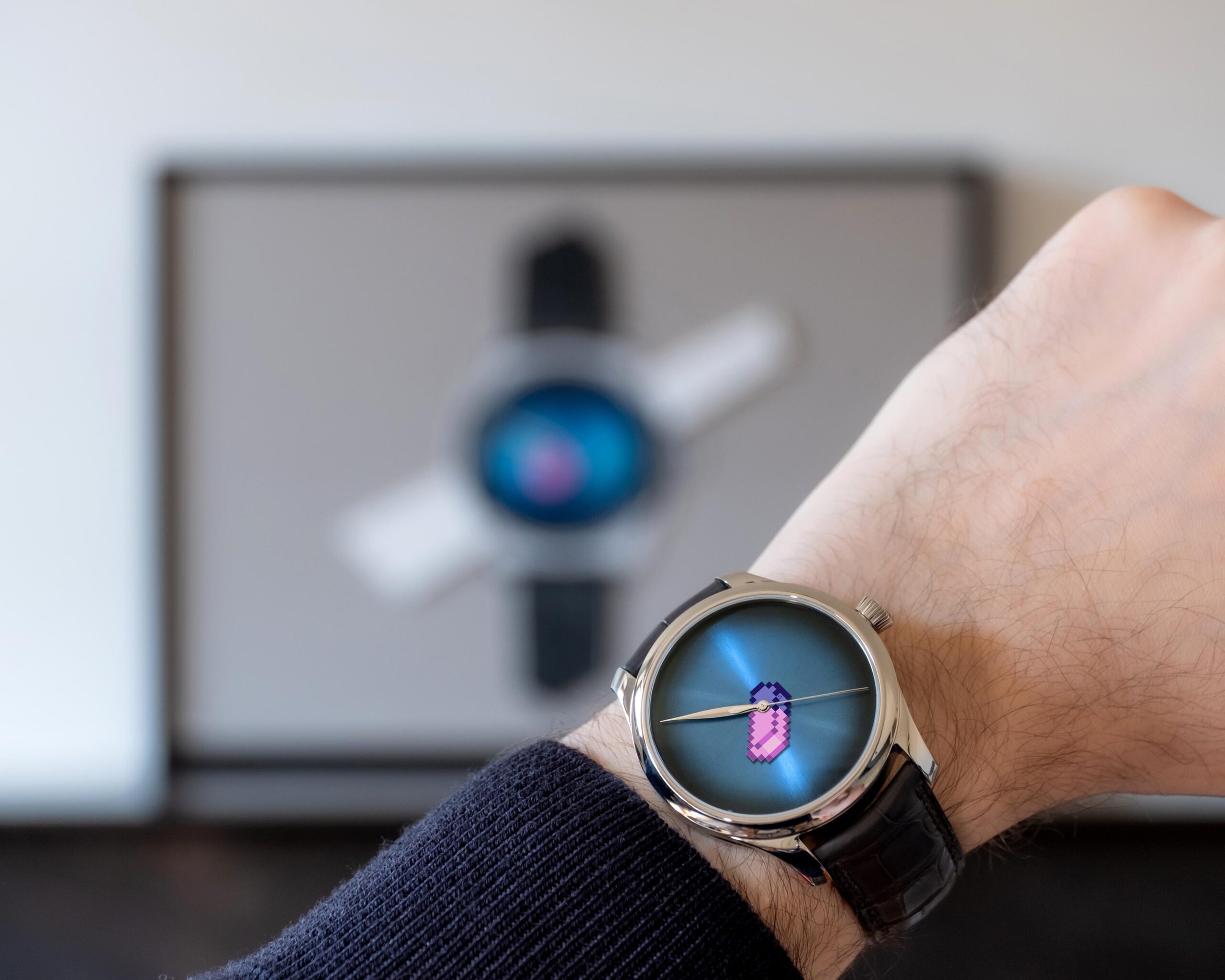 Catering to the belief that a true connoisseur buys a watch for its intrinsic value and not for its branding, H. Moser & Cie. introduced the Endeavour Centre Seconds Concept X in collaboration with Parisian artist seconde/seconde/. The traditional hour hand here is replaced with a vividly coloured pixelated eraser. Yes you read that right! Retaining their minimalistic approach, the logo too has been completely “erased”. Takes you back to the early days of watchmaking when only the movement was sometimes signed. 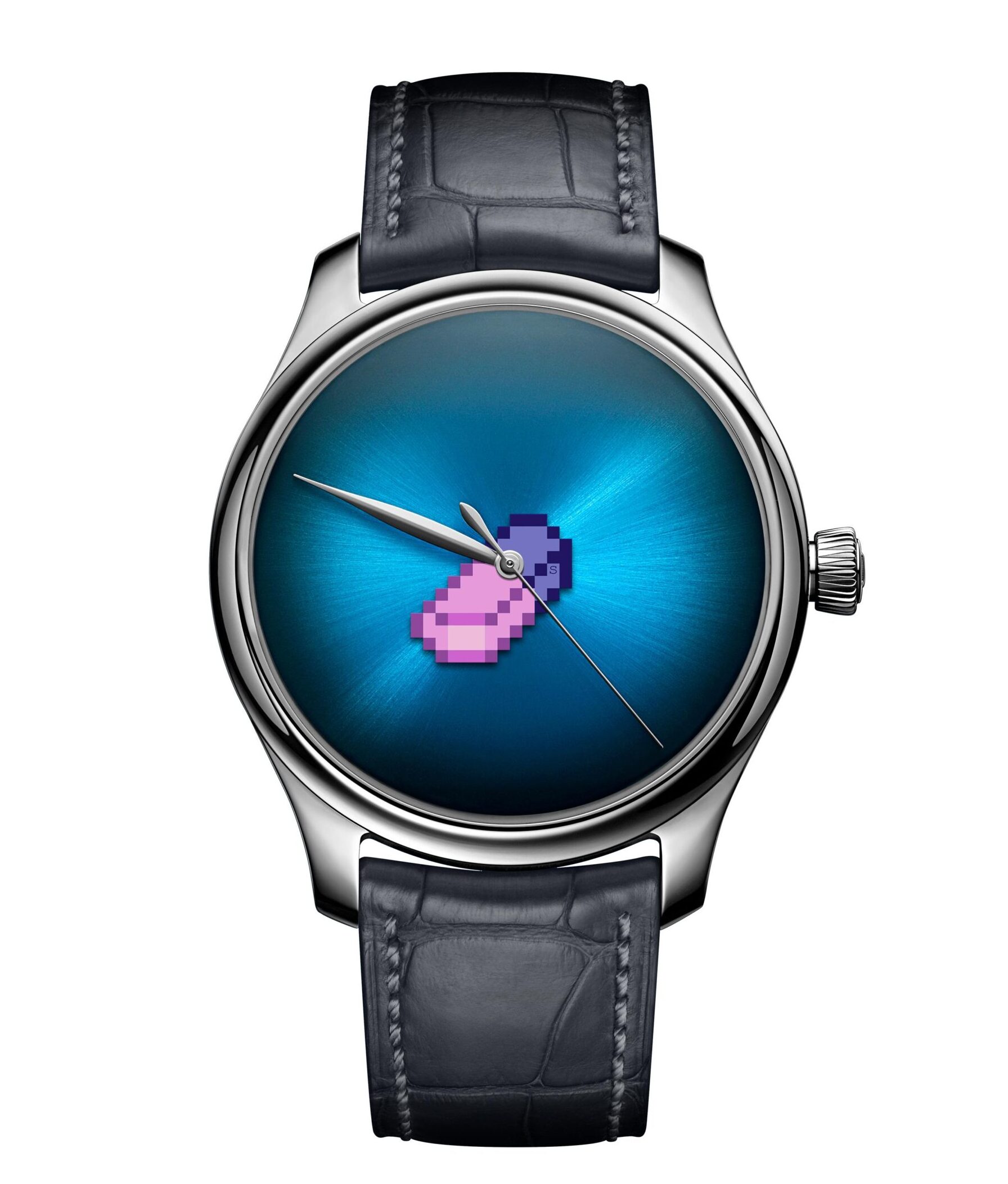 “The “hand swap” – this principle designed to switch one or more hands on an existing watch – has become my signature and, for me, it is driven by a latent disrespect impulse. I want to upset the balance. Create disharmony. This dissonance is my way of disorienting the product, deconstructing it. So that I can then reconstruct it. To reveal an unknown facet or show another perspective. My perspective. The eraser, I see it as a banal everyday object which is taking power over the prestigious exceptional object. It is a metaphor for removal and for minimalism – notions clearly dear to H. Moser – but also a metaphor for that constant striving effort, for these fruitless attempts, often hidden from view, that we erase a thousand times before solving the equation, before successfully completing this work. To sometimes find what you seek, you must constantly make mistakes, and erase”, says Seconde/Seconde/.

This Funky Blue fumé dial powered by the self-winding calibre HMC 200 limited edition is 20 pieces only. Traditional watchmaking with an element of fun, yet delivering a subtle message “Erase Time”! 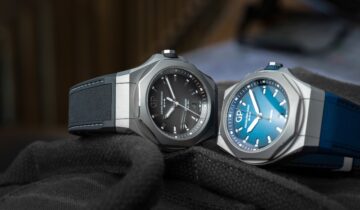 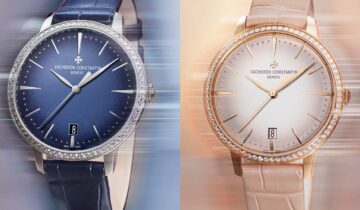 Geneva Watch Days 2022 : The Physical Show Is Back!