The UEFA Champions League holds a special place in the hearts of players and fans alike. It brings together the best teams and the best players for an exciting tournament that unites people and leaves them with lasting memories. It doesn’t matter which kit, player, or team you’re rooting for, there is one watch that is the common denominator in this passion for the beautiful game: the Big Bang Unico UEFA Champions League. A watch made to capture the best moments of football such as the fastest goal in UEFA Champions League history that was scored just 10.12 seconds after kick-off1 or the times when tactical switches in the final minutes of the game completely change the winning score. 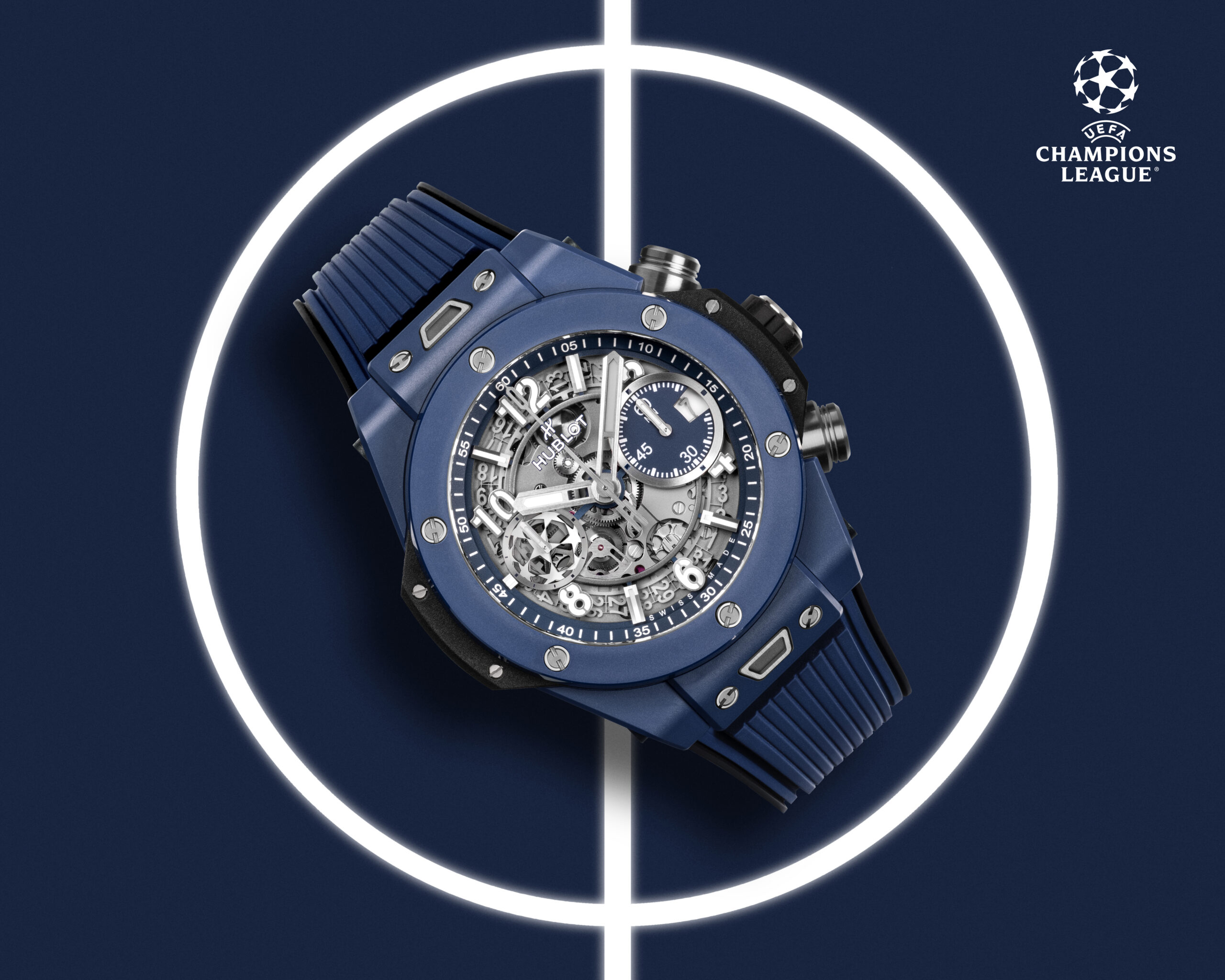 Time which, for the UEFA Champions League, is marked in partnership with Hublot. For 7 years, all the decisive moments in the competition have been measured in Hublot time, on the referee board, where the exact minute and second of each goal, each card, each entry on the pitch, and each win are recorded. Memorable moments with which Hublot has been associated since 2008 with an initial collaboration with the UEFA EURO which then became a long-term partnership in 2012 as timekeeper and official watch. Then in 2015, Hublot became timekeeper and official watch for the UEFA Champions League and the UEFA Europa League. Hublot is also the official supplier of the referee’s watches. Since 2018, Hublot has been the partner of the UEFA Europa Conference League (UECL) for the first 2021-2022 season and since 2019 for the UEFA Women’s Champions League To celebrate seven years of collaboration and great football, Hublot is launching an exclusive edition of the Big Bang Unico, limited to 100 pieces.

For this new limited edition of 100 pieces, the Big Bang Unico sports the iconic UEFA Champions League blue, cut from micro-blasted ceramic. The key moments on the pitch are timed with the Unico 2– Hublot’s manufacture chronograph movement – a more complicated and advanced movement for irreproachable reliability.