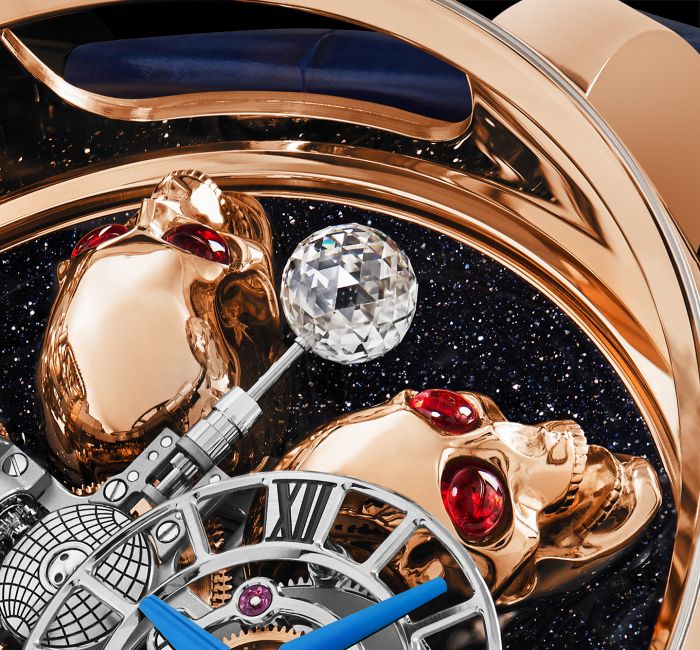 The Astronomia Four Skulls presents itself as a crypt of skulls sculpted out of 18K rose gold with cabochon ruby eyes. The skulls are entwined within the iconic Astronomia four-arm vertical movement with its well-known satellites. The 50mm 18K rose gold case reveals the iconic Astronomia four-arm vertical movement with a skull placed in each quarter of the dial set on an aventurine base. One of the most prominent features of the three-dimensional skulls are the cabochon ruby eyes. 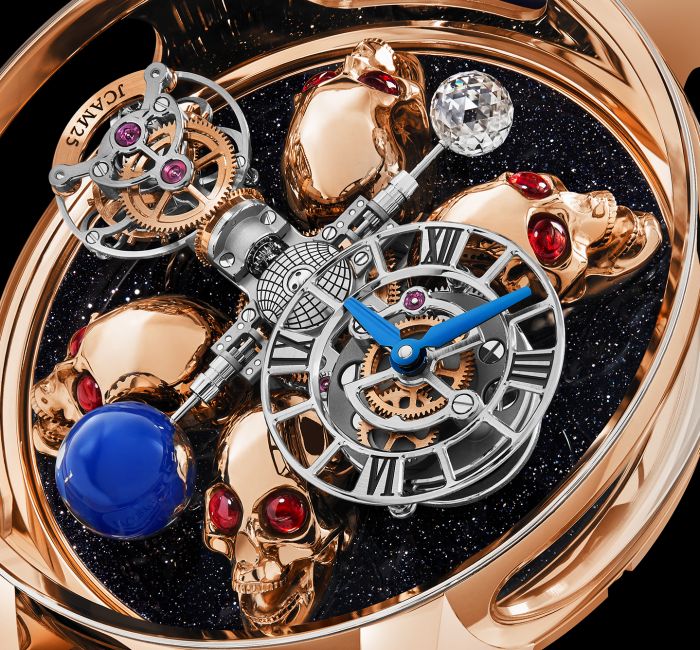 The double axis tourbillon of the Astronomia Four Skulls is at the forefront of modern watchmaking. The delicately decorated cage encapsulates the balance wheel, hairspring, escape wheel and several other important components. Characterized by this openworked cage, this outstanding tourbillon rotates on two axes simultaneously. It is a constellation of superbly finished components that, when expertly assembled and fine-tuned, allows the Astronomia caliber to keep accurate time throughout its 60-hour power reserve.

A full rotation on the 1st axis takes exactly 60 seconds, and the second axis takes five minutes. This result is a bold new way at how tourbillons can function, when engineered with cutting-edge, ultra-modern technologies and timeless horological heritage in mind.