A star, eight planets, 175 satellites, and billions of interplanetary dust particles make up our solar system. Humans, on the other hand, spend their entire lives surrounded by only two heavenly bodies: the sun and the moon. They have been portrayed in all faiths, embodied in every symbol, and enthralled every society since the dawn of time. The new Moonstruck Worldtimer is based on their familiar route through the sky and their power over the tides. Simplicity through watchmaking eloquence: this new model remains the only watch to depict the movements of the moon and sun in relation to the Earth, as well as a map of the tides. 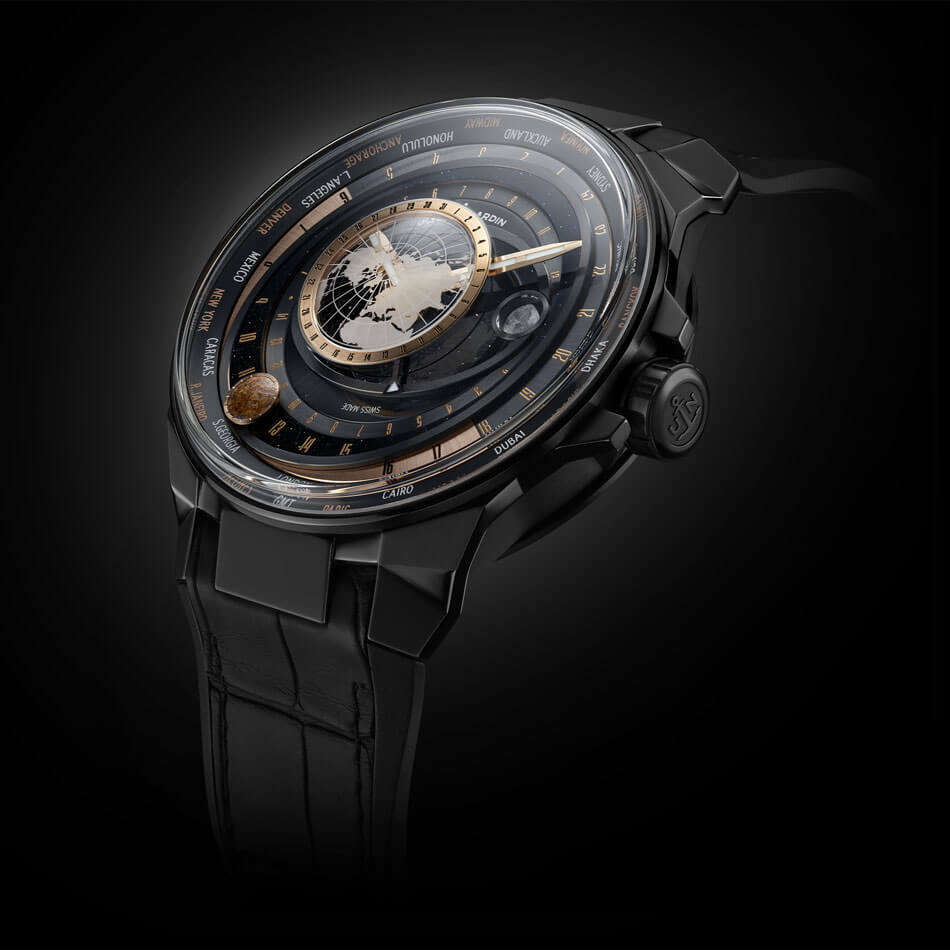 The highest sophistication, according to Leonardo da Vinci, is simplicity. This quote represents the foundation of Ulysse Nardin’s ideology. The Moonstruck Worldtimer, in its simplest form, re-creates the moon’s orbit and the apparent movement of the sun around the world. Its celestial ballet, as seen from Earth, is unlike anything previously given by an astronomical timepiece. This simple display conceals a complex system that delivers an unusually accurate indication of the moon’s phases. 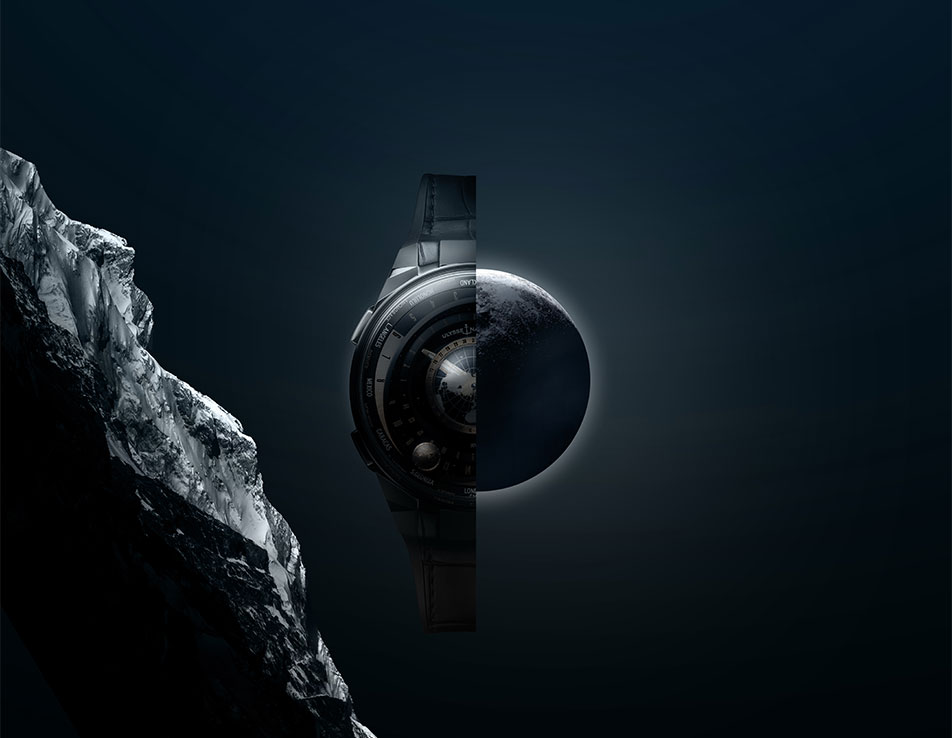 In the center of the dial, the Northern Hemisphere is depicted as seen from above the North Pole. Six o’clock in London represents the Greenwich meridian, marking Greenwich Mean Time. Three concentric discs turn around this fixed map of the world. The outermost circle features a symbol representing the sun. This solar disc, which completes one revolution in 24 hours, also sweeps over a display of 24 time zones and is equipped with a day/night indicator. These markings control the Worldtimer function, allowing the wearer to simultaneously display the time in the 24 cities inscribed on the internal flange. 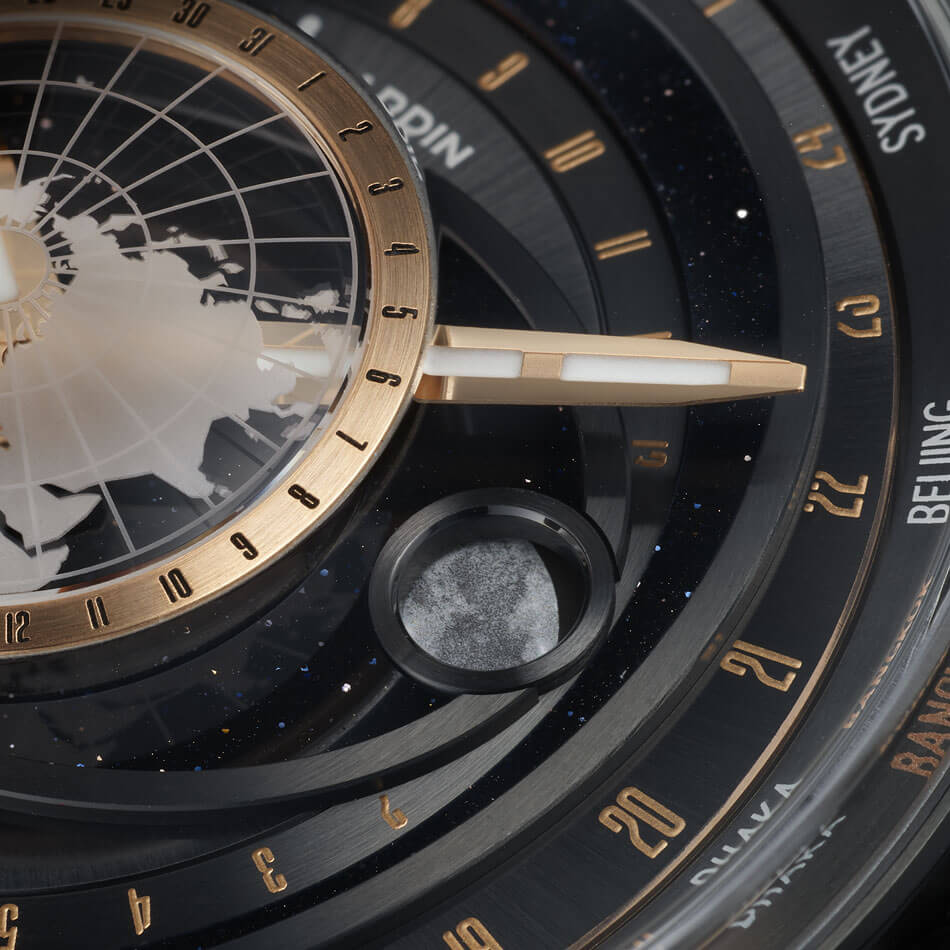 As for the moon, this appears in a lower orbit. Two discs work together here: on top, the first functions as a circular window showing the position of the Earth’s satellite; below, the second disc, in gold, shows the changing phases of the moon. By separating this unique display into two rotating parts, Ulysse Nardin has accomplished such a high level of precision that the time lag for each lunar month is just 5.7 seconds per day or one day in 40 years.

The Moonstruck Worldtimer is the only astronomical wristwatch with the bright part of the moon always facing the sun, as it does in real life, eight years after the original Moonstruck made its mark. The dial also shows a tidal chart that is particularly easy to read, as a result of the gravitational influences of these two celestial bodies, as well as the centrifugal force exerted by the Earth’s rotation. The influence of the oceans is either exaggerated or cancelled out as a result of this. 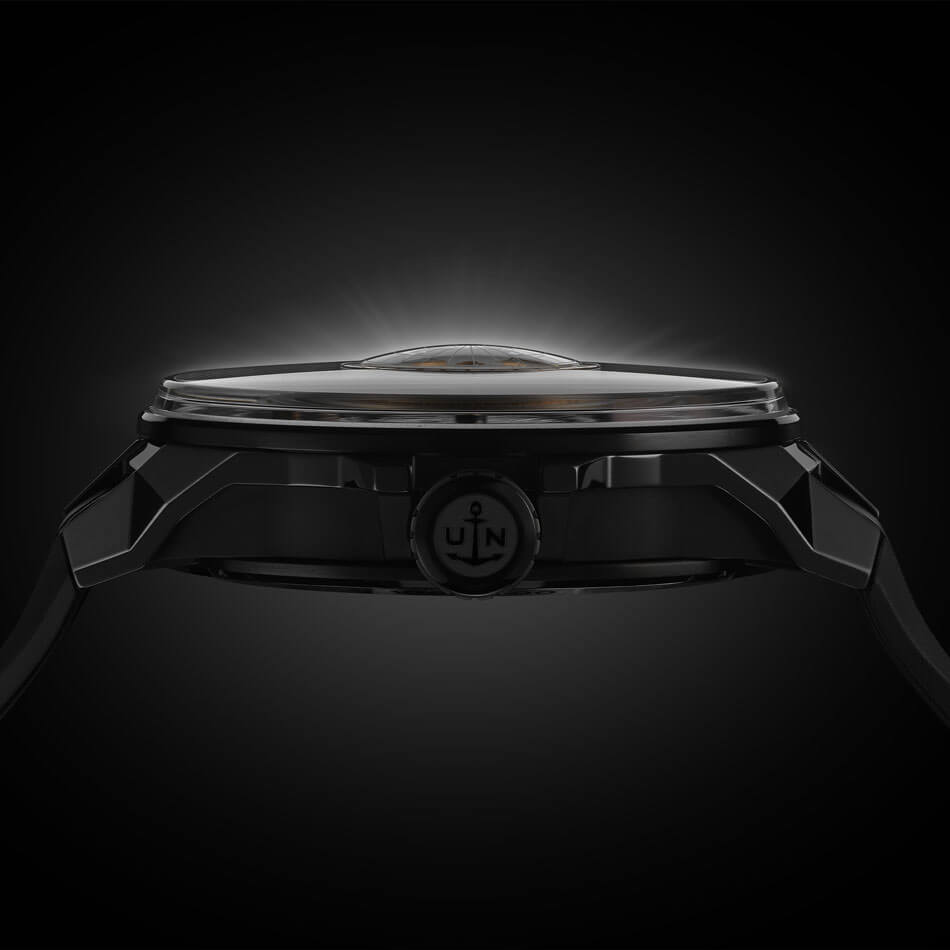 Equipped with silicium technology, and entirely designed and produced in-house, the self-winding calibre UN-106 housed in the Moonstruck Worldtimer once again offers a date function, on a track encircling the world map. Push buttons at 8 and 10 o’clock enable the wearer to quickly move the time forward or backward by one hour – a very handy feature while travelling or when switching to summer time.

Ulysse Nardin is one of the few comprehensive watchmakers in Switzerland who can master both innovation and watchmaking tradition, demonstrating its ever-independent character. It is the owner of several patents and works at the bleeding edge of technology, as well as conveying ancestral knowledge through its artwork. 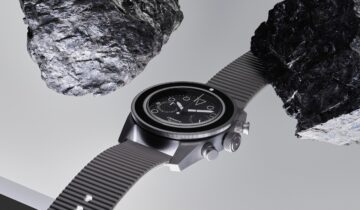 Who is UNIMATIC ? In conversation with the Co-Founders Giovanni Moro and Simone Nunziato 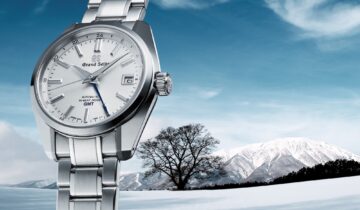 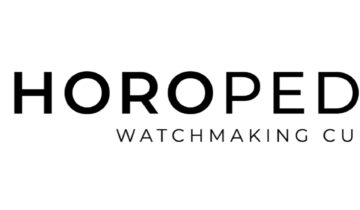