History has it that watches, namely the “sun watch” first originated in Egypt around 1500 B.C. Then came the inception of the first modern wristwatch and pocket watches, that were limited to the affluent lot for obvious reasons.

Did you know that it was in fact America that manufactured wrist watches in thousands for the common man. Peter Hamlin created the first pocket watch in 1524 and finally the trend of pocket watches spread to Switzerland by 1575. From here to the inception of “Omega Watch Company’ in 1848 by Louis Brand, the birth of the crown (Rolex) in 1905, there were watches of all shapes and sizes to cater to everyone’s fancies and pockets. India wasn’t too far from this frenzy.

In 1865 and 1867, Fritz Favre, a worthy successor to his father, traveled to India and launched his brand on the subcontinent, which was to quickly develop into an important market for Favre-Leuba. Around 1954, after the Second World War, Favre-Leuba was able to count on a stable position in India thanks to their own office in Bombay. Step by step, the family company won back its position and relevance in other watch markets – first in Switzerland, then in Europe, and later in America and Africa.

Longines, an integral part of the Swatch Group today claims that their first shipment of watches came into India in 1878. In 1884, Alcide Droz and Arnold Charpie started the watches business for “West End Watches” in Mumbai, then known as Bombay. Most of the railway companies back then had West End watches and clocks to synchronise what is known as, the world’s longest rail network. By 1914, “West End” was manufacturing watches marked C.S. for the Civil Service in India and Indian Military that were under the British control.

Mahatma Gandhi himself was given a Zenith pocket watch by his friend Jawaharlal Nehru, India’s Prime Minister from 1947 to 1964.

This silver pocket watch became one of his rare few material possessions and accompanied his daily life, notably signalling his prayer times thanks to its alarm function. To his great regret, it was stolen from him during a train journey to Kanpur, but fortunately the thief was filled with guilt and remorse, and returned it to him six months later while begging his forgiveness. This anecdote about his Zenith watch was shared by Gandhi in his journal.

Then there is the famous legacy of the Jaeger-LeCoultre Reverso that was created for the British Polo players in India way back in 1931.

Now coming to our very own homegrown brands. Around the 70’s the Indian watch market was almost dominated by HMT ( Hindustan Machine Tools), a brand by the Government of India. HMT set up a watch manufacturing Unit at Bangalore in collaboration with M/s Citizen Watch Co., Japan in 1961. As the first manufacturer of Wrist watches in the country, HMT successfully absorbed the totally new precision manufacturing technology for mass production, and assembly of micro sized components. This tryst with ‘firsts’ continued and led to launch of India’s first Automatic Day-Date watch , first Quartz watch , first Braille watch, first Ana-Digi watch and so on.

The first HMT watch, rightly named “Janta” was launched by the then Hon’ble Prime Minister Pandit Jawaharlal Nehru in 1963. This still remains one of the most popular HMT watches even today.Indira Gandhi was yet another iconic ambassador HMT. Between 1972 and 1985, HMT set up manufacture units in Bangalore, Srinagar, Tumkur and Ranibaug, infact just the Bangalore unit housed 3500 engineers and rolled out over 10 crore watches over 50 years. Sadly due to poor management and various other reasons, the Government of India closed down most of their factories around 2014. However, you will surely find one HMT in almost every common man’s home in India and still enjoys that “cult” status in the country.

They say save the best for the last. How we discuss watches in India and not mention the Indian giant – Titan. A joint venture between the Tata Group and the Tamil Nadu Industrial Development Corporation (TIDCO), Titan commenced its operations in 1984 under the name Titan Watches Limited. Widely known for transforming the watch and jewellery industry in India and for shaping India’s retail market by pioneering experiential retail, Titan is the fifth largest integrated own brand watch manufacturer in the world.

With hitting the 15 million mark every year in production, each year saw new technologies and innovations. In 1993 Titan set foot in the European market, followed by Middle East and Asia Pacific, selling over 150 million pieces across 32 countries. Topping the charts in the share of the organized watch market with a claim of 50% share, audaciously challenging the Swiss, Titan became the world’s largest integrated own brand manufacturer of watches. It’s no surprise then that Titan redefines the way India sees and wears watches. Infact Titan also brought home a Swiss-made brand namely- Xylys. From Sonata and Fastrack to Raga and Nebula, Titan brands hold a credible place in every Indian’s home.

Be it the Maharaja’s who procured various Vacheron Constantin’s, Jaeger-LeCoultre’s and Cartier over the years, the association of India and watches go way back. Infact even in recent times there have been various brands that have paid tribute to the legacy of watches and India. 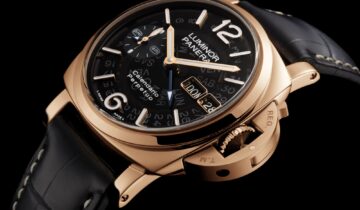 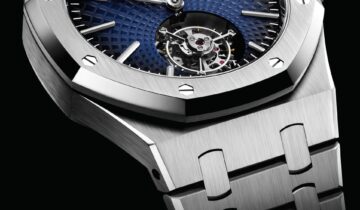