Time to update your gear

It started out in 2005 as Audemars Piguet Royal Oak Offshore ‘Scuba’, with a 35-piece limited edition for the German retailer Wempe’s 100th anniversary. Rechristened in 2010 as the Royal Oak Offshore ‘Divers’ the series has been presented in different metals, colours and dials. The 2021 ‘face-lift’ of the Divers seems more of a lifestyle upgrade, as the model now comes with an interchangeable strap variant. A welcoming change, considering one would love something dynamic on my wrist, while lounging aboard one’s yacht with a scatter of honnies; berthed at one of the world’s exotic harbors. Sorry, but the wearers profile just doesn’t fit a diver but more of a trust-fund man-child, a Formula One team owner, a stockbroker or even a narco, even though the watch can go 300 meters below. But hey, boys need toys and this sure is a hell of a good one. 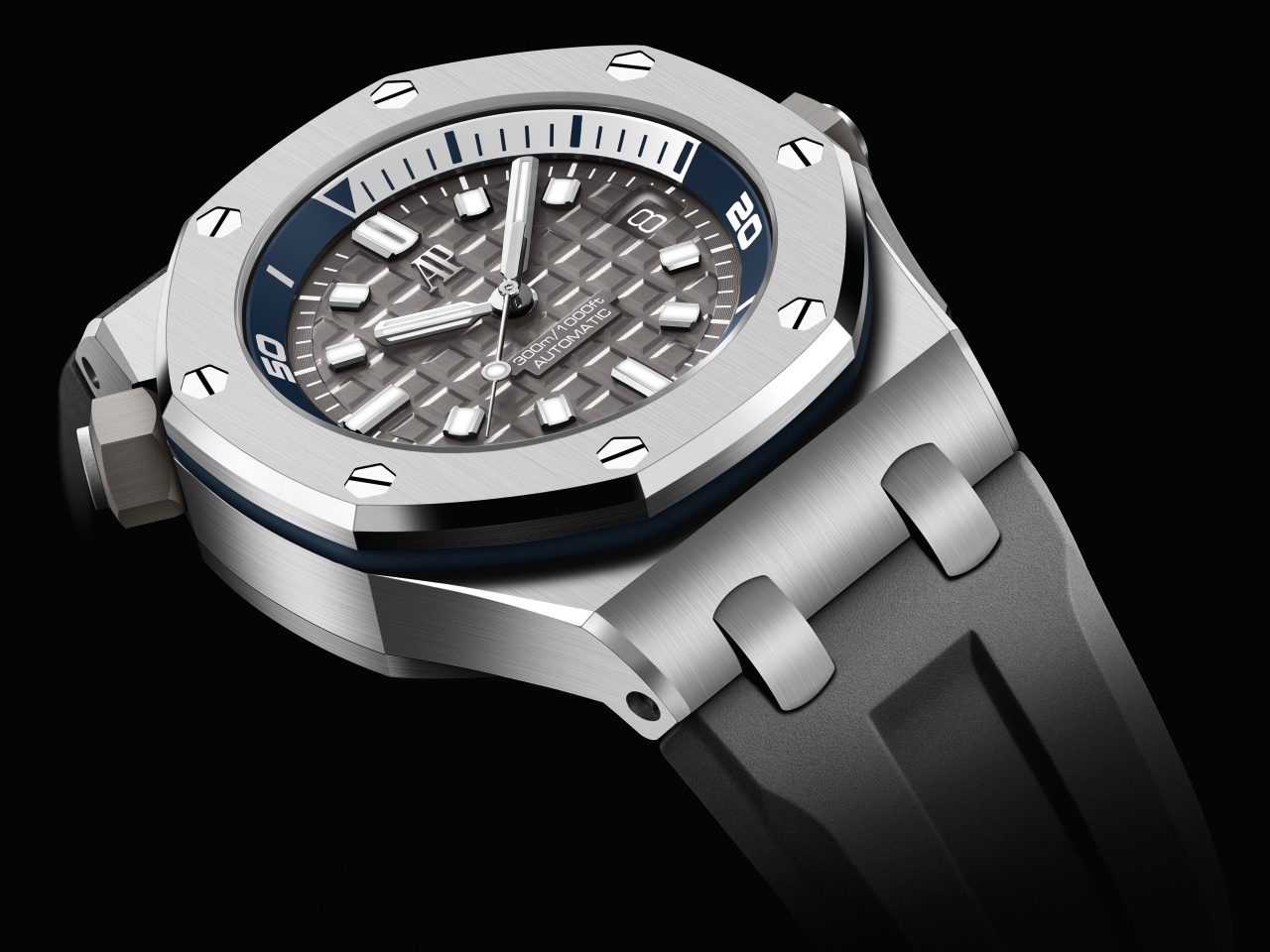 The three new Audemars Piguet Royal Oak Offshore Diver models are powered by a new automatic movement with second and instant-jump date indication. Calibre 4308 is equipped with a patented setting mechanism that brings stability and precision when adjusting the watch’s function. Its diving scale featured on the dial’s inner rotating ring is activated with a unidirectional click mechanism linked to the 10 o’clock crown. The watch’s sapphire case-back reveals calibre 4308’s refined finishing techniques, such as “Côtes de Genève,” “traits tirés” and circular graining, as well as a new dedicated oscillating weight in blackened 22-carat pink gold.

The Audemars Piguet Royal Oak Offshore Diver is fit for underwater exploration up to a depth of 300 meters as well as for any above-ground outdoors adventures. Thanks to its 60 hours of power reserve, the watch can easily adapt to a few days rest between expeditions. 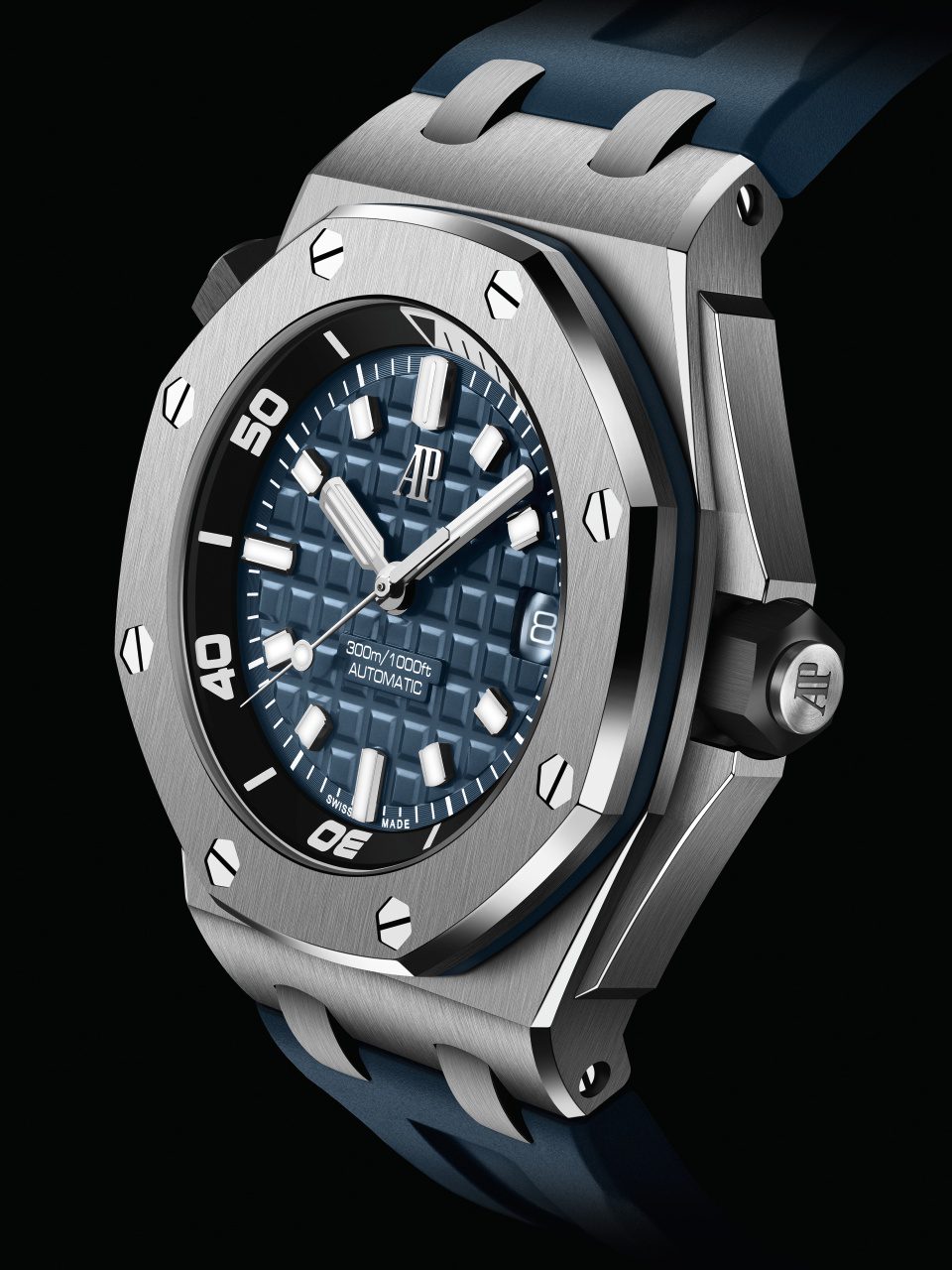 Let’s concentrate on the above-ground lifestyle, shall we. The interchangeable strap system for the latest additions of the Audemars Piguet Royal Oak Offshore collection. The ease and efficiency of the new system will allow clients to change the straps and buckles of their new timepieces themselves with a quick click and release. Rubber straps in hues of green, blue, grey and black are available for the new Diver models, as well as three calfskin leather straps in beige, brown and black for more adventures on dry land. The interchangeability system has been directly integrated into the case’s studs and buckle, leaving the watch’s aesthetics unaltered. 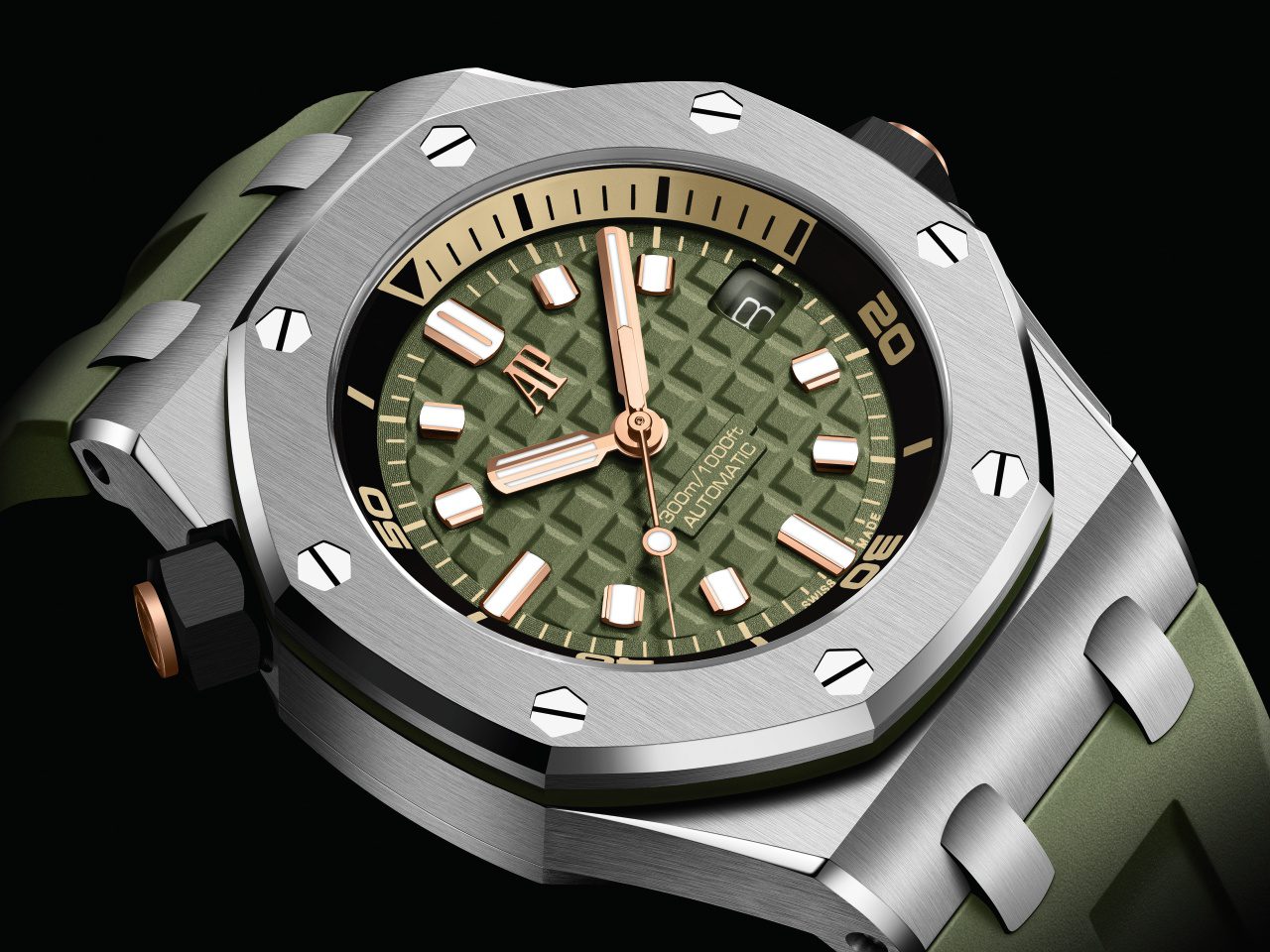 We surely recommend you indulge into one, because there is only one thing that you need to do, while the crew set sails. Stay colour coordinated! 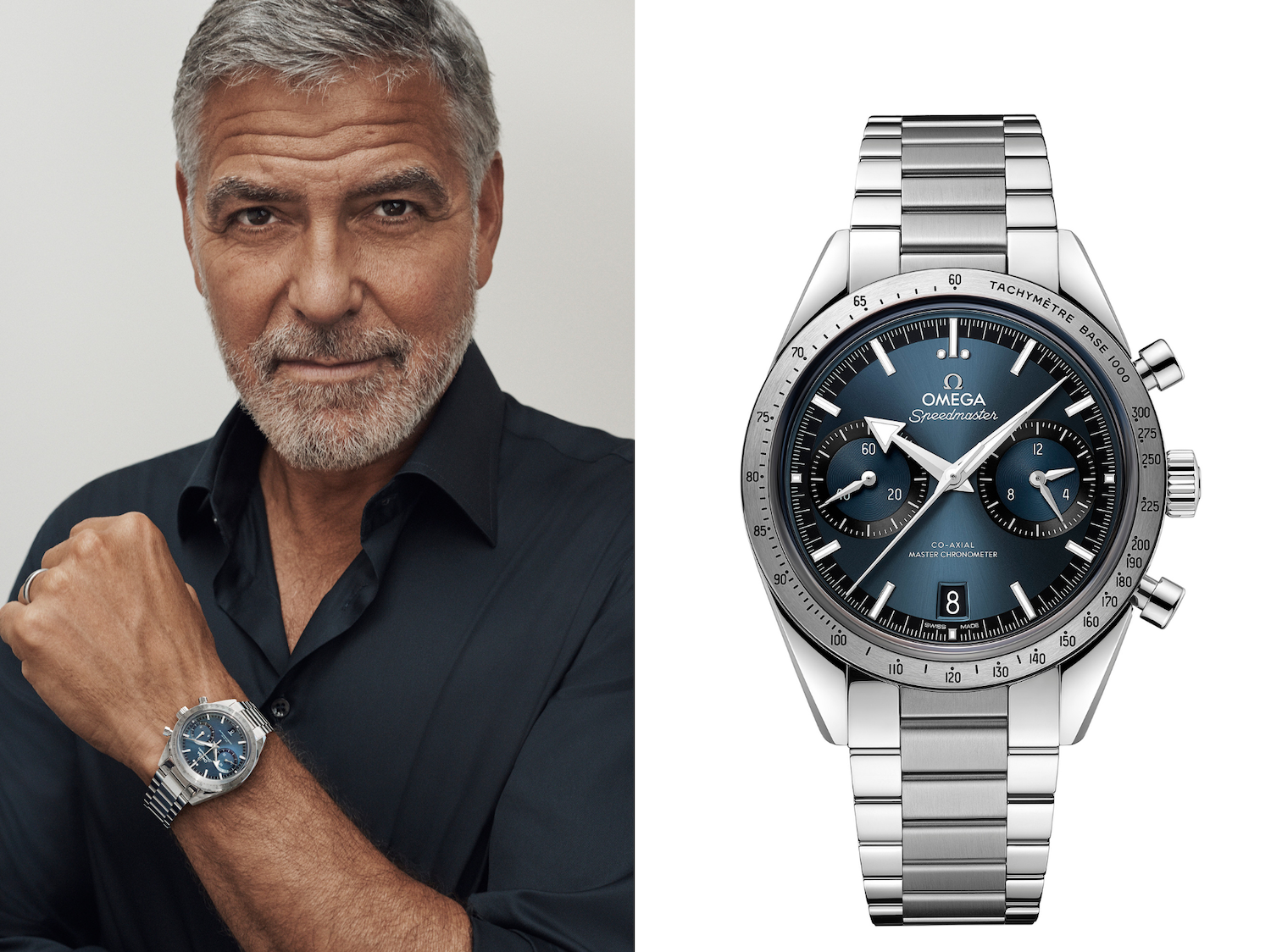 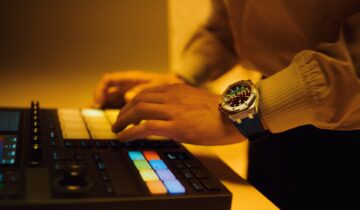 Testing The Power Of Music With Audemars Piguet’s New Royal Oak Offshore: Decked In The Colours Of Rhythm 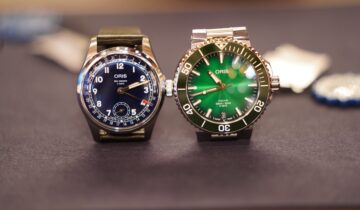 In Conversation With: Rolf Studer, CEO of Oris