Geneva Watch Days 2022 kicks off today! With 40 brands exhibiting their art of horology, we are only looking forward to how the love for fine watchmaking is elevated. And Czapek & Cie is here with a cracking launch!

Czapek & Cie has introduced two new pieces to its Quai des Bergues guilloché “Ricochet” collection. The movement within has been rebuilt and features beautiful new enamel colors, making it a must-have for a fan of exquisite mechanics.

The new versions will look familiar at first glance. Ricochet, Czapek’s signature dial design in flinqué enamel, returns here in two new, eye-popping colors, courtesy of Czapek’s collaborator Donzé Cadrans. The Sapphire Blue L is based on the 2019 introduction of the Sapphire Blue S and features the same dreamy, shimmering, marine color that made Czapek famous. The dial, however, is very intense thanks to the rich emerald green tone that is reminiscent of British racing green.

The new Quai des Bergues isn’t just about color schemes, though. The watch is powered by a redesigned version of the SXH1 caliber, a manual wind movement with a seven-day power reserve.

“The spirit of the watch has not been touched, but we have had a second look at the movement and identified what you might call evolutionary inflection points”, explains Czapek CEO Xavier de Roquemaurel.

In typical fashion for Czapek, the idea to aesthetically revamp the movement came from the company’s ardent followers. The original SXH1 caliber of the Quai des Bergues was created in homage to the heritage of the Genevan cabinotiers. It was heavy on detail and seriousness.

“When we released the Antarctique with its lacy bridges and complex architecture, people
were amazed,” comments de Roquemaurel. “So, we realized we had to harmonize all of our
movements along those lines.” 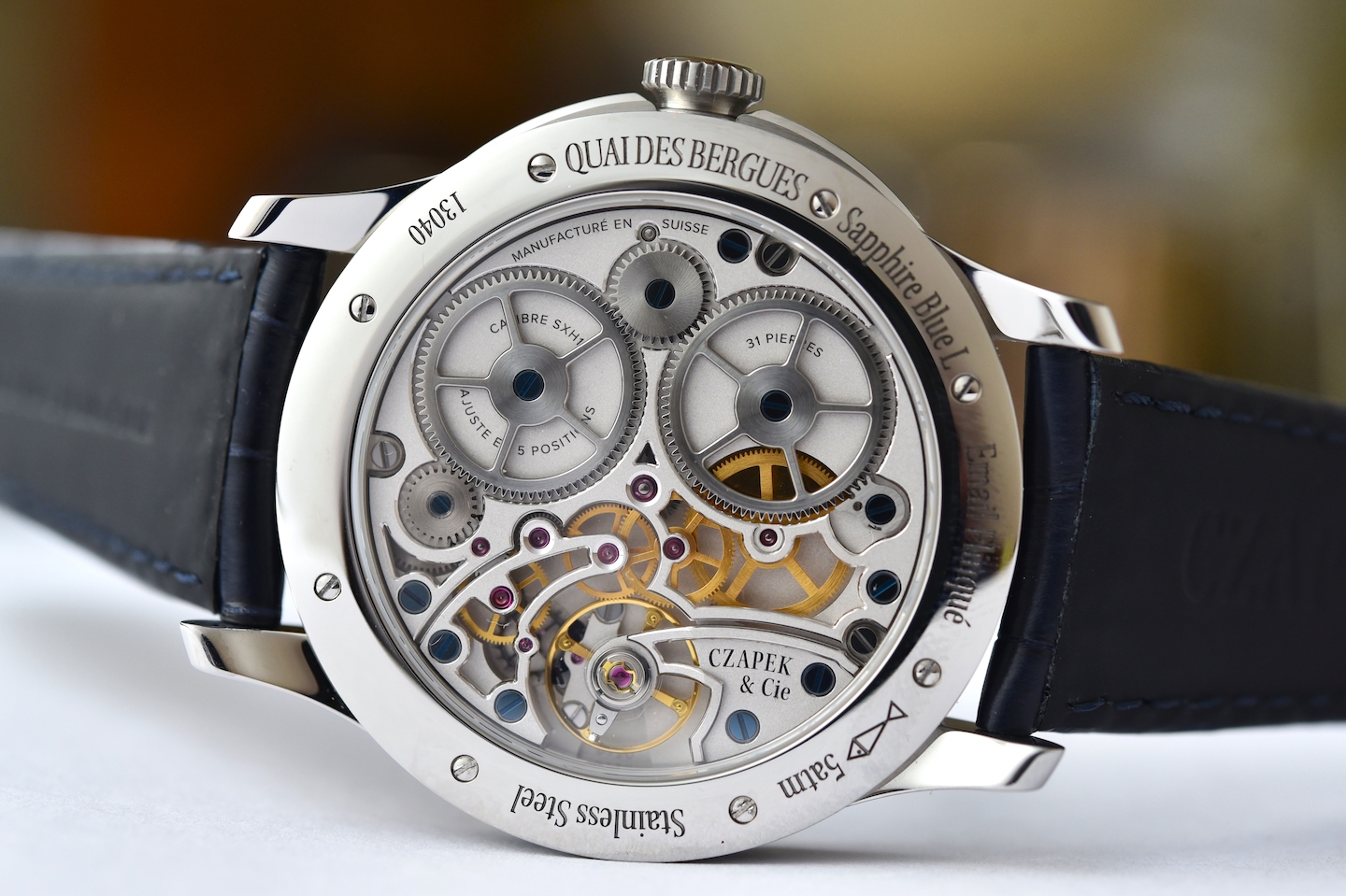 It can be more challenging to transform an existing movement than to create a new one. The SXH1’s biggest visual upgrade is the massive openwork that defines a proper three-quarters plate and lays bare the transmission. Both the bridge plate and the balance bridge have been carved away, making them resemble two shooting stars that are going to collide. The motion is made to appear more lively as a result of this. Like a beauty mark on a porcelain complexion, a tiny triangular hole has been drilled through the center of the mainplate.

The reworked caliber also has some distinctions from its forerunner. For instance, the original balance utilized a tried and true rack and index system for fine-tuning. The new SXH1, in contrast, makes use of a Breguet terminal curve balance spring, an annular balance wheel with weights for variable inertia, and variable inertia stop second hand. Also, the cock of the balance has been carefully skeletonized and simplified to make the whole thing easier to read.

Improvements have been made to the finishing as well. This exceptional motion has had all of its sharp edges chamfered more deeply to make it more comfortable to watch. And the standard jewels were swapped out for “mi-glace” rubies on the recommendation of one of the top independent watchmakers and a buddy. Because of the rounded design of the relief, these allow for better lubrication at the axes’ points of contact. They make the motion look smoother and can occasionally reflect light.

Without a doubt, the debut of these two new iterations of the Quai des Bergues—the first to bear the Czapek name since its rebranding—marks a thrilling moment in the thrilling history of this watch collection. With the help of the new dedicated workshop space at La-Chaux-de-Fonds, we look forward to what Czapek & Cie launches next. 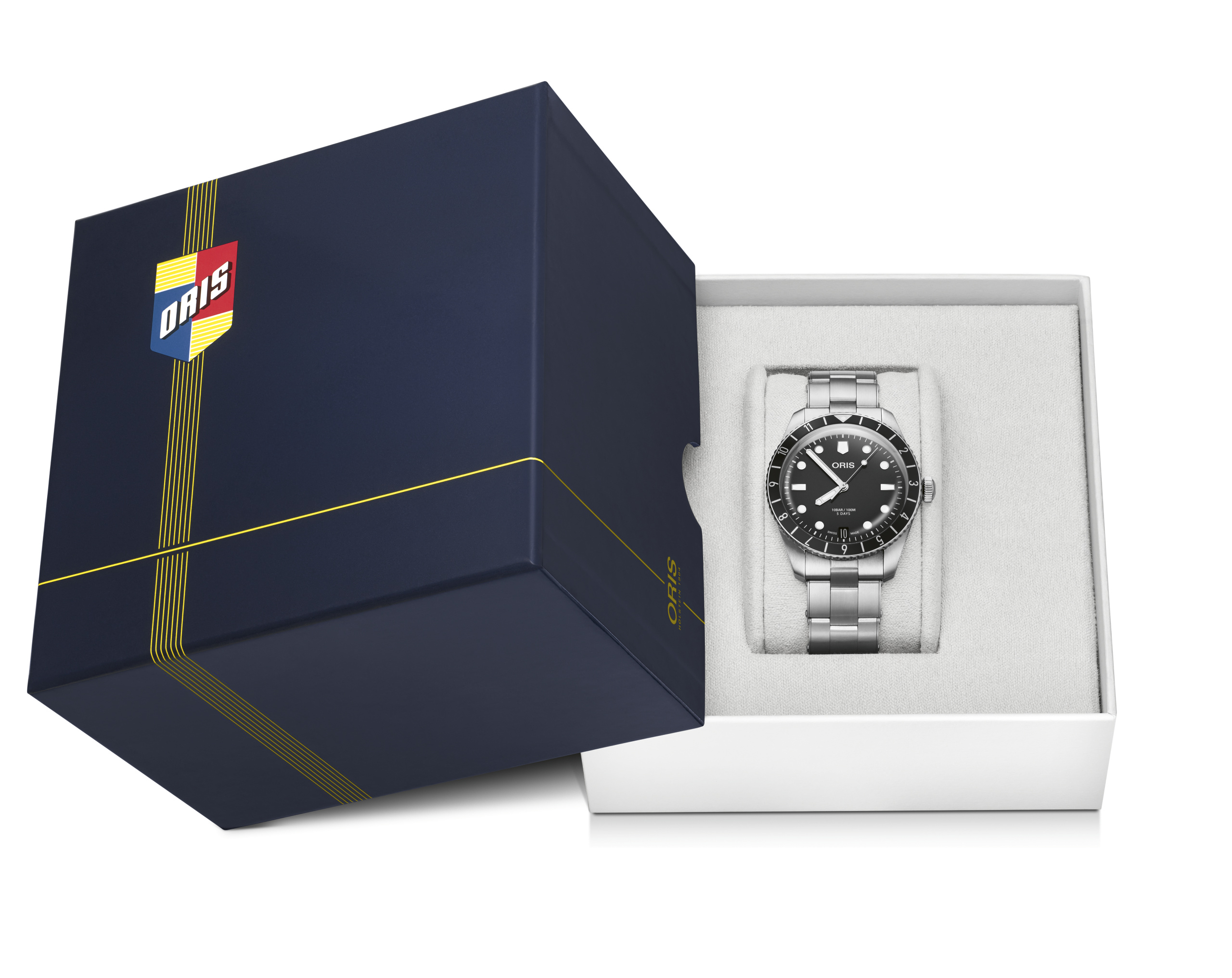 Geneva Watch Days 2022: Oris: Everything You Need To Know About The Divers Sixty Five Caliber 400 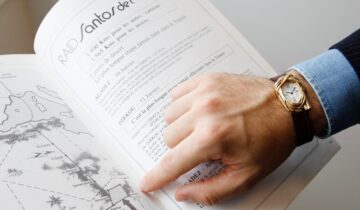 A Watch Unicorn Makes An Appearance After 40 Years: The “Cartier Cheich” 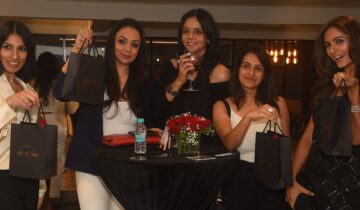