2022 has kicked off with a bang and the new launches at LVMH Watch Week this year is testament to that. Zenith is bringing it in with a sleek and evocative silhouette – the DEFY Skyline. 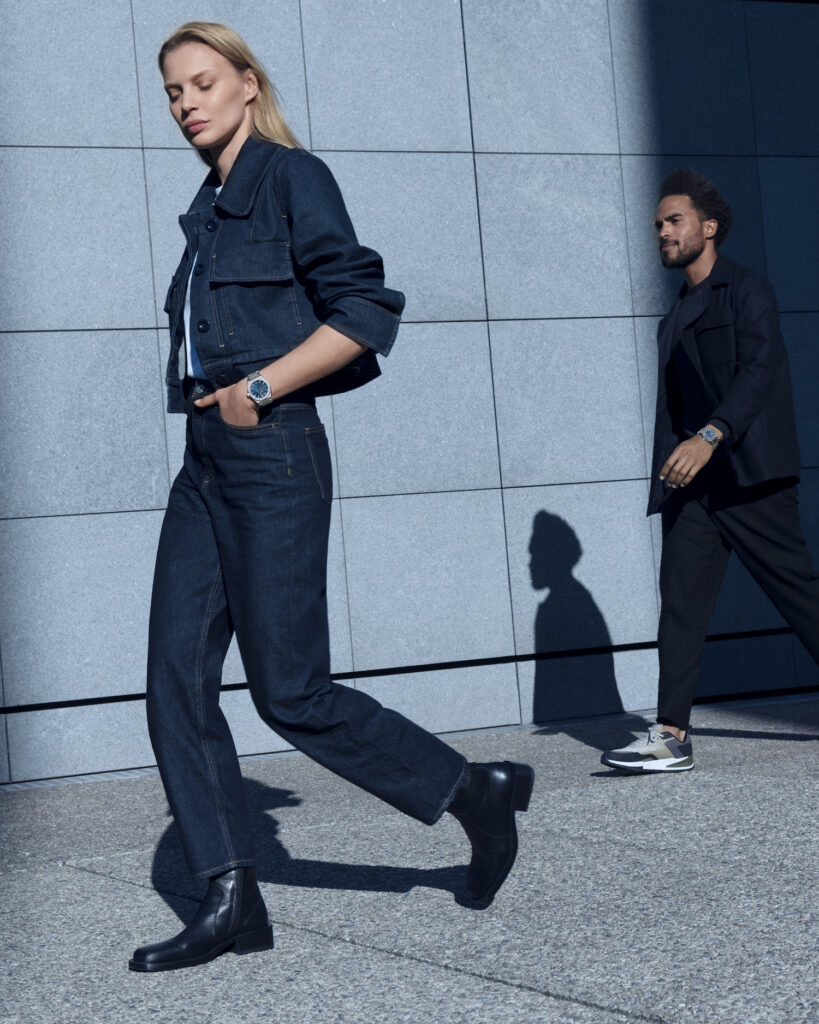 The DEFY line, the Zenith Manufacture’s platform for innovation and unparalleled expressions in the art of watchmaking, is back in the forefront this year. The new DEFY Skyline is in the forefront, a collection that builds on the line’s tradition of toughness and performance, which dates back to the earliest Zenith “Defi” pocket watches in the early twentieth century and continues to the most recent references. 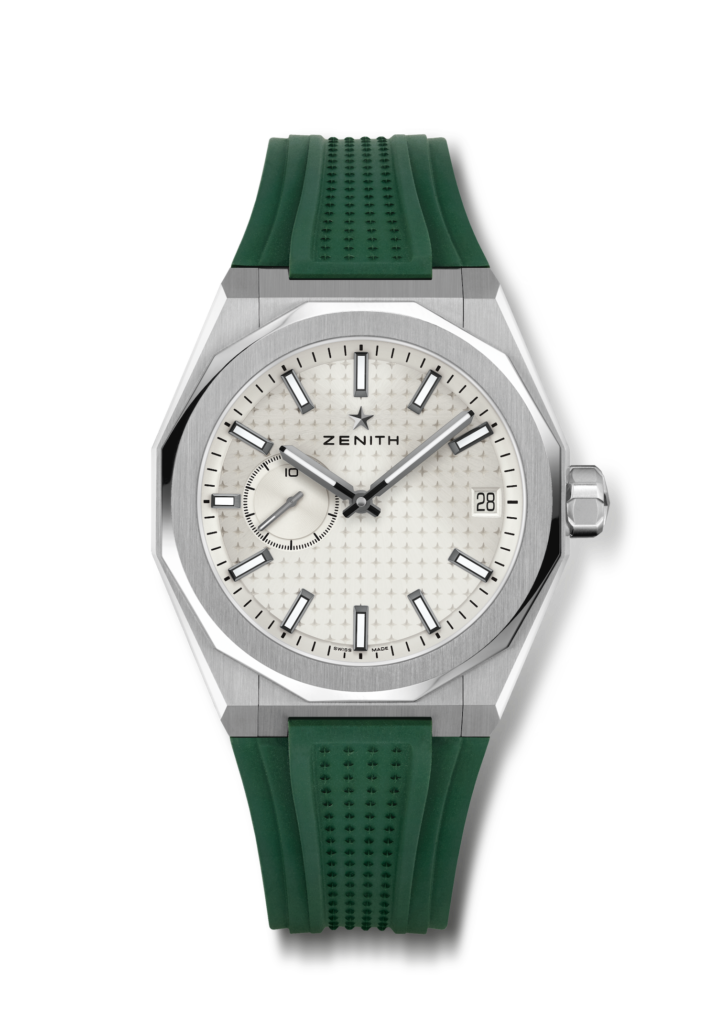 The DEFY Skyline is expected to become a staple model for Zenith, reinterpreting aspects from the 1969 DEFY A3642 in a contemporary setting and packed with the performance of the Manufacture’s current version of the El Primero movement. 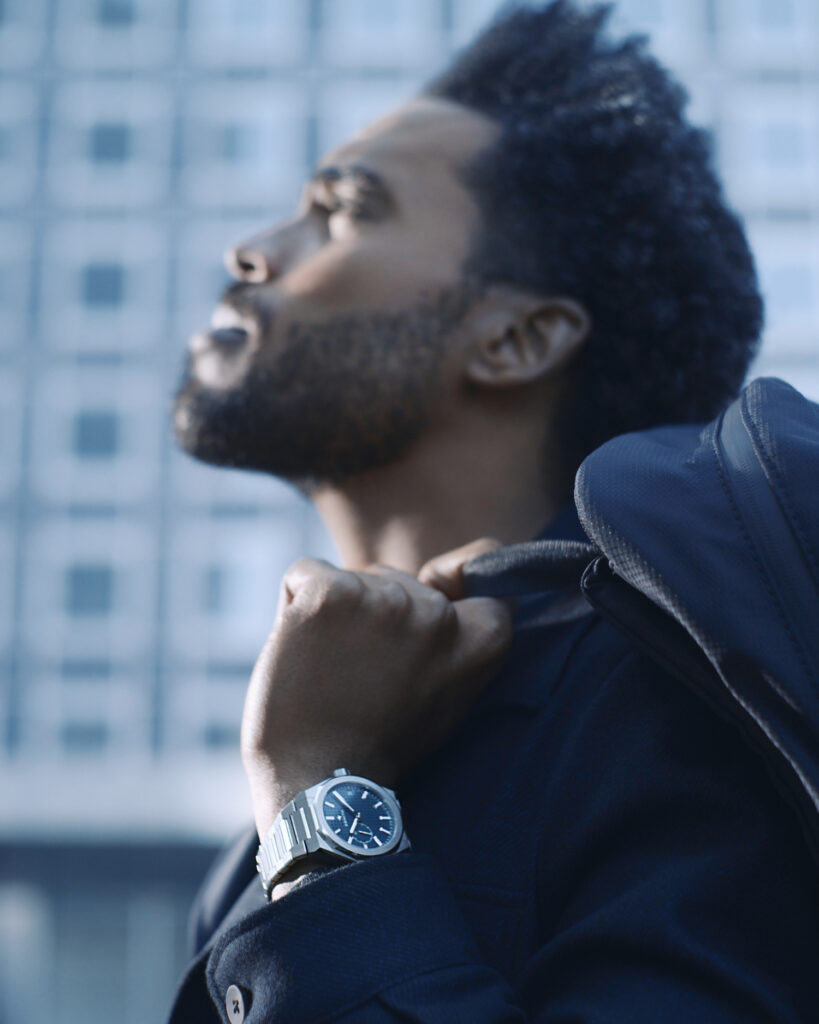 The DEFY Skyline is a fascinating — if not entirely original — new entrance into the four-figure sports timepiece market, taking elements from the Defy Classic’s bracelet and octagonal case and adding a classic Defy dodecagonal bezel.

To get to your star, follow your light. In an ever-faster world where every fraction of a second can be the difference between life and death, the DEFY Skyline keeps up with a sleek and evocative appearance mixed with unrivalled functionality. 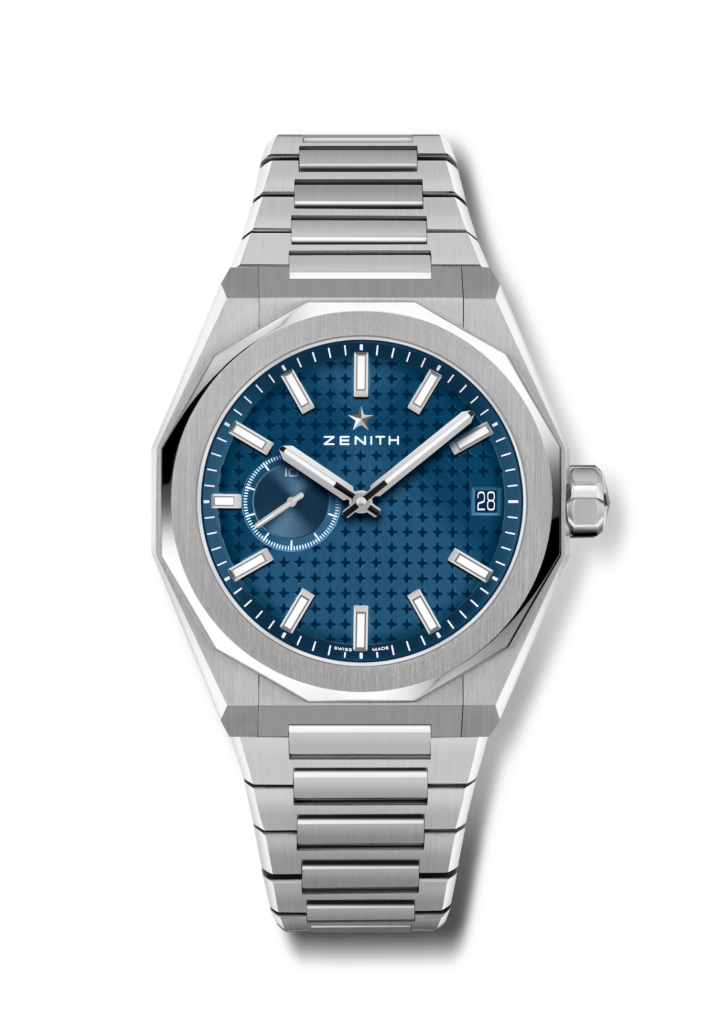 Its architectural and faceted silhouette is inspired by the early DEFY models’ unique octagonal geometry, such as the recently revived DEFY A3642, without seeking to merely replicate the past. It has the same DNA as its predecessors in terms of robustness and endurance, but with a more edgy look. The faceted bezel, which is fixed above the 41mm stainless steel case with clearly defined edges, is redesigned with twelve sides that echo the hour markers and is comparable to those from early DEFY models. 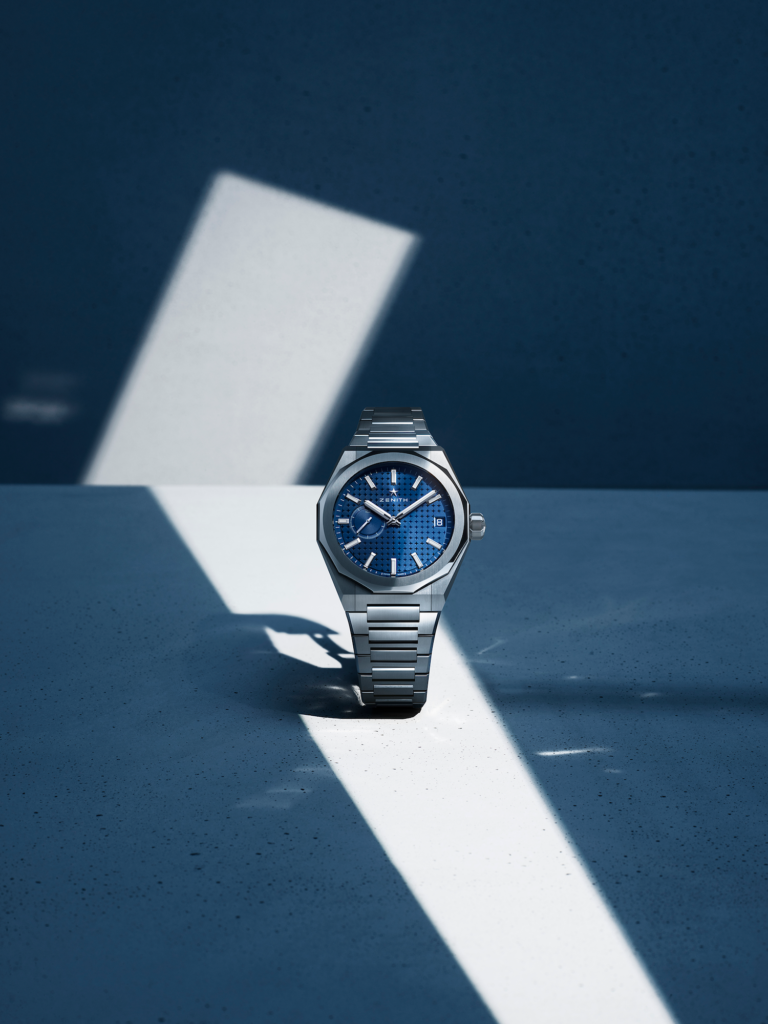 Water resistance of 10 ATM is provided by the screw-down cap imprinted with the star insignia (100 metres). The DEFY Skyline features a geometrically structured and whimsically celestial star-studded dial with a sunburst finish embellished with a perfectly aligned pattern consisting of engraved four-pointed stars, which are in fact a modern reimagining of the Zenith “double Z” logo of the 1960s, evoking the seemingly still night sky above a bustling city that never sleeps. 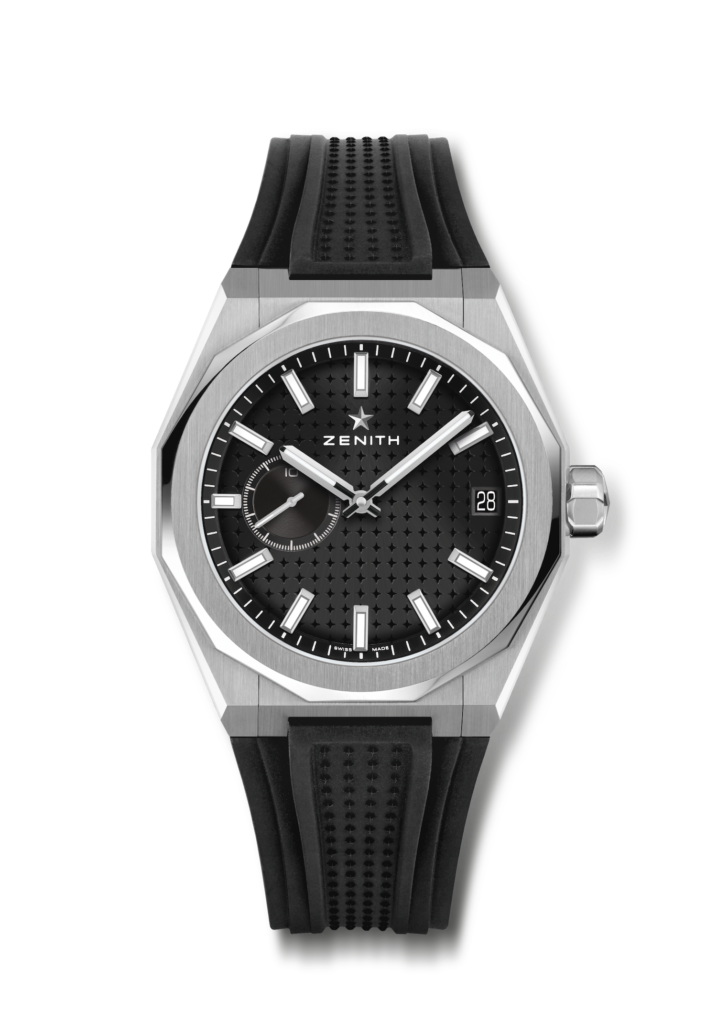 Aside from the central hour and minute hands and a date window at 3 o’clock that is finished in the same colour as the dial, the DEFY Skyline offers something unique that is both a technological feat and an aesthetically appealing animation rarely seen on a timepiece. A constantly running 1/10th of a second hand makes steady jumps in defined increments on the little counter at 9 o’clock, reminding the user of the ephemeral nature of time and the precision of the 5Hz movement within, which completes a full rotation every 10 seconds.

The new El Primero 3620 calibre is responsible for this outstanding performance. This automatic manufacturing movement, visible through the sapphire display back, is built with a similar architecture to the El Primero 3600 1/10th of a second chronograph. It drives the 1/10th of a second hand directly from the escapement, which beats at 5Hz (36’000 VpH). It also includes a stop-second mechanism for accurate timekeeping. The power reserve is roughly 60 hours thanks to the efficient automatic winding mechanism with bi-directional rotor with a star design. 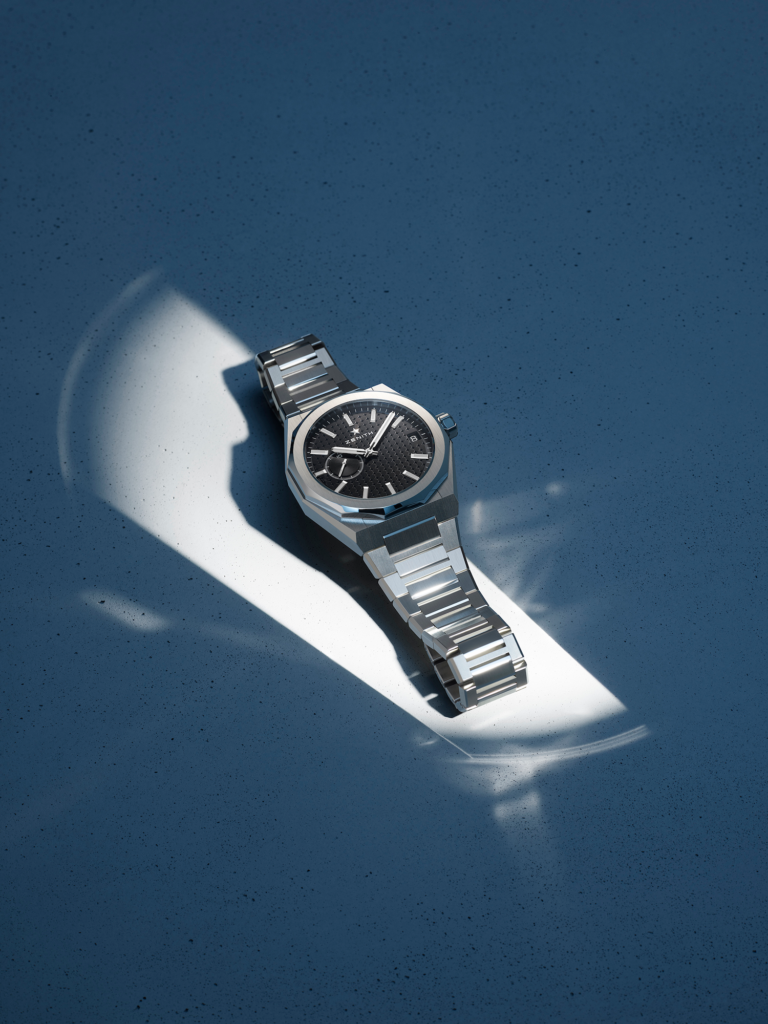 The DEFY Skyline is presented on a satin-brushed steel bracelet with chamfered and polished edges that follows the curves of the faceted case. A color-coordinated rubber strap with a starry sky design that matches the dial is included, as well as a steel folding clasp, and can be swapped out without the use of tools utilising the DEFY case’s unique quick strap-change system, which consists of secure buttons on the rear.

LVMH and Zenith have collaborated to produce the Defy Skyline, a well-thought-out genuine luxury sports watch that doesn’t skimp on features and has genuine horological expertise. Is it possible that the design is a rip-off? Sure, however there are a lot of things that are uniquely Zenith. The Zenith Defy Skyline is quite well priced at $8,400 (INR 6,28,299), and it will definitely be a commercial success, as it should be. 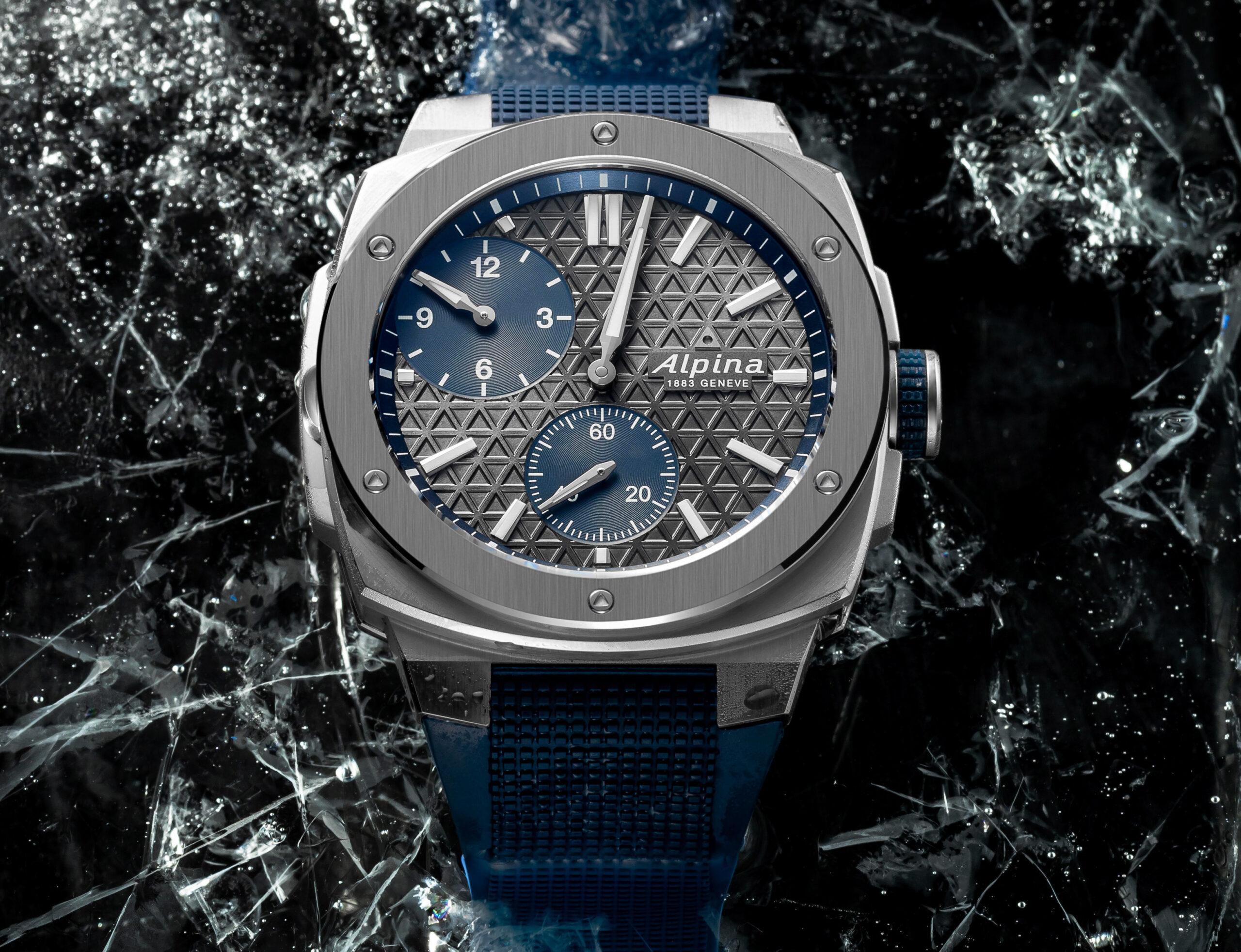 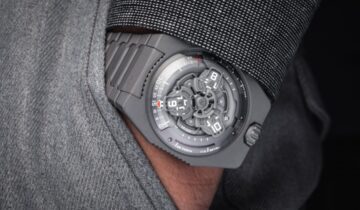