Ever since its introduction last year the Tissot PRX watches have created quite a stir in the world of modern watchmaking, in a credible price bracket of course. After being quite a commercial and critical success, Tissot has embarked on the next thrilling chapter in its PRX story. After simple time and date introductions last year, a chronograph seems like the obvious way forward, well now that the PRX has quite a fan following of its own. New automatics with upmarket gold bezels, a high-end automatic chronograph, and a new interpretation of the design with a 35mm case, all inspired by 1978 original, will join the attractive collection.

Two 40mm variants of the PRX Automatic, both with satin-finished steel bodies and 18K solid rose gold fluted bezels, will lead the new PRX range. The Powermatic 80 movement with its anti-magnetic NivachronTM hairspring and an 80-hour power reserve, will power the watches. The dials on one model will be brown and the other will be blue, both having a satin sunray finish.

For Each And Every Wrist

The PRX has been lauded by Tissot aficionados all around the world for its design, sense of proportion, and faithful recreation of a much-loved Tissot classic. The launch collection models, however, were too large for several would-be wearers. As a result, Tissot has now introduced a new line of five PRX models with 35mm satin-finished steel bodies and quartz movements this year. The dial colour pallet will offer a wide range of options – four steel variants with a sunburst dial in silver, blue, green, or light blue, as well as a steel model with a yellow-gold PVD-plated case and bracelet and a yellow-gold-colored dial.

The spirit and exact measurements of the 1978 original on which the PRX’s retro design is based, as well as the demand for unisex watches, are neatly captured in this series. It will undoubtedly increase the model’s rapidly growing worldwide fan following.

Stop And Start In Style

The PRX has only had time and date functions up to this point. But the high-functioning PRX Automatic Chronograph will now be added to the line. This 42mm satin-finished steel watch will continue the PRX’s sleek, angular form, adding to the laid-back 1970s sports watch aesthetic with a ‘reverse panda’ display, which features white subdials on a black backdrop. Powered by Valjoux A05.H31 calibre, the PRX Automatic Chronograph features the 3, 6. And 9 chronograph dial arrangement as well as a 60-hour power reserve.

Bringing The Look Together

Each of the nine new models joining the PRX family will feature numerous quality signifiers. Such as applied hour markers, Super-LumiNova® luminescent detailing. And bracelets with an interchangeable system and a triple-blade folding steel clasp. And in addition to the outgoing, stylish spirit of the PRX family. The PRX now also comes with a new integrated leather strap for the blue powermatic and the quartz variants. This opens a whole new universe of straps for the PRX models including the older editions.

And so the saga of the Tissot PRX continues with quite a few attractive iterations of its original. From the reverse panda chronograph to the new burst of colours. And particularly the green dial, you could get your hands on these new variants. And on the Tissot website starting June 2022. 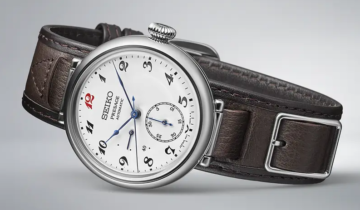 In Conversation With Niladri Mazumder, President & COO At Seiko, India On 110 Years Of Watchmaking, A 261% Growth Rate & More 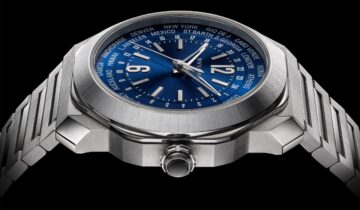 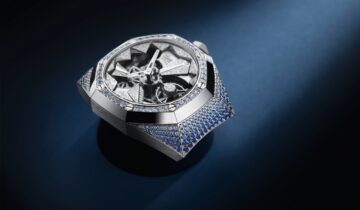