When we come across the term Russian Engineering and Manufacturing, our thoughts immediately switch to best built fighter jets, tanks, armaments and then the architecture of their churches, cathedrals, the Kremlin and so on. Thanks to all those fiction movies and novels, we often couple the Soviet era with thoughts of the cold war era spy gadgets, weapons, secret technologies, space and rocket technology. But there is surely more to it! Well, we’re obviously talking in terms of the watches. In fact, through the Czarist era, the designing of various clock towers, cathedral clocks and many styled ornamental clocks took place in Russia.

Let’s did a little deeper. The Imperial era in Russia saw several small watch workshops and enterprises, usually assembling watches using parts made abroad. Because of a lack of technology and equipment, it was more affordable and even rather efficient to import unfinished Swiss and German components than assembling them in local Russian workshops. Specialized independent watchmakers, such as Heinrich Moser, George Favre-Jacot, and Pavel Buhre (Paul Buhré) who appointed by the Imperial Court, undertook this assembly. In 1899, Buhre received the title of the Official Supplier of the Imperial Court and granted the right to use the Russian Coat of Arms as part of its logo.

A lesser know fact is that H. Moser & Cie, founded in Le Locle, Switzerland, opened their workshop in St. Petersburg in 1826. Moser was one of the most prolific independent watchmakers in the Imperial-era Russia, manufacturing a wide variety of pocket and wristwatches for men and women. In 1918, a year after the Bolshevik Revolution, the nationalization of the entire Soviet industrial infrastructure took place. The State confiscated all independent watchmaking workshops, and it eventually forced the original owners to withdraw from the market. ​By 1922, the entire watchmaking industry had become part of the State Trust of Precision Mechanics, also known as Gostrest Tochmeh.

However, the real revolution in horology began in the Soviet Union after the Bolshevik Revolution and around WW2. Until then, you could not call the watches that were made with salvaged Swiss parts or any imported ones as a proper people’s watch.

Russia came very late to the watchmaking party. While the American and European watch industries were producing watches on an industrial scale since the 1800s, they did not find the first indigenous Russian watchmaker until 1927. The Amtorg Trading Corporation, representing the Soviet Union in the United States, gained the assets of the bankrupt Dueber-Hampden Watch Company and launched the First Moscow Watch Factory. The Size 16 movement was in fact the base for Kirova K-43 trench watch from 1st State Watch Factory.

They presented the first 50 watches produced by the Moscow Watch Factory using materials and machinery from the United States at the Revolution Theatre back in 1930. A watch that often comes to mind from this era is the “Commander” which was commonly used by the officers of the Red Army.

By 1940, the Moscow Watch Factory had already produced 2.7 million pocket and wrist watches. However, after being evacuated and moved to the city of Zlatoust in Chelyabinsk Oblast, the first Moscow Watch Factory shifted the focus towards aviation chronometers and aircraft watches. Soon after, the Chistopol Watch Factory, popularly know as the brand Vostok today, launched and manufactured the first few batches of the K-43. In 1946, the Moscow Watch Factory produced the Pobeda (Victory) watches. The leaders of the Soviet Union approved these names and specifications of these watches. They did not produce most of the Russian watches, such as Shturmanskie watches for the public, but mainly for use by the Army/Air Force.

This changed with certain watches being developed for general sale, which helped to develop some brands which still exist today. They established the Molnija Watch Factory in the city of Chelyabinsk and used Cortebert swiss movement variants as base movements. They began manufacturing with the production output of its first aviation cockpit watch, the AVR-M. Molnija’s Chelyabinsk Watch Factory annually produced about 30 thousand specialized watches and over 1 million pocket watches that time. We still find many of those vintages today. They still use a modern version of cockpit clocks in Mil Mi series helicopters, MiGs and Sukhoi air crafts.

If you wonder that first watch in space was an Omega Speedmaster, then that was not the case. Yuri Gagarin, the first astronaut in space, wore a Sturmanskie wristwatch while he was on the mission. These watches, however, were not available to public then. However, for general trivia you should know that even before this a standard Pobeda watch was the first watch in space as Dr. Abraham Genin (A Soviet Medical Research Scientist) tied his Pobeda watch to the arm of a test space dog named Chernushka (Blackie) who went on a test aboard on Korabl-Sputnik 4 on March 1961, a Month before Gagarin’s flight.

However, you can call the 1SWF (State Watch Factory) Type-17 as the first custom Soviet Caliber developed in year 1941 from a changed K-43 caliber.

And one more type of UROFA Type 59 chronograph made in captured Glashutte town based Tutima and Hanhart factories during later WW2 in erstwhile GDR were Flieger flyback chronographs but made for Soviet pilots. Until Soviets took all the equipments to 1st Moscow Watch Factory together with all spare parts, made their own changes and produced it by themselves named Kirova chronograph.

After the war, they started a brand called Pobeda (“Victory”) and based the first watch on French LIP movement R26 caliber. 1MCHZ factory made more than millions of these based on different dial/case designs.

During 50s and 60s they started many sub brands in First Moscow watch factory named as Kirovskie, Kosmos, MIR, ZIM, Saturn, Rodina, Signal, Vympel, etc. Later, the First Moscow Watch Factory got the name of Poljot Brand and they produced various watches like alarm watches, divers, automatics and such. They shifted the Second Moscow watch factory to Kazan in 1941 because of German invasion and they renamed it as Vostok (Chistopol) watch factory. It became official supplier to the Ministry of Defence, USSR with Komandirskie watches.

With sufficient experience gained from years of watchmaking, they introduced the legendary Amphibian diving watch.

They used a hermetically sealed steel case with O-Ring seal case back for good waterproofing up to 200 meters. Correspondingly, Slava and Raketa also manufacture their own versions of Amphibians. In the 1950-60s, Zlatoust Factory has produced 191-ЧС (ChS) watches for the divers of the Soviet navy. The biggest wrist watch in the world: about 60 mm (without crown), weight is about 250 grams. Producing a Heavy stainless steel case entails a complicated process, but truly tough. They even produced it with radioactive materials like Radium-226. In order to achieve the effect of fluorescence, they covered the numbers in dial with Radium-226 salts.

Referring to all watches above, one might wonder what did the Russians do about the precision of their watches. Was there any chronometer grade timepiece in their glorious industrial watchmaking history? Yes, there was a heavily inspired and yet quite a beautiful one.

In 1948, Zenith released legendary chronometer Caliber Cal. 135 made by Ephrem Jobin that made Zenith quite famous. In 1957, Vostok made a heavily inspired movement with some design changes using and came up with Vostok calibre 2802. Later they changed the sub seconds hand to central second hands, and that changed movement was Cal. 2809 of Vostok Precisionskie.

There have been many trivial and historically important watches that are now hot favourite among collectors. One such watch is the Raketa Big Zero, made famous by Russian president Mikhail Gorbachev. Coupled with a 39mm cushion case and another round case, with minimal lugs, the watch has outstanding wrist-presence. Under the hood of the originals lies a Raketa calibre 2609, a simple and widely used movement yet with notable refinements such as Incabloc shock protection, Breguet overcoil and screw-adjusted balance.

A Pulsometer watch that was used by the doctors in earlier days to count pulse rate also had a Soviet cousin. The beautiful pieces from Slava (automatic) and Chaika(quartz) sported an off white dial with bright red inked print for the pulsation markings. This too is one of the most sought after watches by collectors.

Other collector’s pride are the Raketa Copernicus and Raketa 24 hours watches for their unique wrist presence.

Current scenario of the Russian watch market is such that, although they’ve discontinued most of the watches, yet the ones that survived are now premier watchmakers in Russia. Vostok watch factory is still running through Chistopol, Russia and with modern machineries they are still manufacturing the Amphibians, Komandirskies and other special edition watches.

Though they are using the old school reliable movements and those are very budget friendly watches. Raketa, Poljot and Sturmanskie are running with Swiss collaborations and making premium watches in their respective segments. Molnija is still running from Chelyabinsk factory and producing in-house 3603 caliber movement watches. While other watch factories like Electronika, Luch etc. went to Belarus. Tutima and Hanhart went back to Germany. Lately, many such brands have started custom group project approach and special edition reissues to relive the history. But best thing about these brands is that they still have their base models in their inventory produced as per exact technical specifications and design even after all these years and which is why the collectors should grab a piece of Russian watch history. For all the vintage lovers, we still find many of these vintages among collectors and priced according to the rarity.

Regarding technicality of Soviet creation in watchmaking, the fundamentals of reverse engineering and simplifying complicated designs and features are best case studies one can find. Watch enthusiasts would love to learn more regarding a rich Soviet/Russian watch history once they collect and learn. 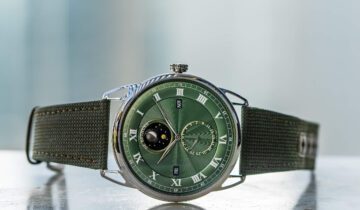 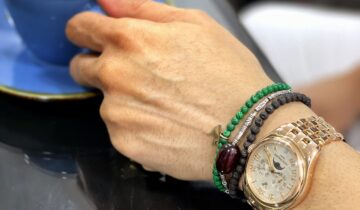 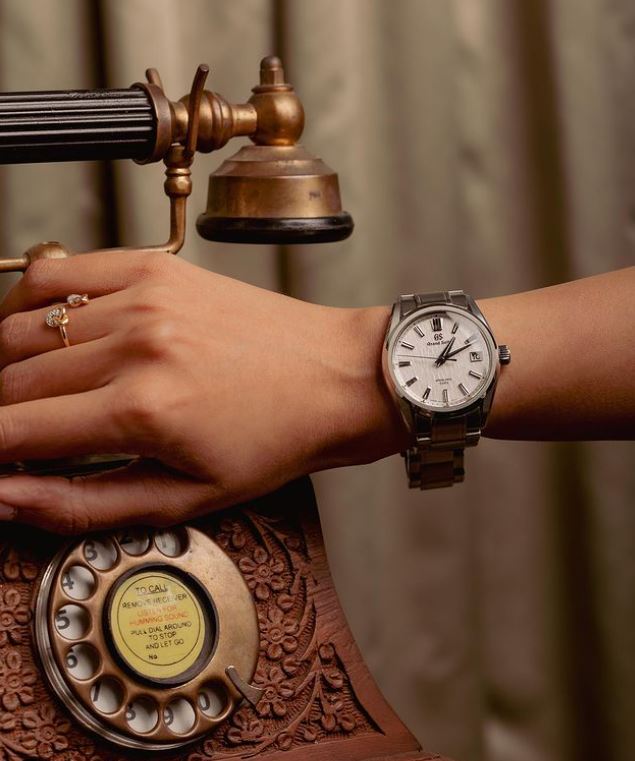