Playing for the women’s team for over 100 years, Omega has always been all about making time special for her.

At the turn of the 20th century, timepieces were seeing a radical change in design, style and outlook and Omega was one of the few brands that foresaw a larger target audience that only some aimed for at the time—women. From wrist watches to concealed secret watches, pendants and everything in between, the ever-adaptive label was one of the first few brands to accommodate time to meet women’s needs.

Whilst being a trailblazer is never easy, by the 1920s the house was developing women’s creations but there was still a taboo that considered it rude or suggested disinterest when women looked to their wrist to see the time. Omega was quick on its feet to develop an entire line of ‘secret watches’ that concealed these little movements in bracelets and pendants. Perfectly in tune with the art-deco style (that had just hit the market) of design to uplift their look, these jewels of time quickly became a must-have.

By the 1950s the mind-set had finally seen a change and women’s timepieces were taken more seriously. One of the most popular Omega ads of 1951 rightly read: “In all facets of life, a woman is just as active, sporty, and as busy as a man, like him, she demands a watch of precision.”

And so the Ladymatic was born, a watch that combined beauty with astonishing innovation. The year was 1955 and the Ladymatic was fitted with the world’s smallest rotor-equipped automatic calibre, this ushered in a new age of revolutionary elegance and grace to ladies’ watchmaking.

One of the most popular lines till this day, the Ladymatic has been spotted on the most accomplished and coveted ladies over the years and is still very much a part of the Omega women’s essentials.

Nicole Kidman has been the face of Omega for 20 years and has often been spotted in vintage creations borrowed from their archives. When asked about the brand she fondly responds, “When you consider how Omega set out to make precision watches for women, not just elegant decorations, well that’s also about having respect for women, and for me, that makes the watches even more exceptional.”

And they didn’t stop there, the early 1950s also saw the birth of the iconic Constellation, one of the first mass produced chronometer grade watches. Sleek and seamless in its design, the name of this collection draws on Omega’s most important awards for chronometry achieved in the trials held at astronomical observatories in Kew-Teddington, England and Geneva, Switzerland. The line progressed with many interpretations, including an integrated bracelet in 1964, a slim redoux with cutting edge glass-printing technology in the 1980s and a jewelled version in precious 18 carat gold in 1992.

What started out as a commemorative piece, today sees a star-spangled array of almost 500 variants, each embodying its ethos at the core with a modern flare. Available in almost every variation with a dial size that ranges from 29mm to 42mm and everything in between, the iconic piece has transcended over the years to become a piece to begrudge and behold.

A constant crush with women today, the Omega Constellation Co-Axial series is something that gives you the best of history and fine watchmaking in one. It has also become a great way to explore colour and complication with a side of bling.

Since 2015, Omega has also been celebrating ‘Her Time’ , a travelling exhibit that commemorates 100 years of women’s watch making. From Shanghai to Milan, St Petersburg to Paris, and many more cities, this floating journey of women’s timepieces showcases the brand’s keen approach towards the female clientele and how they have been catering to it since their inception.

“Her Time tells a story. Every chapter has its own surprises, moods and emotions, but there is always a golden thread tying it all together. That spark! It is OMEGA’s passion for precision, innovation and aesthetics, present in every women’s watch we have ever made.” explains Omega’s president and CEO Raynald Aeschlimann.

The house of Omega continues to dream and create path-breaking pieces for women, listening to their every need, woe and wish as they did from the very beginning. 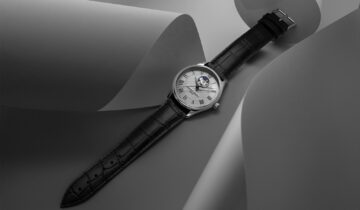 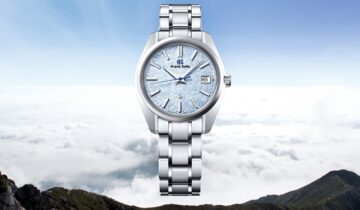 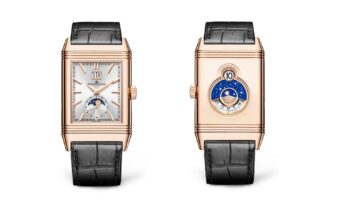