The narrative of watches, one that can be recounted to the early 16th century, is famously misconceived: were the Swiss behind its inception? Have wristwatches always remained a fashion statement or something more? The story of the device on your wrist has echoed and metamorphosed through the ages and for the ones that take pride in naming themselves watch-enthusiasts it is a story to know, a story to watch out for.

Allow us to take you through a journey; from where it all began!

A myth, as old as time, rewards the Swiss for the invention of watches; one may be rather shocked to realize that it was actually the Germans. A locksmith from Nuremberg, Germany named Peter Henlein- although disputed is considered to have invented the first pocket watch around the 16th century.

The watch at about 3-inches long was portable enough to carry in a purse or a pocket, yet too big for the wrist. The Nuremberg Egg, due to its oval, almost egg-like shape, had a visible bezel whose cover opened at the push of a small spring latch. Featuring only an hour hand and inner iron workings, as the spring wound loosely the irregularities in telling time grew. However, the pocket watch was far more accurate than previously derived devices by mathematicians and other intellectuals and only required to be wound once in 40 hours to work.

Apart from time, the pocket watch was known to tell more about a man’s social status and wealth – its polished gold metal encasing and its weights displaced by new spring technology made the pocket watch a fortune to flaunt.

As pocket watches rose to fame and out of pockets onto waistcoats, manufacturing sustained many new developments- including the infamous debacle over the balance spring watches.

Watch-makers and enthusiasts have been wrangling for decades over who pioneered the technology which is still imperative to the production and functionality of watches today- the balance spring. Whether the British Robert Hookes or the Christiaan Huygens of the Netherlands was the genius is a question whose answer is yet to be determined, whereas one thing for sure is the spring machinery quickly inflated levels of accuracy and quality of the watches.

The balance spring is attached to a balance wheel causing harmonic oscillations to control the speed of the wheels and therefore the movement of the hand on the watch. The regular periods of movement of the spring and wheel allowed the watch-making industry to reach new heights of precision and accuracy- only allowing a 10-minute error time per day rather than hours as seen in previous watches.

Whilst these developments occurred, the watch-making industry was brewing in Geneva, Switzerland. Swiss innovations flooded the years with the crafting of the ‘perpetual’ watch by Abraham Louis Perrelet which operated on the self-winding mechanism in 1770. A rotor was added to the mechanical workings of the watch that was staged as a weight affixed to the motion so that it revolved with the wearer’s movements. This revolution entirely replaced the banal manual winding; it wound the mainspring ‘automatically’.

The ‘perpetual’ watch was worked upon by many famous names, including Abraham-Louis Breguet in 1795 who bought, enhanced and patented Perrelet’s designs.

Jean Adrien Phillipe created a mechanism that allowed the time-pieces to be wound by the crown instead of a key. This caught Antoine Norbert de Patek’s eye at the Paris industrial exhibition in 1844. Phillipe joined him and they began working towards improving the key-less winding system at Patek-Phillipe. The evolving designs led to the birth of the first ever wrist-watch for the Countess Koscowicz of Hungary in 1868. Using wound movement Caliber 27368 and a cylindrical escapement, the delicate baguette-shaped timepiece had a metal gold case and bracelet. The dial was jeweled with diamonds on both sides with a hinged cover ornate with eight more. The first of its kind. 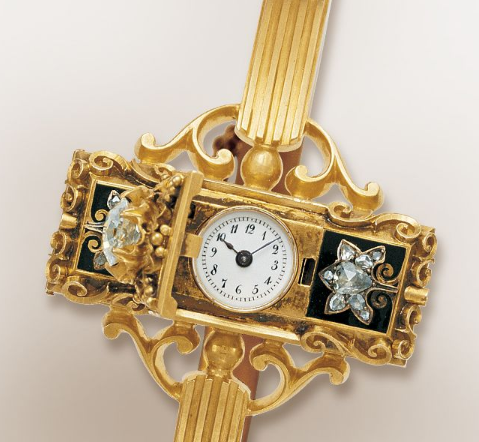 As the design and outlook of watches evolved, so did its purposes. Wrist watches were considered a ‘silly fad’ and only to be worn by women. However with desperate times came desperate measures; a couple years into the first World War-around 1914, wrist watches became a necessity for soldiers- a fad no more. The practicality to determine time quicker was imperative to allow the military to coordinate, therefore rendering wrist watches obligatory for soldiers in the trenches- coining the term ‘trench watch’. Made with pocket-watch movements, the bulky watch had a crown at 12 o’clock, outfitted with toughened, unbreakable glass and radium to elucidate the dial at night-time.

Noticing the obvious improvements in the device ushered with the interchange of ‘too feminine and silly’ to being compared to brave soldiers, the common people too supplemented their pocket watches with these. 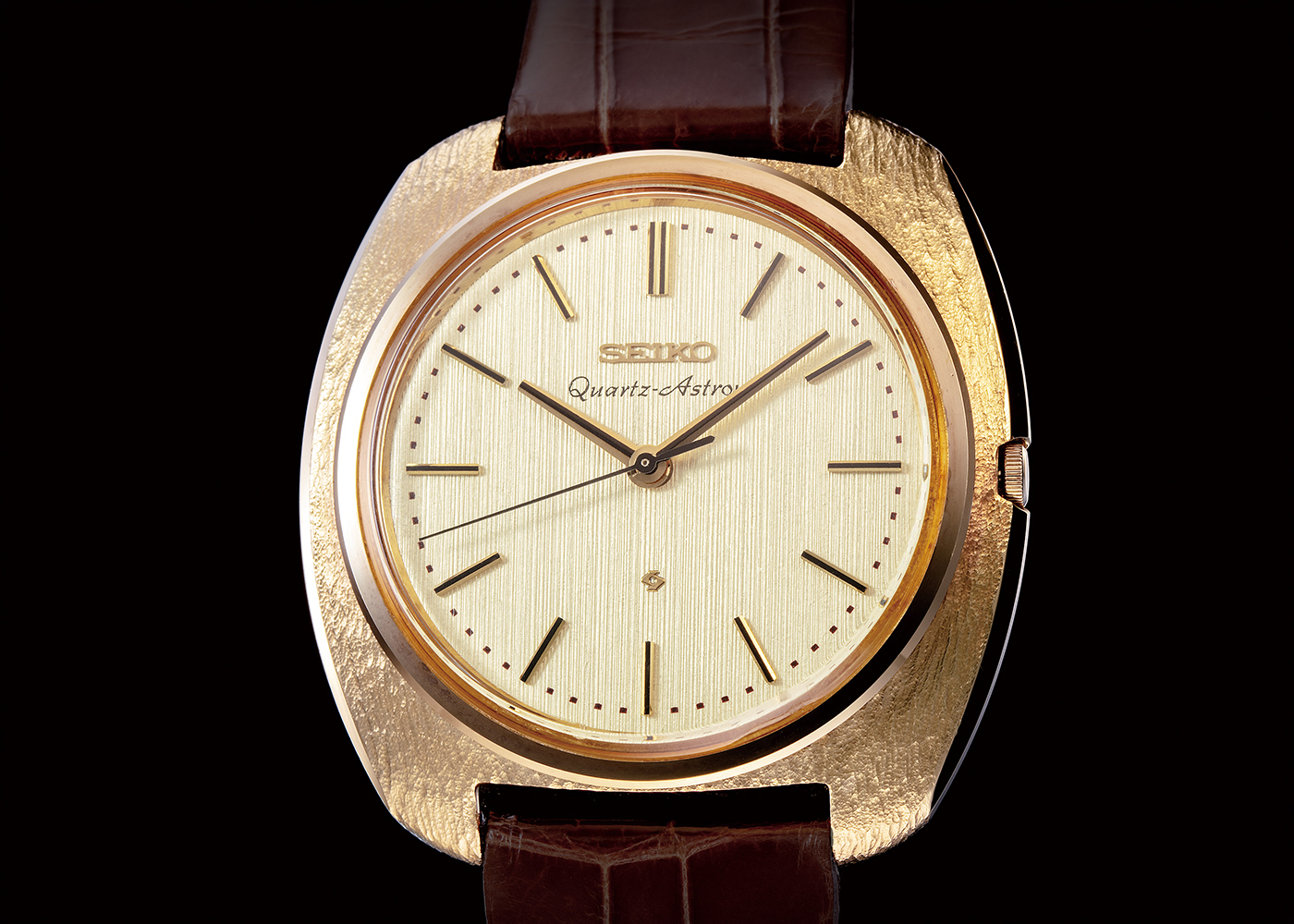 The acclamation era of wrist-watches preceded the radical turn of events brought by the ‘Quartz Revolution’ by Seiko that turned the manufacturing of mechanical watches on its head; from gears and wheels to consistently vibrating quartz. The replacement of the convoluted machinery in 1969 benefited the people with affordable prices and higher accuracy.

The Luxury World Of Watches Today

The two leading, world-famous Swiss brands acknowledged for their luxury watches have matched each other eye-to-eye for decades. Rolex and Omega known for their palatial timepieces have history as rich as their watches. 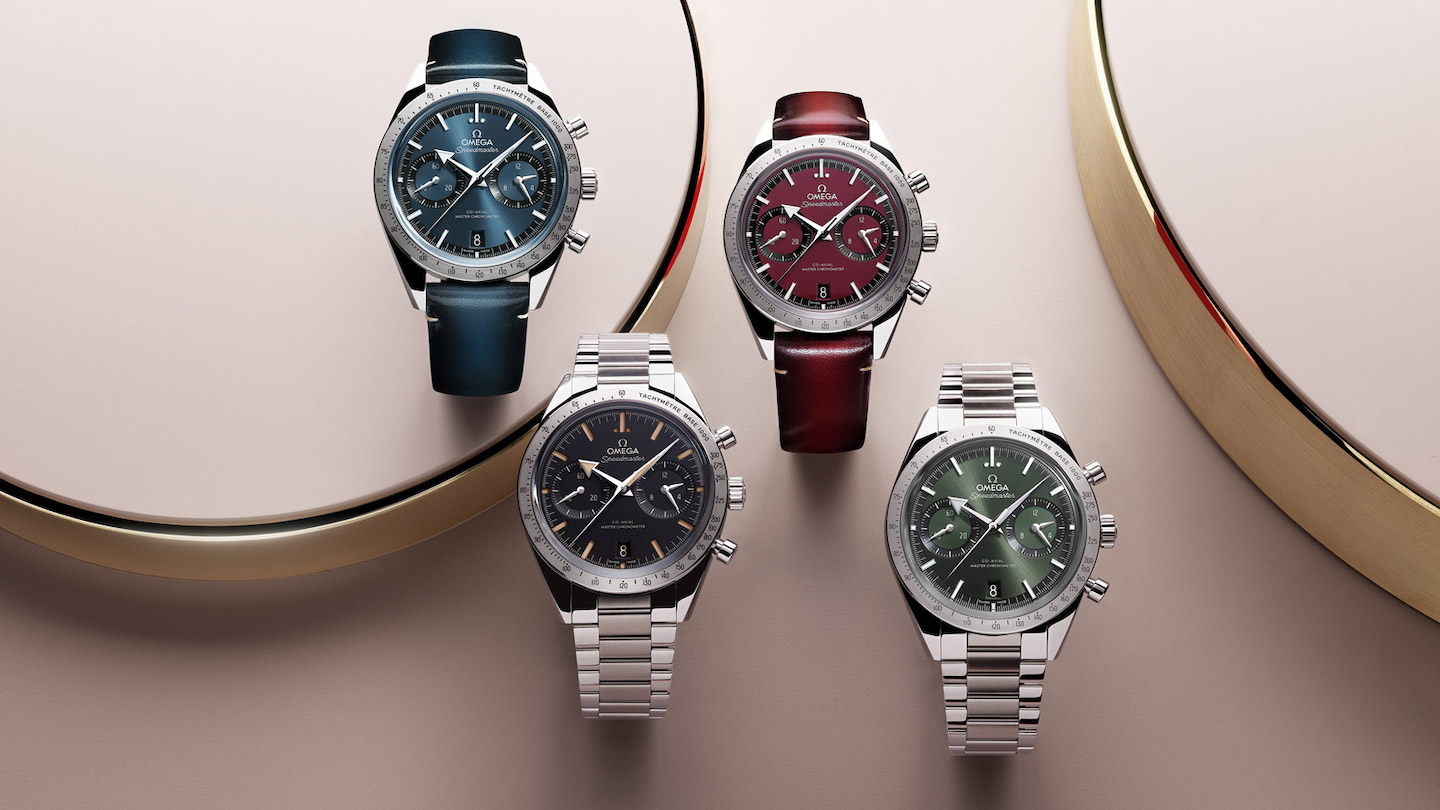 Omega, founded in 1848, Switzerland by Louis Brandt in his small workshop ‘La Chaux- de- Fonds” rose to fame during the years of the 20th century. The Speedmaster, the watch that sent ripples across the watchmaking world and out to space, was famously worn by astronaut Wally Schirra on his Mercury Sigma 7 Mission; the first watch to travel beyond Earth. This led to receiving a huge NASA endorsement rendering the Speedmaster as the chronograph for all American Space missions. Featuring in Hollywood and becoming the official watch for the Bond movies led to Omega’s wave of recognition and a rise in reputation around the globe. 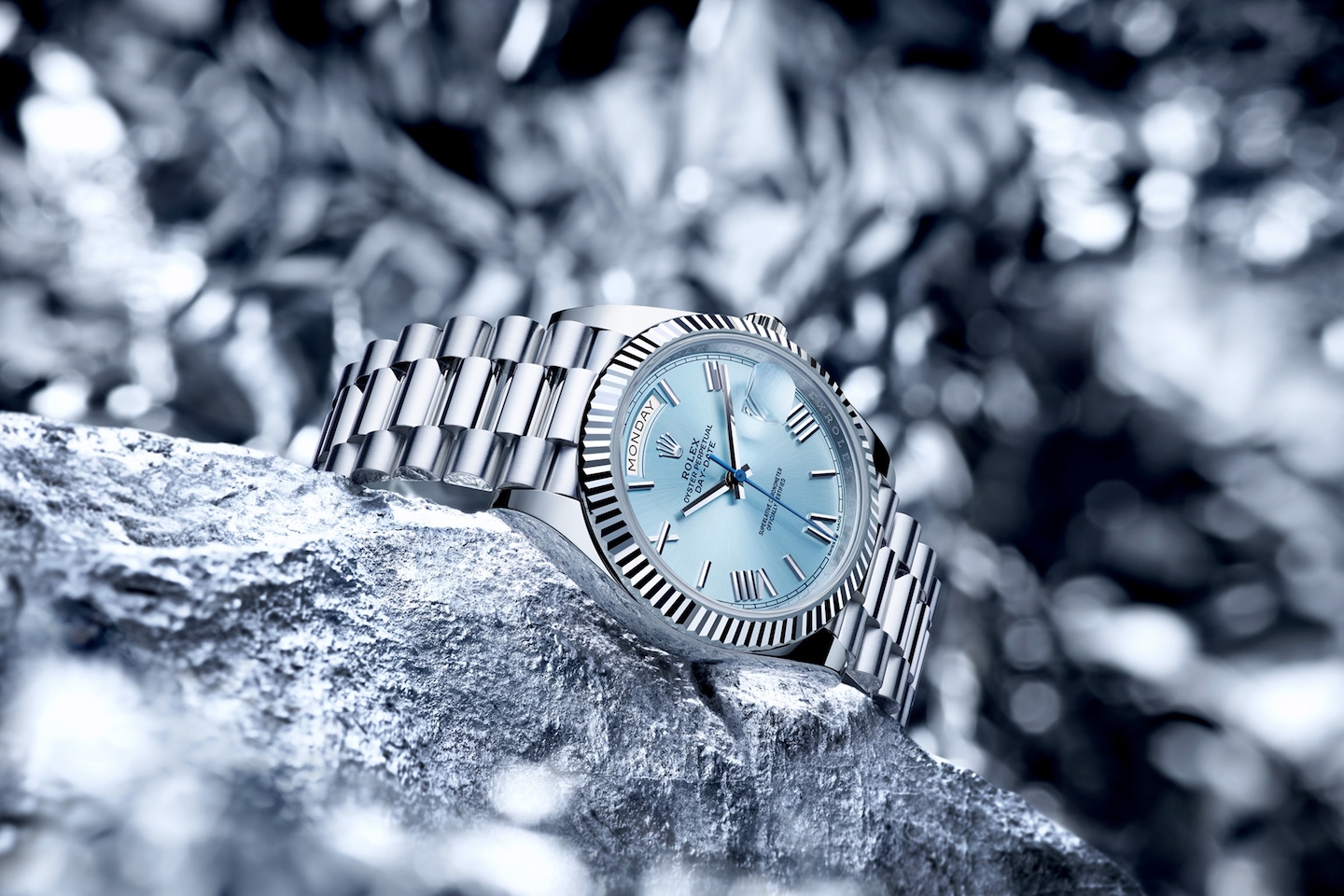 Rolex, though founded much later in 1908 by Hans Wilsdorf, started out with the vision of wristwatches of precision and accuracy. Creating the first watch with a water-proof case- the Rolex Oyster Watch. In 1910, it was the first watch to receive the Swiss Certificate for Chronometric Precision by the Official Watch Rating Centre in Bienne. Rolex quickly gained a reputation for its innovations and precision. 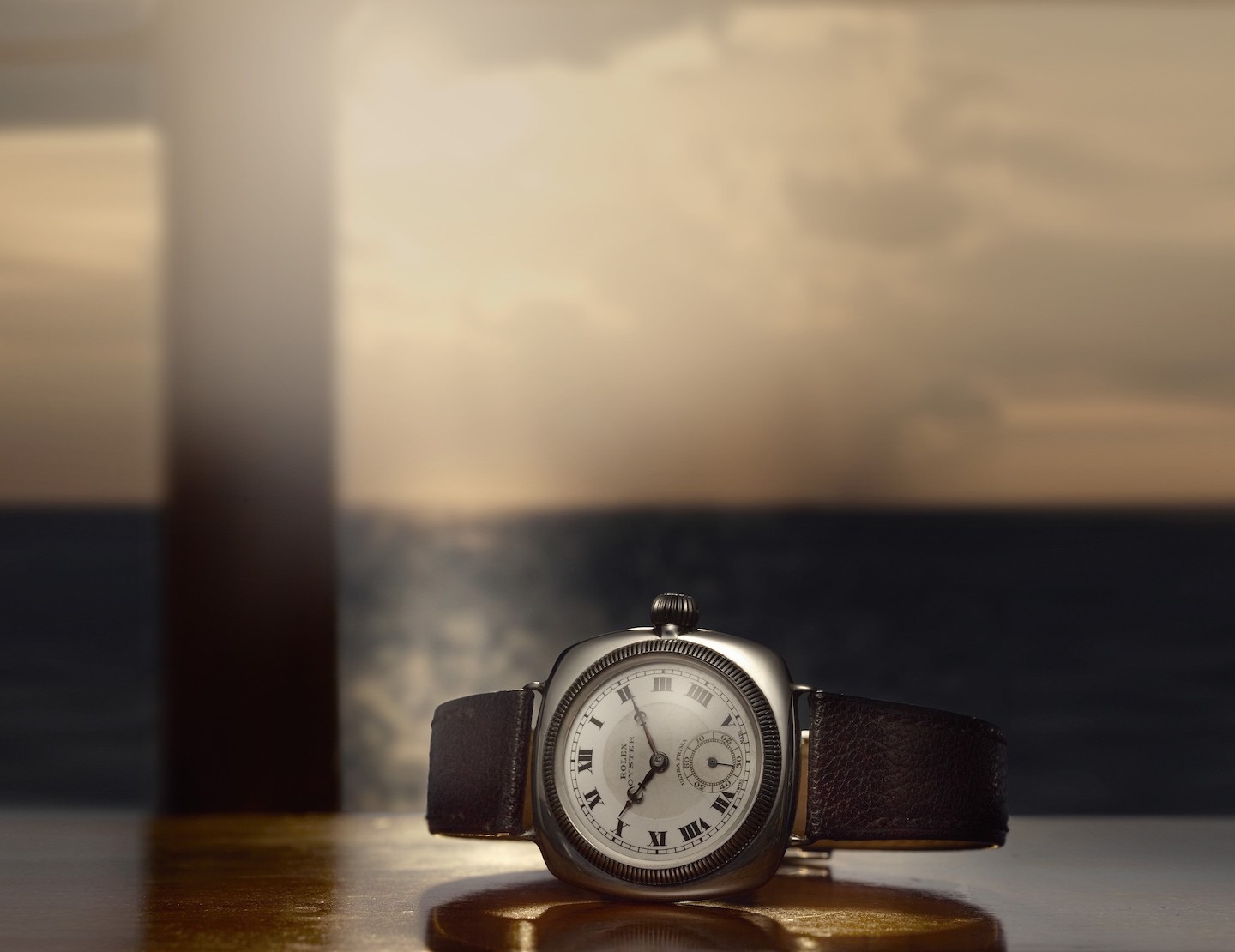 Both were then and still are the leading brands producing extravagant watches every year putting the watch-making world in awe with each timepiece.

The Era Of Complications

MB&F has been a leading brand in the world of complications. It birthed the horological concept library- a concept devoted to designing and innovating a series of divergent concept watches. A mission to stand out through multidimensional kinetic art pieces- MB&F uses almost 20 calibers for the base of its Legacy and Horological Machines.

It is widely recognized for paying homage to 19th century creations and reconstructing complications to design state-of-the-art ‘objets d’arts’. Complications are any function added to a watch apart from telling time: the Legacy Machine includes many such as the two column wheels, a binary switch, a split-seconds and lap timer too. MB&F harnesses the talents of highly-skilled and creative individuals to give watches and their collectors a new perspective. 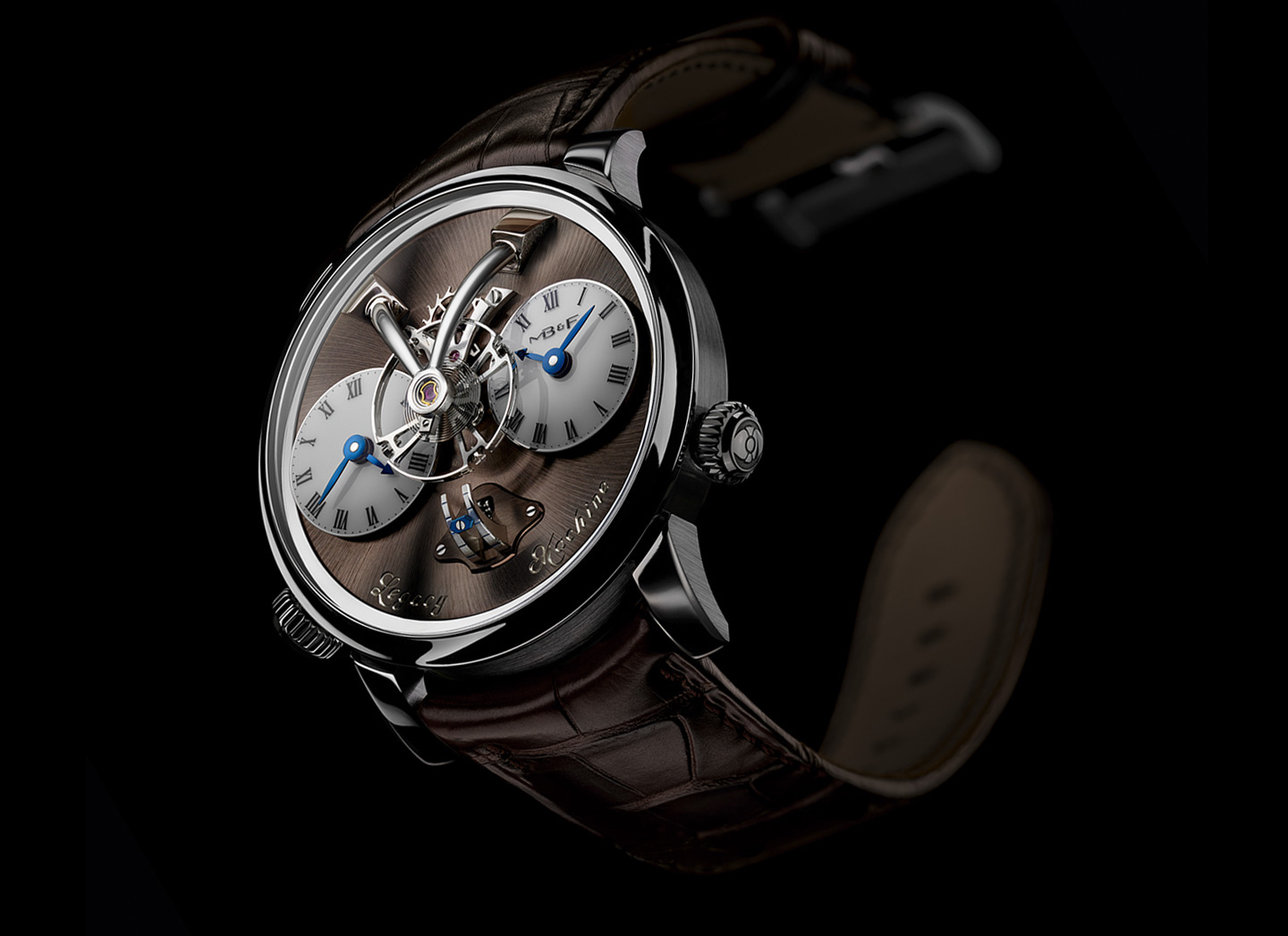 The history of watches when studied through the looking glass reveals many revolutionizing stories brought by intriguing personas whose fame and watch-making legacy has endured beyond their life. Apart from the technicalities or the intricacies, what appeals about the history of watches is how each transformation adheres more and more to its changing times.

From the large unaffordability of the very first pocket watches and its importance to social standing revealed about the 16th century’s income inequality and strict class system; to the quantum leap from merely a female accessory to life-saving during war. It is the culmination of scientists, watch-making experts and a fair side of obstacles characterized within a centuries long journey of the watch traveling from the pocket to the waistcoat to the wrist. Watches have been ever changing with revolutionary design break-throughs– the ongoing smart watch revolution that Apple and Fossil sparked, marks another date on the chronology of watches. 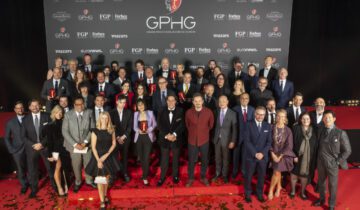 Grand Prix d’Horlogerie de Genève (GPHG) 2021 : The Verdict Is Out 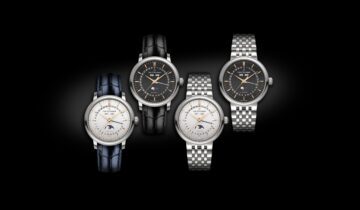 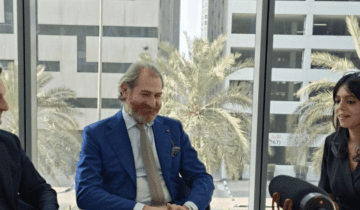