Furlan Marri, a brand that is blooming over endless Instagram pages and is ready to be the next big thing, is remarkable for all watch lovers.

The first brand created during the COVID era; since it was totally developed, created, designed, and implemented by partners Andrea Furlan and Hamad Al-Marri since the global lockdowns began in early 2020. So far, the watches have impressed me in terms of price and morals. But as emblems of defiance to the dark days, we’ve all shared, and as marks of optimism for the restoration of routine and human touch that we’ve all craved, they’ve got a special place in our hearts.

First and foremost, I adore the fact that there has been so much innovation in the sub-1,000-dollar price bracket. Bold, ambitious start-ups like Baltic, Bamford, Undone, and now Furlan Marri are essentially schooling many established brands. When two friends with a common passion for watch-making and creating come together, you know it’s going to be a marvel. A brand that ranks superiorly in the micro-brand segment.

Furlan Marri is more than a watch brand to me; it’s powerful proof that beauty and cost don’t have to be mutually exclusive.

How did this story begin?

Andrea’s grandfather bequeathed him a watchmaker’s cabinet when he was 15, which was full of vintage tools, pocket watch components, and letters from suppliers from the ” Vallée de Joux ” and ” Le Brassus “. Since then, he supposes, he’s acquired an interest in vintage things and the watch look. He also left me his watch, which had a story to it, which he found interesting.

As for Hamad, his father gave him an Omega Seamaster when he was 14 years old. This happy occasion with his father sparked his interest in timepieces. Later on, he enjoyed looking at the timepieces that were sold at auctions, reading their stories, and fantasizing about wearing one of them on his wrist.

And that’s how their story began. Talking about the rise of this micro-brand, our Founder Karishma Karer at The Hourmarkers spoke to the co-founders of Furlan Marri at the Dubai Watch Week 2021.

Talking about how it all began, Andrea and Hamad said, this story began in March 2020 and has seen a peak in just 9 months. They incorporated a system to keep up with the trend and made hundreds in just 35 seconds. Since the past 7 months, they’ve shipped over 5000 parts and are currently working on a new Reference. In less than a year Furlan Marri has also been nominated at the watchmaking Oscars – the GPHG.

A watch brand that hits the sweet spot- quality, stunning finishing on the watch, and an accessible price point. Andrea shared his varies experiences. While in Asia, he visited suppliers for a variety of watch brands and discovered that he had everything he needed to create a high-quality yet “affordable” watch. Along the way, Furlan began to discuss his concept with an old friend, Hamad Al-Marri, a watch collector with a lifelong fascination with all aspects of horology. Establishing detailed proportions with mass production was interesting.

The duo launched in Japan 9 months ago and clearly took the watch industry by storm.

Owning a watch, no longer a dream?

The concept of a watch being a dream that you must save your entire life to obtain does not resonate with millennials and Generation Z. They want to be able to enjoy their lives and the things that come with it right now, right now. They are, nevertheless, quite discriminating and capable of appreciating subtleties and nuance.

For now, these stunning timepieces will be available online given the current circumstances. Being a two-man army, it’s difficult, but they hope to scale operations and make these watches accessible to the people. Right now the watches are available on a pre-order basis. Talking about how soon they get sold out, the problem was the process took 30 days. But, when they launched the website, they started producing more.

Furlan Marri also did a special edition watch for Dubai Watch Week 2021. Talking about how it came about, the co-founders maintained the green color and were truly happy with the result.  This new watch is part of the Mechaquartz line.

Could we see a new perpetual calendar in the works? It’s a possibility, but first, the brand wishes to work on an automatic movement. It’s a step-by-step process. They wish to put out a watch which is very good and gives them satisfaction.Big plans for India? They’re working on the ultimate swiss watch movement and want to produce many more watches.

I’ve always been adamant in my opposition to the widely believed assumption that the next generation is uninterested in timepieces. The reason watches aren’t on their mind is that they’ve become so expensive that buying a Patek Philippe or any Rolex is as out of reach as owning a house in New York or London.

So, what follows when a possibility is no longer available? We simply don’t think about it anymore. And, while there is a rebirth of interest in independent timepieces, I believe that this new wave of youthful upstarts has played a significant role in that dynamic transition. And if Furlan Marri lives up to the hype, they’ll be one of this generation’s most coveted and important watch brands. 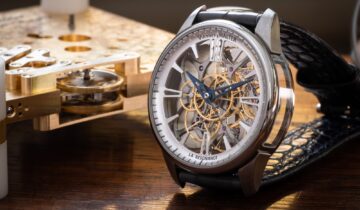 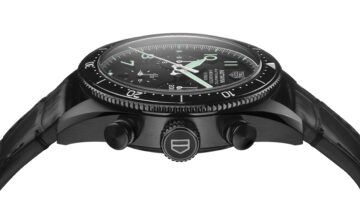 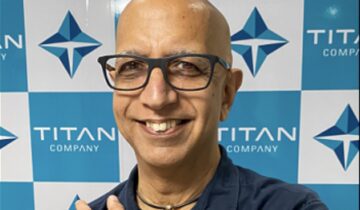