It’s waterproof, it’s been to the moon, it has a tachymeter on the bezel, it comes in a million variations and it’s still relevant, what makes the Omega Speedmaster tick? Let’s find out…

Precisely 65 years ago, Omega launched the first ever Speedmaster: sized at a comfortable 39mm, the dial was almost like a template of perfect balance and proportions. Featuring a classic triple-register chronograph layout, high-contrast index markers, and a domed Plexiglas crystal, the watch sprawls across the wrist comfortably with broad arrow hands. Aptly titled ‘Broad Arrow’, the dial extended into straight lugs, and had an engraved black print bezel.

Undoubtedly loved, the Speedmaster became so popular that by 1969 (only 12 years later) it was on the moon! Yes, the moon. The journey began in the early 1960s, solo space travel was real and NASA was on a lookout for a watch that could withstand all unexpected conditions. Out of a plethora of creations that were anonymously purchased by NASA to see what fits the bill, Omega’s Speedmaster passed with flying colours. Countless tests were held for years which included quick succession temperature changes from 71 degrees celsius to -18 degrees celsius, shocks of upto 40Gs with only 11 millisecond breaks, high pressure vacuum, acoustic testing that ranged from 40 to 10,000 Hz, and so much more. But nothing could move the piece and the watch was officially the one taking flight. After it landed on the moon, Omega dubbed it with the word ‘Professional’ and it had a new reference number 145.012.

But this was just the beginning for this icon, today it is seen, cherished, coveted in every size and variant by both men and women. Ranging from 38 to 45mm, across six lines, there is a Speedmaster for everyone.

The one that grabs our attention here are the 38mm speedy’s. Introduced by Omega in 2017 especially for the ladies, this speedy was a combination of the De Ville’s chronograph dial and the Moonwatch. It is more than just a reduced version of the legendary speedmaster. Softer tones of the dials and straps, the fonts on these sundials are relatively thinner. Unlike the simple and straight lines on the Moonwatch, the speedmaster 38 is rather curvy emphasising the delicate details of the watch.

Whilst each watch has a specific niche, it’s the Speedmaster 38 that cuts across all styles with ease. Comfortable on the wrist, easy to wear and is a definitive classic. Known as the most recognisable Speedmaster, one of the most distinct features of the 38mm series is the fact that the dual bezel allows this legendary design to be played with various materials, gems, colours and more.

For me personally, I love the idea of the orbital chronograph subdials and how they lend to function and design. Whilst they are powered by the co-axial chronometer chronograph movement with a date function, for me it’s the play of colour and texture that the house achieves with each creation. With plenty of bi-colour variations and the artistry of materials, there is something about this epochal timepiece that still screams history without being trivial.

Marking dexterity with every edition, amongst the many standouts, one of them is the Orbis Edition. Encircled with a deep blue aluminium tachymeter, the sun-brushed blue dial includes horizontal, light-blue oval subdials and a vertical oval date window at 6 o’clock. The indexes are rhodium-plated while the hands are also rhodium-plated or blue. The blue central seconds hand includes a special Orbis Teddy Bear counter-weight.

To appease the minimal decadence Omega’s creations constantly boast of, the mother-of-pearl variant with the white leather strap poses as a compelling choice. With a white ceramic tachymeter outlined with diamonds, the indexes are rhodium-plated while the hands are either rhodium-plated or rose which is matched with the stitch of the stap.

For those who like the idea of a blue dial with simplicity at its core but the power of a powerful calibre, look no further than the sunbrushed blue dial with the aluminium blue tachymeter. The rhodium-plated indexes and hands offset the steel bracelet perfectly.

But if none of these catch your fancy, rest assured there is actually plenty more where that came from, so go on, explore your version of a Speedmaster that truly embodies you. In an era dominated by kicks and oversized clothes, the Speedmaster 38, could add that perfectly refreshing twist to your overall look. 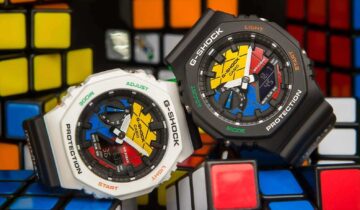 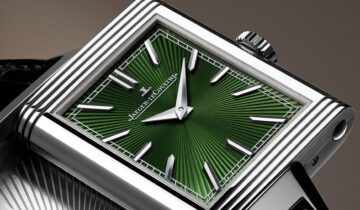 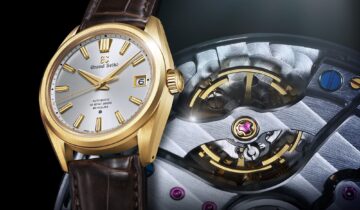 What’s so extraordinary about the Grand Seiko Spring Drive?