From Priyanka Chopra for Bvlgari and George Clooney for Omega to Rami Malek for Cartier, Siddhant Chaturvedi for Ulysse Nardin and more—celebrity ambassadors have been the go-to marketing strategy for many luxury watch brands. With the goal of reaching more customers and sharing the timepiece’s story, watchmakers cast around for the most influential celebrities. However, this strategy can be a double-edged sword as the same celebrities might get embroiled in controversy or might not be the “right fit” for the brand. Today, customers are sharper than they were before. They crave authenticity and relatability. Given that, how effective is the celebrity ambassador strategy for luxury watchmakers? Here are some case studies.

When James Bond sported an Omega, it caught the world’s attention, so much so that the maison introduced the Seamaster Diver 300M 007 edition. The association between the iconic movie character and the Swiss watch brand was further solidified when Daniel Craig, who played Bond in multiple movies, became Omega’s ambassador in 2006.

While this partnership helped Omega gain exposure to a wider audience, it also raised the brand’s desirability. In addition, customers began to see Omega as a watch that wasn’t just meant for special occasions—it was now something you could wear every day as Bond did.

In April 2021, Chopard announced Deepika Padukone as the “Friend of the Brand”, introducing her as the face of their Happy Diamonds collection. The collection, which was first launched in 1976, is characterized by its playful design and moving diamonds. As someone who has always been vocal about mental health issues, Deepika made the most of this partnership by using it as an opportunity to start a conversation about happiness and what it means to different people. In that sense, she is the perfect ambassador for the Happy Diamonds collection.

Recently, Bvlgari launched their new campaign, Unexpected Wonders, starring actresses Zendaya and Anne Hathaway. The former joined the luxury brand back in February 2020. As for how she fits into Bvlgari’s persona, Chief executive officer Jean-Christophe Babin noted in an interview, “Zendaya is epitomizing the Generation-Z spirit.” It is the brand’s way of showing that they are crafted for a global audience and can cater to the tastes of its younger customers.

Generation Z, people born between the mid-1990s to early 2000s, are known for their social consciousness and buying habits. They research brands thoroughly before parting with their money and are looking for more personal connections with the brands they buy from. In that sense, Zendaya’s work with Bvlgari—which includes a short film in addition to the print and digital ad campaign—ticks all the right boxes.

In 2017, Rolex announced that they will be the official timekeeper of Wimbledon—a fitting partnership given the sport’s luxurious and genteel history. The Swiss brand has also been sponsoring various tennis tournaments and players over the years. These include the US Open, Roland-Garros (French Open), as well as Roger Federer and Serena Williams.

In 2019, Indian actor Ranveer Singh was named the brand ambassador for Swiss watchmaker Franck Muller. The choice of celebrity was an interesting one as Singh is known for his flamboyant and eccentric personality.

However, upon closer inspection, it seems like Franck Muller was trying to tap into the growing market of luxury watches in India. And what better way to do so than with someone who is popular among the young? In addition, by partnering with Singh, Franck Muller also managed to shed its staid image and come across as a fun and approachable brand.

What do these cases tell us?

The effectiveness of a celebrity ambassador depends on several factors. The most important of these is whether the celebrity is the “right fit” for the brand and whether they have a genuine interest in the product.

A good example of the former is Daniel Craig and Omega—the movie character and the watch brand share similar values such as ruggedness and elegance. In the case of Hrithik Roshan for the watchmaker Rado, too, the actor’s understated personality is in line with the brand’s philosophy.

It is also essential that the celebrity believes in the product they are selling. If they don’t, it will be difficult to fake enthusiasm and conviction—something that customers can see right through. A great example of this is Roger Federer and Rolex—the tennis champion has been a Rolex ambassador for over 20 years and is known to be a loyal customer of the brand. This goes to show that when a celebrity genuinely likes a product, it helps add to the luxury watch’s allure.

That said, we must note that not all brands are on board with this strategy.

Some watchmakers, such as Patek Philippe, don’t have any celebrity brand ambassadors. The appeal of a Patek is rooted in its exclusivity and keeping the watch in the spotlight. In doing so, Patek Philippe has managed to stay true to its luxury roots. 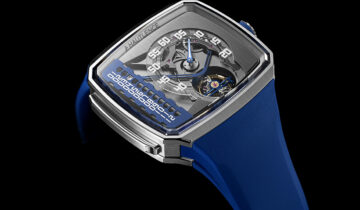 Hautlence’s New Linear 1 Series Is All About Change! 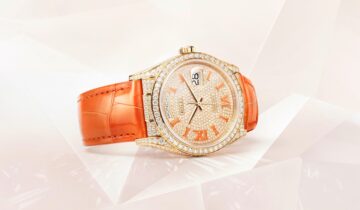 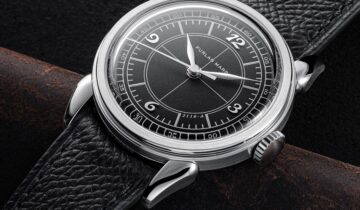