Established in Geneva in 1974, Antiquorum has carved its own unparalleled niche in the auction world by cultivating a thriving collector’s market for timepieces worldwide and consistently obtains the highest prices for timepieces, auctions timepieces with exceptional provenance and rarity and has set many world records.

In a lavish setting at the historical Hotel Beau-Rivage Genève, located along Lake Geneva, the auction will be broadcasted digitally on the www.antiquorum.swiss website, gathering a total of 535 lots, at the forthcoming Geneva auction on 9th May 2021.

“Even though the auction will be behind closed doors due to protective sanitary measures, it was really important for me to welcome our collectors digitally within the Beau-Rivage Hotel setting. Indeed, the Geneva May Auction is eagerly awaited every year and I hope that being located in this historic hotel will highlight the experience the audience deserves. The selection our team of experts achieved in bringing together will for sure mesmerise watch enthusiasts around the world.” Romain Réa, Antiquorum CEO.

The Hour Markers top picks from the upcoming auction.

A brand that is consistently in great demand in the vintage watch market, Antiquorum will be presenting to its audience some rare treasures from “The Crown”: 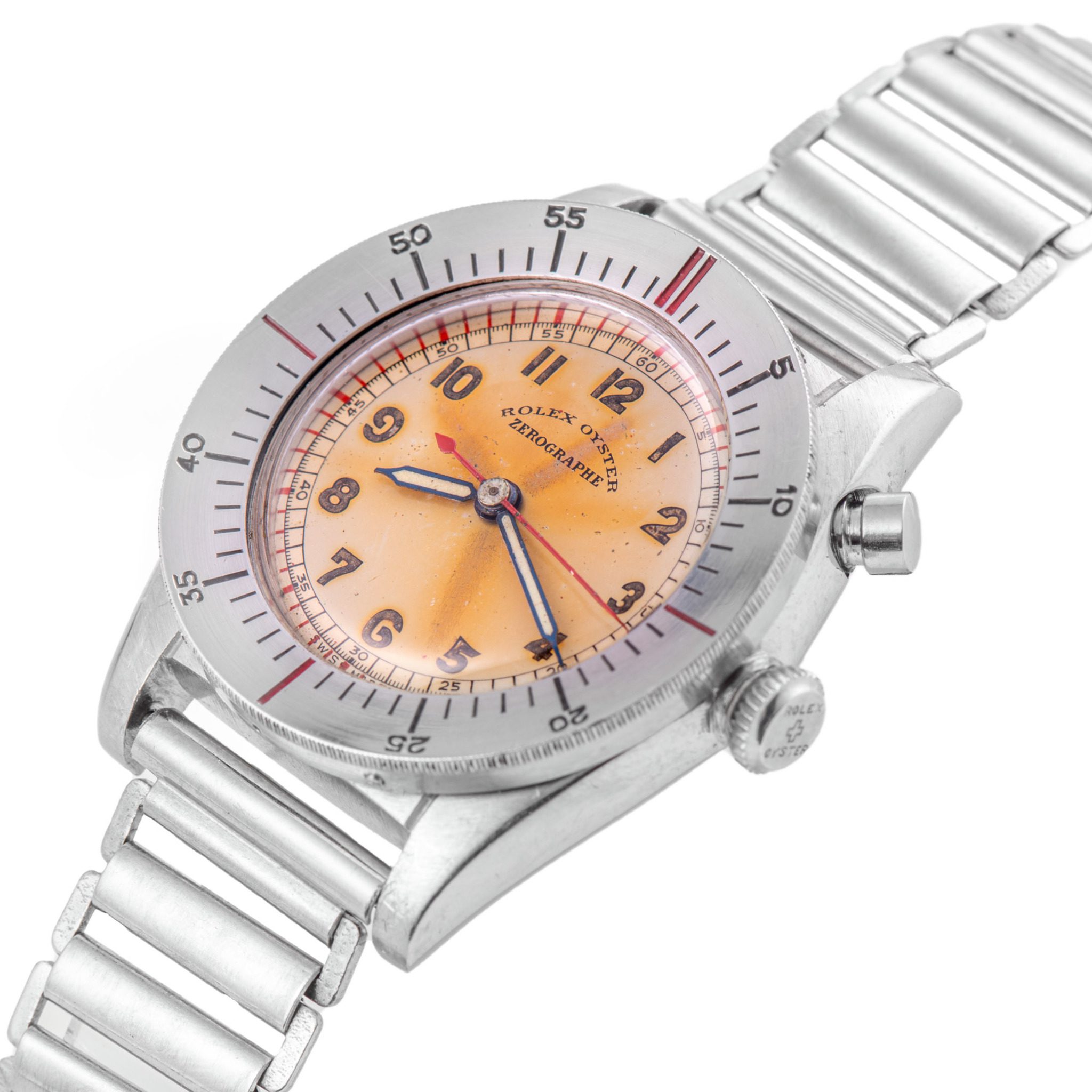 Even more rare than the reference 4113, which is considered the holy grail for collectors, Rolex Ref. 3346 Zerographe LOT 292 is the first ever Rolex Chronograph to feature an in-house movement: a 17- jewel, manual-wind Rolex caliber with a flyback stop-seconds function. The Zerograph, a model whose demand is growing, will go under the hammer. 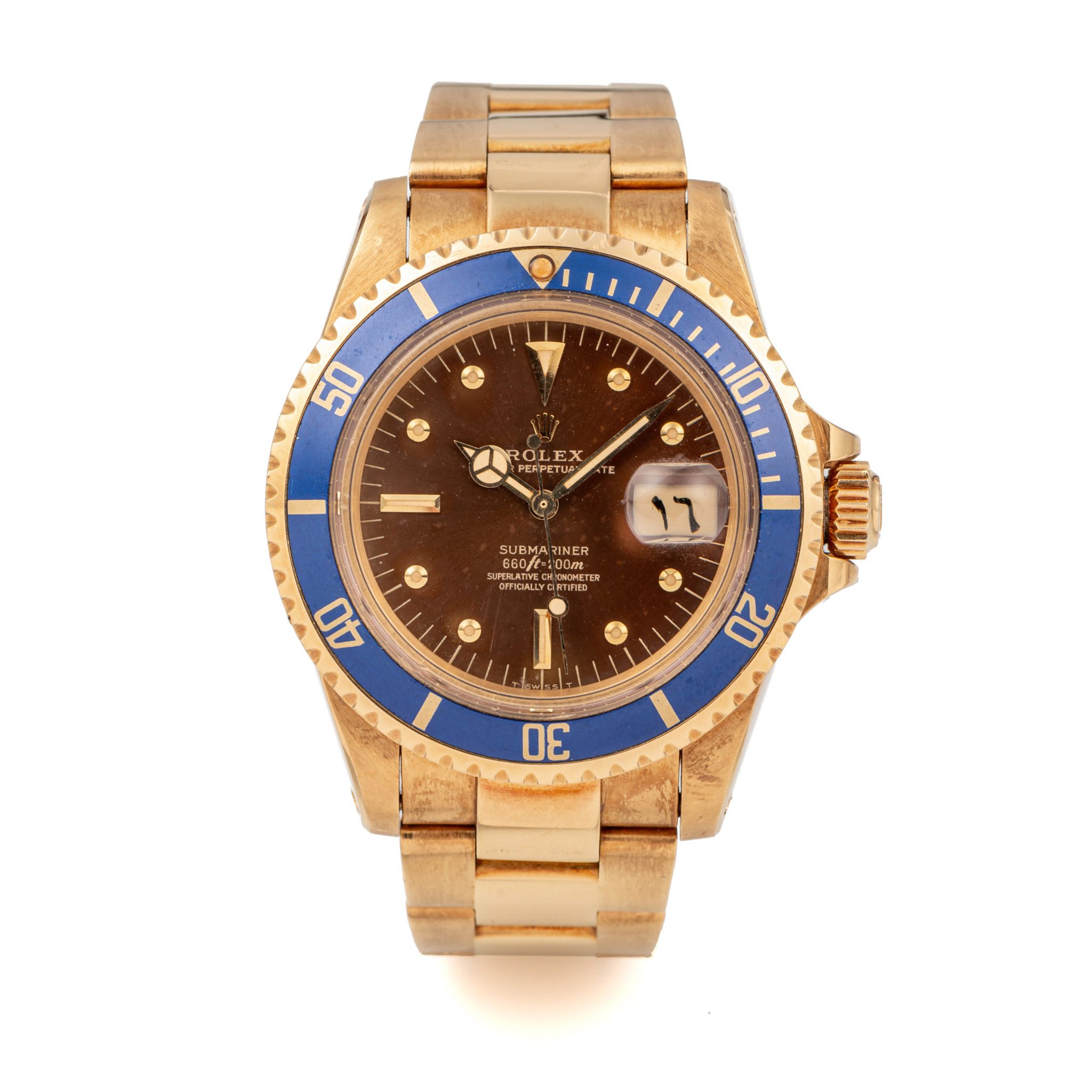 Another first on the market is LOT 224 Rolex Ref. 1680 Submariner in 18K yellow gold, featuring a very attractive tropical dial with Arabic date disc, full set. Made for the UAE Armed Forces. 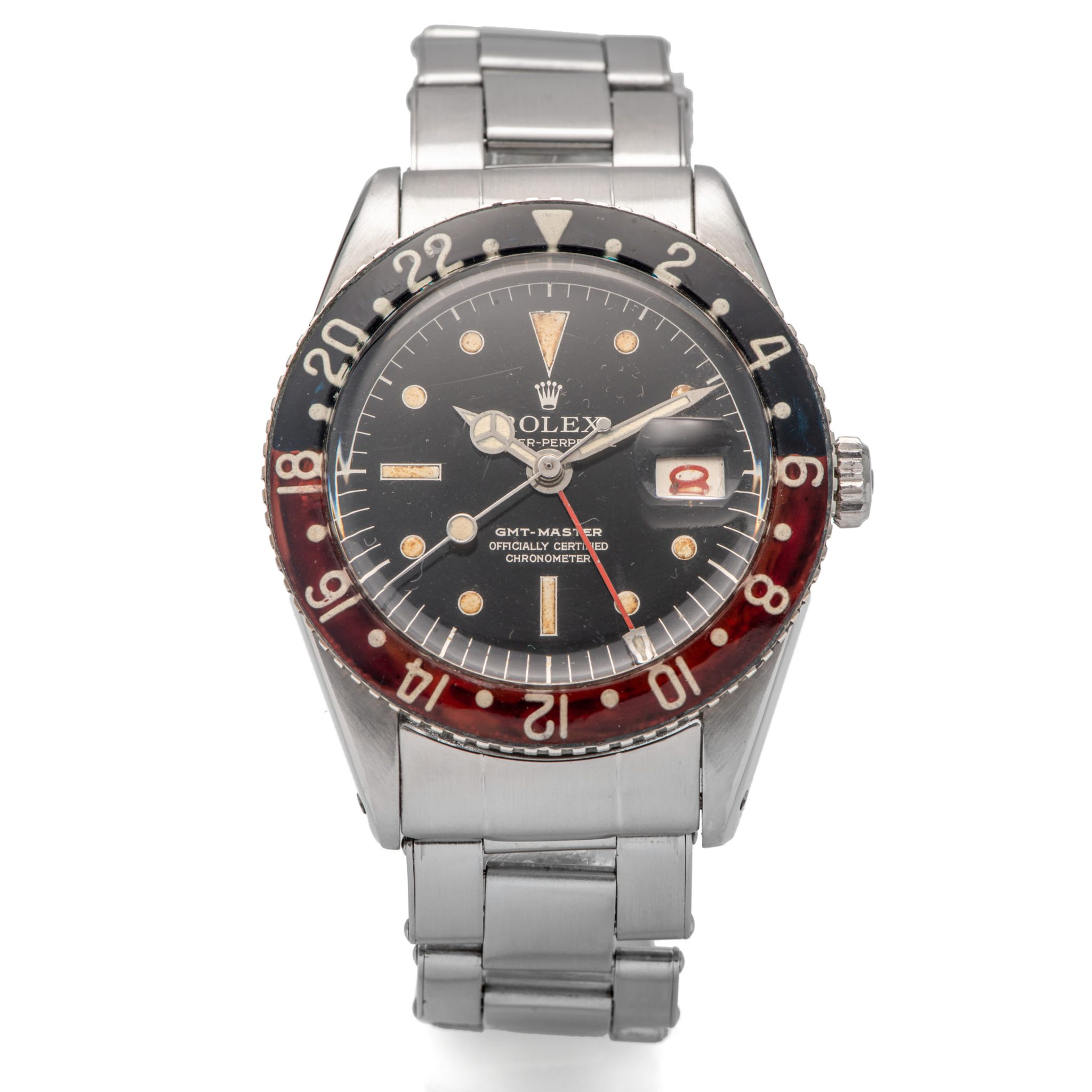 LOT 400, the Ref. 6542, takes its origin from Pan Am (Pan American World Airways), which commissioned Rolex to develop a watch with a second time zone for their pilots. Antiquorum will propose this very fine and rare stainless-steel GMT Master from 1958 with its original Bakelite bezel. 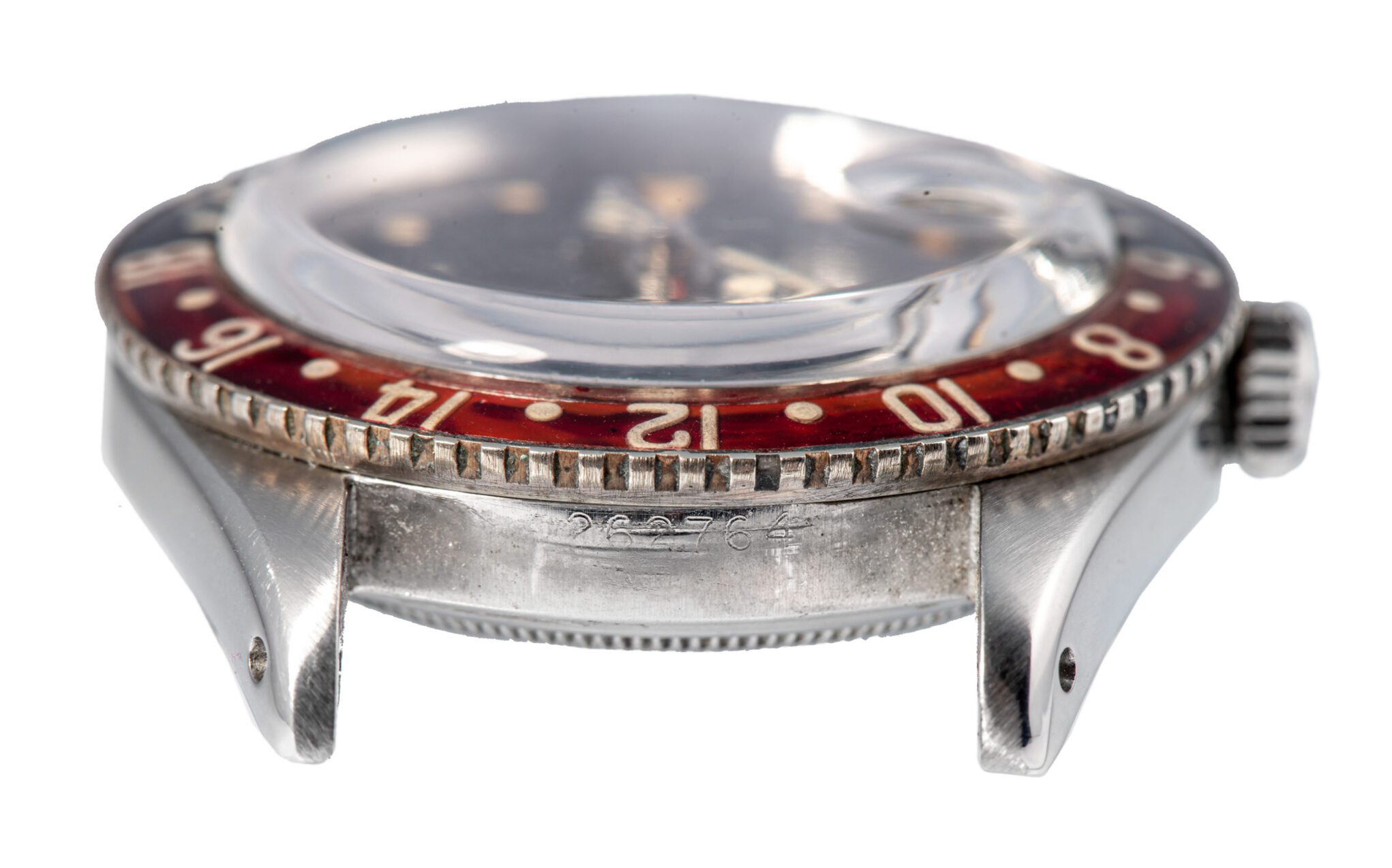 Better known as “Pussy Galore”, the reference was nicknamed after the glamorous blonde who wore the piece and starred alongside James Bond in Goldfinger. Production for this model reference was halted in 1959 in favour of the Ref. 1675. 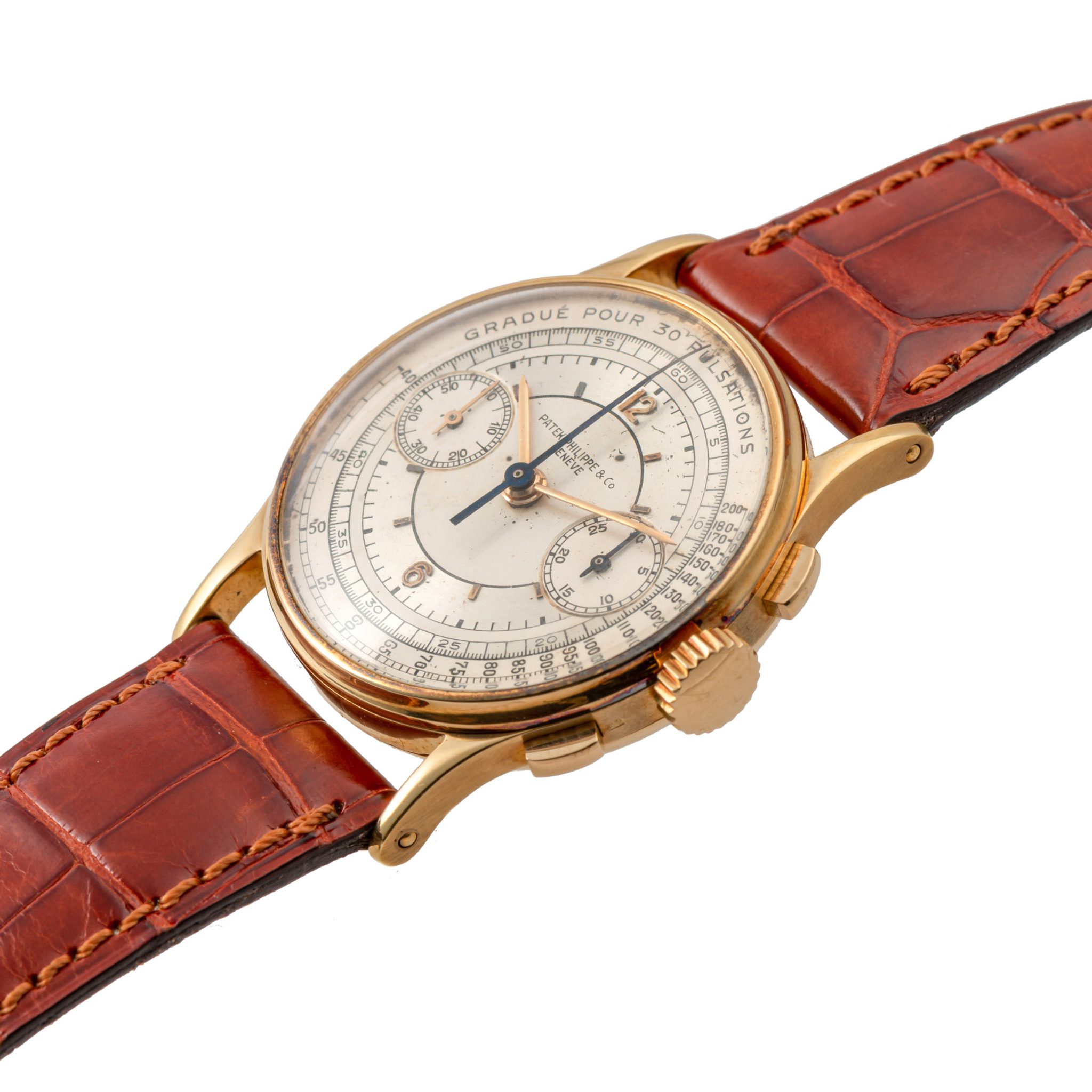 LOT 369 – Patek Philippe Ref. 130. First offered at Antiquorum in 2002, the watch has never re-appeared on the market until now. Displaying two hallmarks to the sides of the case, their presence confirms its excellent state of conservation. Its original two-tone silver pulsation sector dial shows some wear and oxidation but is still in remarkable condition considering its 74 years of age.

Sector dials on Patek Philippe chronographs are extremely rare but this piece, combined with a pulsation scale as well, makes this piece one of the most desirable combinations available to discerning collectors. The watch is offered on the market to fund in part a charity project that will provide medical and dental services on a sailing-catamaran free of charge in areas where access to such medical services is difficult or not available at all: The Tooth-Fairy Project. 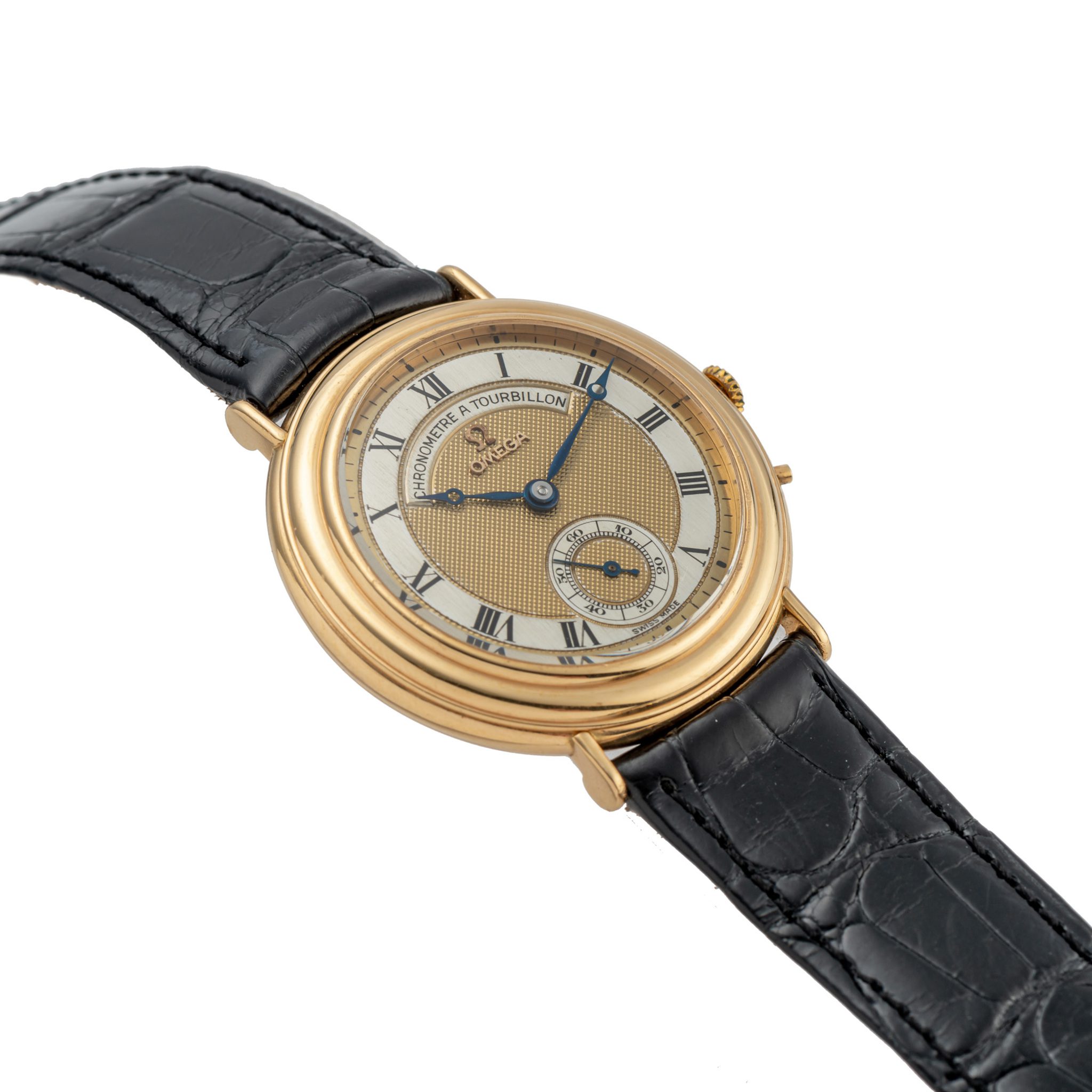 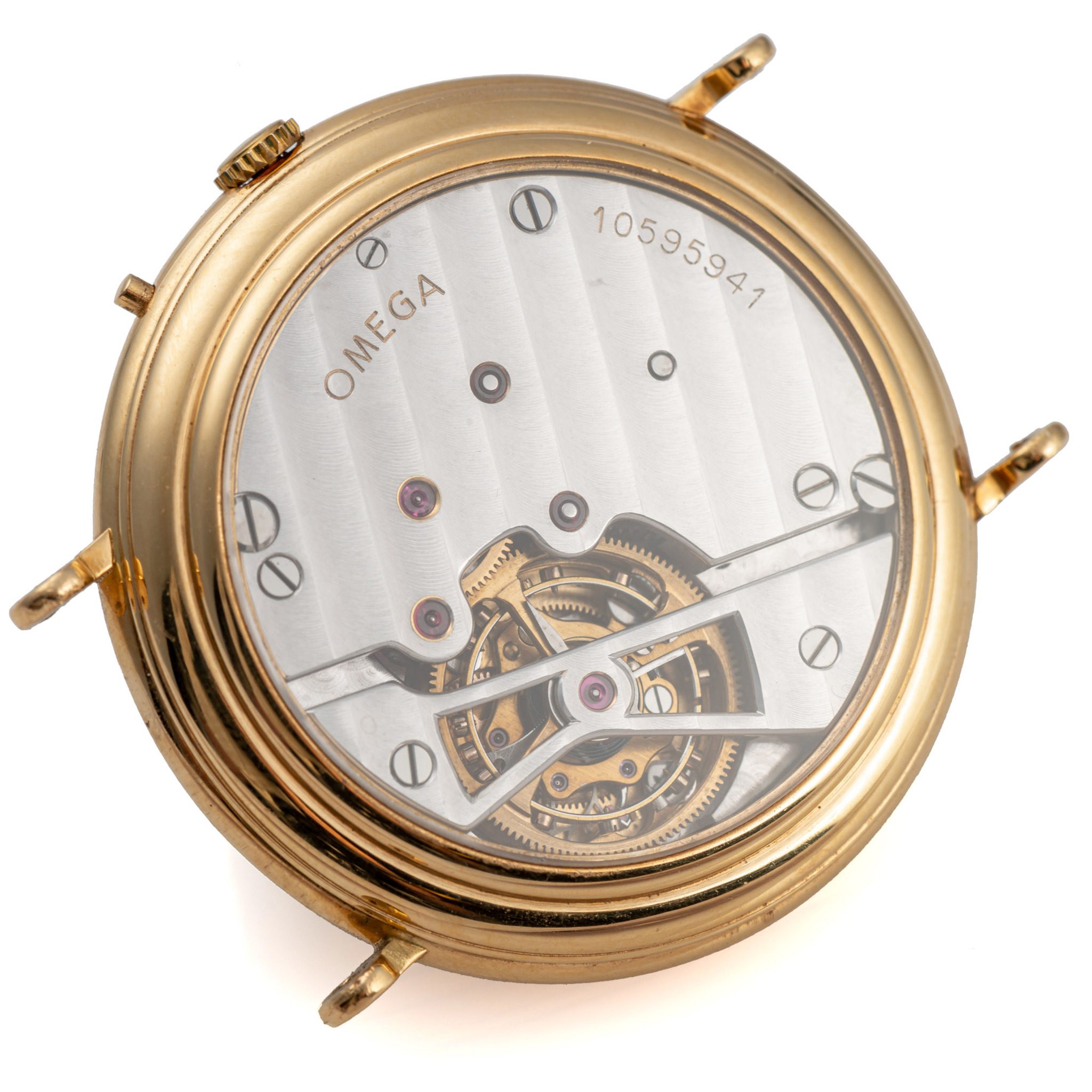 LOT 444 Omega Chronometre Tourbillon made in only 12 examples for observatory trials. Recently discovered information in the Omega archives has come to light that in the 1980’s, this movement was owned by Mr Franck Muller himself and that he was the one that finished and assembled the movement. Mr Muller had the dial made by Tille and the case was ordered from the famous casemaker of Patek Philippe cases, among others, to Mr Jean-Pierre Hagmann. 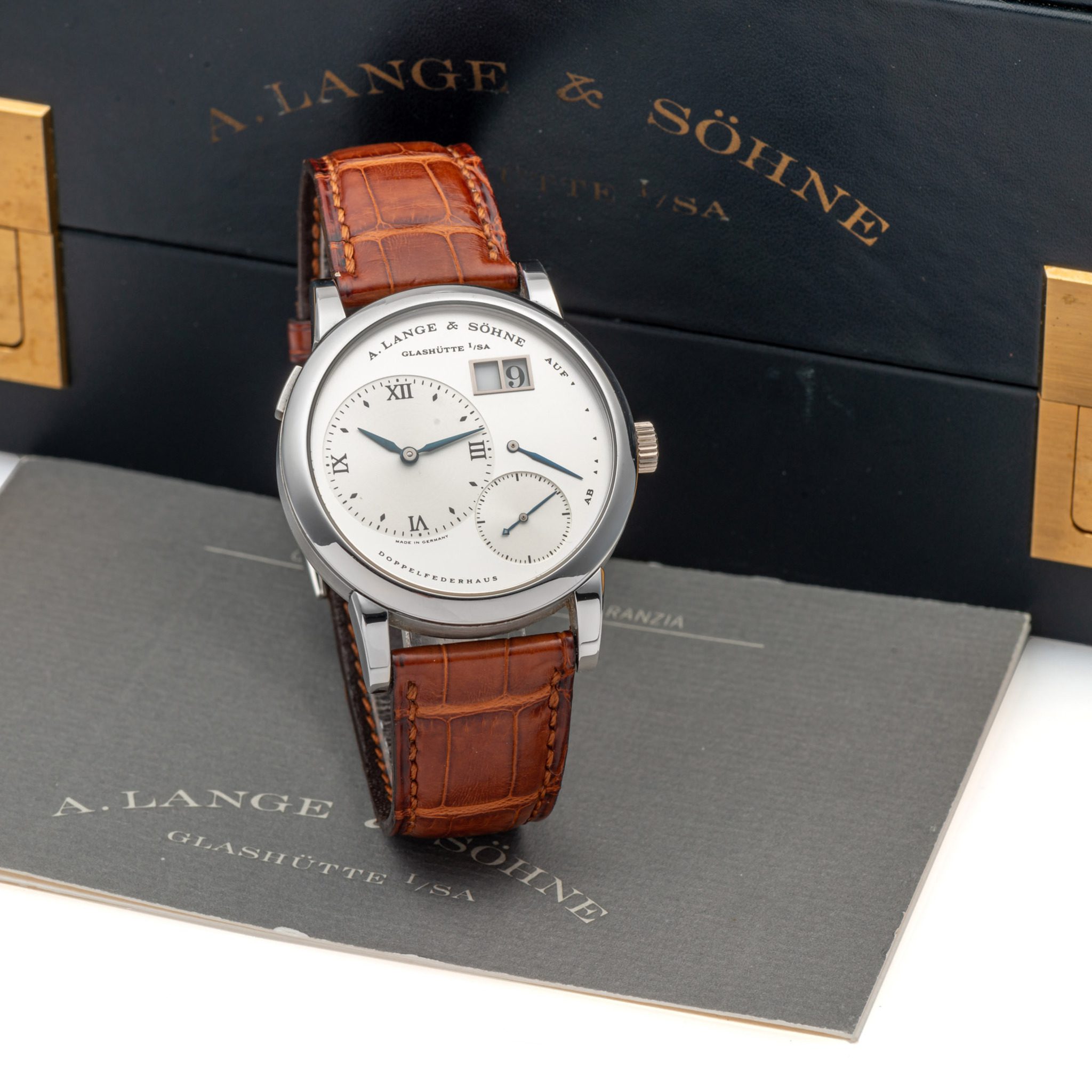 A rarity in steel, A. Lange & Söhne Ref. 101.026 Lange 1 LOT 434 represents the most desirable and rare watch made from the exceptional German Manufacture. According to Antiquorum experts’ research, we can consider that there are less than 30 pieces in steel. Only a few examples surfaced on the market with huge results and great interest from all over the world. The present watch, sold in Milan in 1997, comes from the family of the first owner and has never been on the market or at auction.

Affirming once again its strength, Antiquorum the World’s Premier Auctioneers of Modern and Vintage Timepieces, established in Geneva in 1974, is entrusting an exceptional sample of watchmaking history, promising some historical results. All eyes are now turned to May 9th in Geneva, the cradle of watchmaking, for this memorable auction. 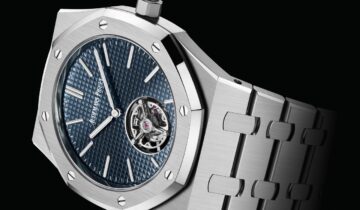 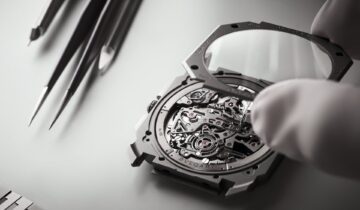 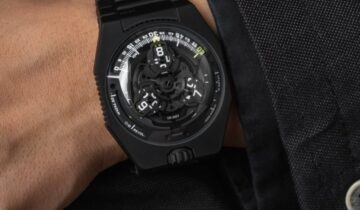 URWERK’S UR-100V In A Full Black Titanium Jacket: A Pleasure On The Wrist