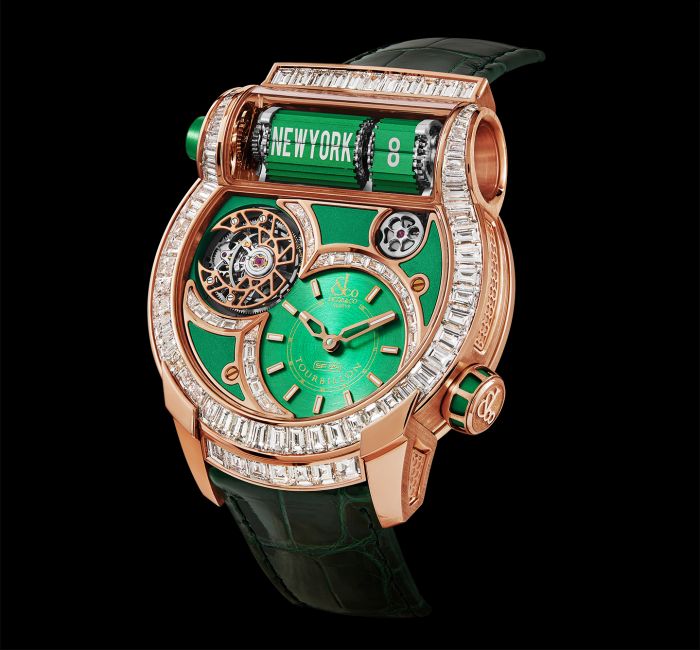 The patented World Time Display of the Epic SF24 Tourbillon comprises a total of 163 components, allowing it to work at a press of a button, on demand, with exceptional feel and reliability. Inspired by traditional split-flap timetable displays seen on airports and in evergreen cinema classics, every press of the button integrated into the left hand side of the Split-Flap extension turns it to the next city name – and, along with it, also advances the Arabic hour display by one.

Designed to boldly stand out among traditional 2nd time zone indications so omnipresent in modern watchmaking, the Split-Flap display is a spectacular engineering achievement unto its own not simply for its complexity, but for its singular ability to bring a smile of appreciation to even the most tired of world travelers. 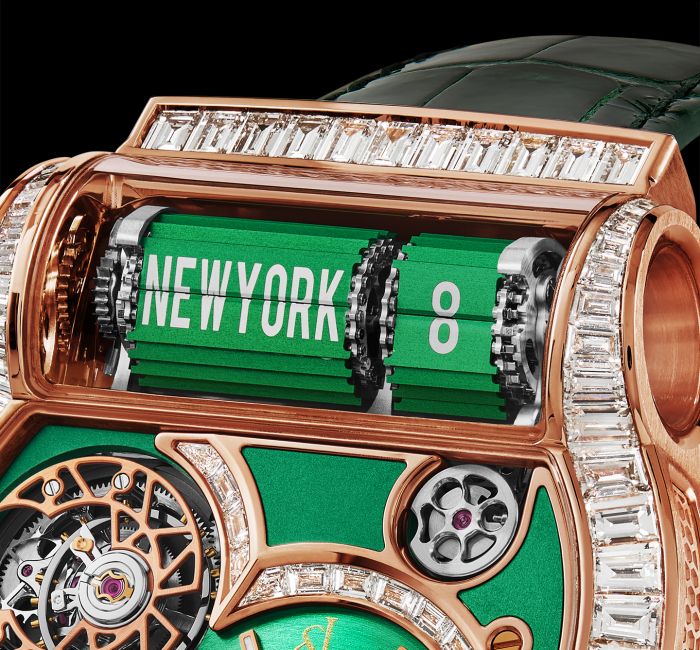 The Exclusive JCAA03 Caliber powers the Epic SF24 Tourbillon and all its time indications. The time on the main dial is set via the crown located at the 4 o’clock position of the case. Once the hours and minutes have been set, the World Time Display is to be adjusted via the pusher dedicated to this purpose. With this done, the main dial and the second time zone display work together through a fully mechanical connection: as the main dial advances to the following hour, so does the split-flap hour display, making for a highly engineered audible and visible feat – not just when it is adjusted, but also once every hour, throughout its operation.

The one-minute flying tourbillon of the Epic SF24 Tourbillon features a delicately decorated cage that encapsulates the balance wheel, hairspring, escape wheel and a number of other crucially important components. This openworked cage not only features an elaborate web-pattern in its architecture, but is only secured from underneath, allowing for an unobstructed and full view at the ultimate refinement of its detailing and operation. It is a constellation of superbly finished components that, when assembled and fine-tuned expertly, allows the JCAA03 to keep accurate time throughout its 48-hour power reserve.