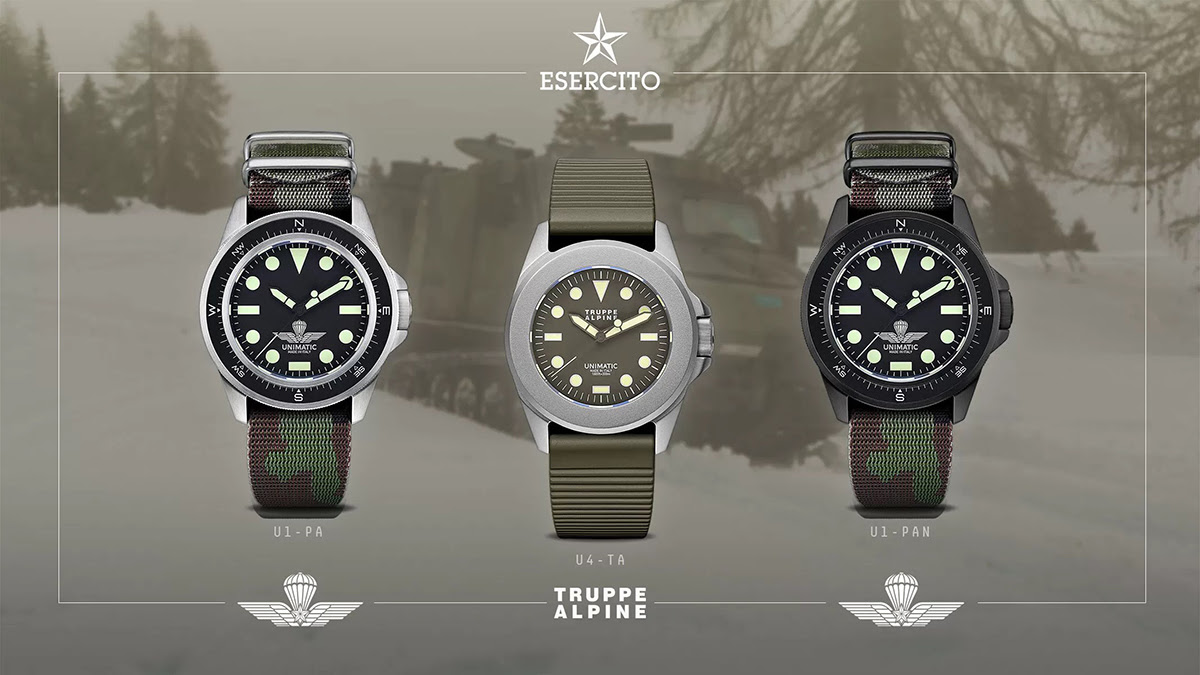 The new limited edition pays homage to the Esercito Italiano — the Armed Forces of the Italian Republic. The new Modello Uno ref.U1-PA and the Modello Uno ref.U1-PAN honour the Paracadutisti, the Italian army’s infantry corps paratroopers. The paratroopers’ badge is represented on the dial at six o’clock, reproducing two stylised wings, surmounted in the centre by a parachute which ropes meet at the convergence of the wings. At the centre of the wings, one can also see the five-pointed star that stands for the values of the Esercito.

The ref.U1-PA and U1-PAN blend sleek design and scrupulous attention to detail through a matte black high-readability dial, through compass bezels allowing for navigation calculations, and a 300m diving grade water resistance. They are ready for whatever type of military or civilian manoeuvres you want to put them through. 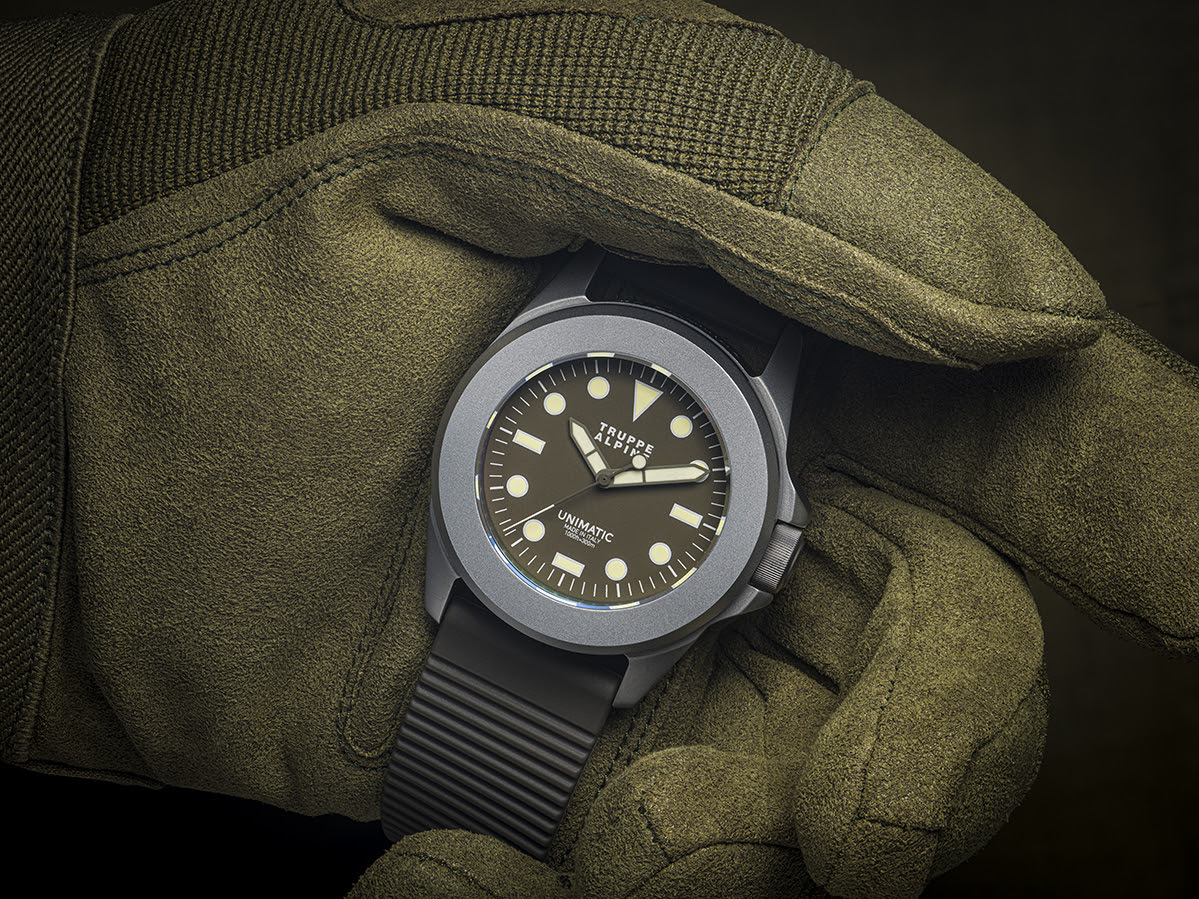 Timing accuracy is guaranteed by the NH35A automatic movement, they come with a new camouflage woven according to the jacquard technique NATO strap characterized by a unique pattern inspired by the Vegetato, nominally the camouflage characterizing the uniforms of the Italian Army. Alongside with it, comes a spare black heavy-duty NATO strap.

The new ref. U4-TA is developed in praise of the Comando Truppe Alpine, in charge of the Mountain Troops of the Italian Army Alpini — elite mountainous forces that are the oldest mountain infantry still active in the world. They are trained to perform logistics, move artillery, and fight in mountainous terrain. Historically famous for defending the Italian borders along the Alps, they are strongly embedded in the Italian culture and national pride. 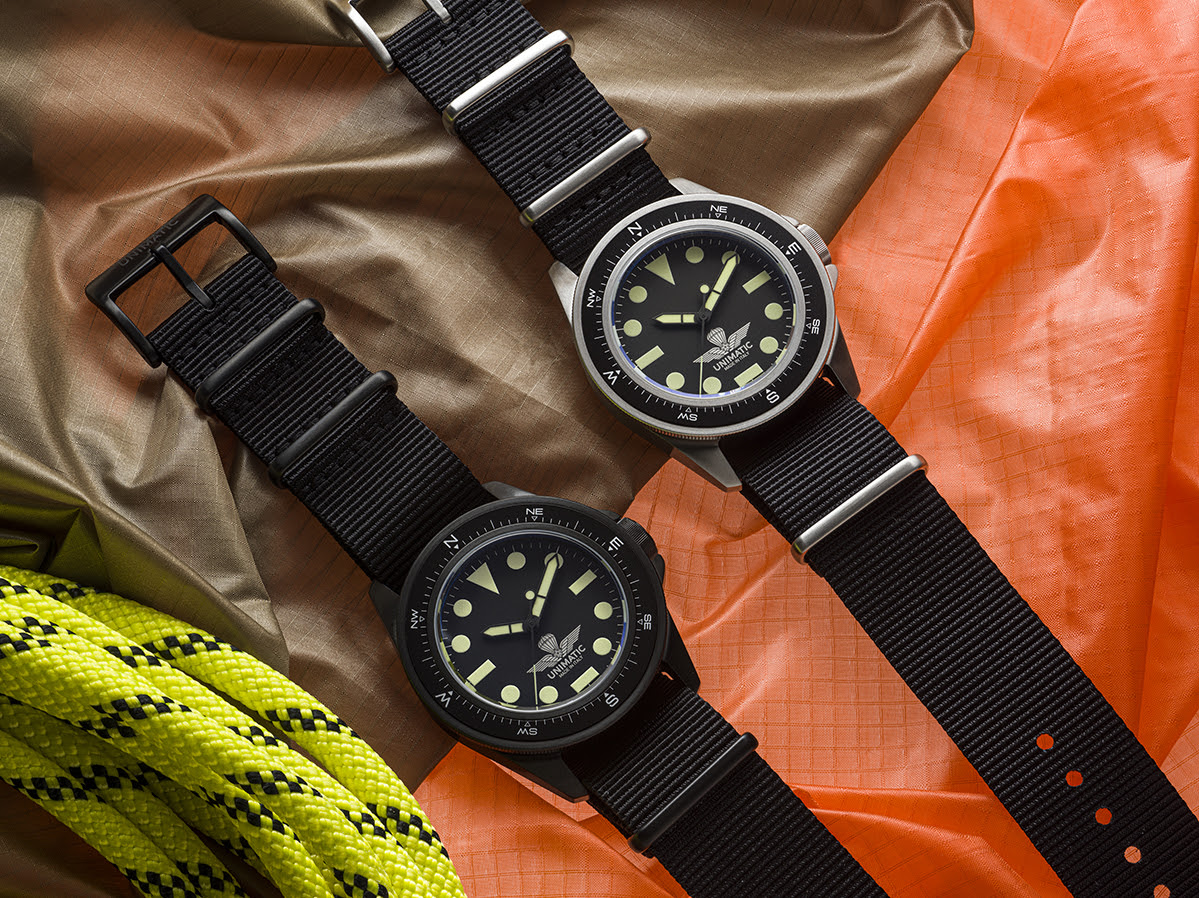 Featuring a matte foliage green dial with an added Truppe Alpine logo, the U4-TA is a perfect disguise for both the battlefield and the urban jungle. With its 316 stainless steel sandblasted mono-block case, the Modello Quattro is a more resistant reference than all its predecessors, able to withstand all sorts of stress. As it combines simple shapes with top-level functionality, this timepiece is visually appealing as well as comfortable on the wrist. It comes on a foliage green TPU two-piece strap with stainless steel sandblasted hardware signed UNIMATIC.