Look Ma! No hands. Court mechanic Johann Christian Friedrich Gutkaes must have played this one out in his mind, when he was commissioned to build a clock without hands or a dial for the new opera house, back in the year 1838. One hundred and eighty years ago, on 12 April 1841, the Dresden Semper Opera House was ceremoniously inaugurated. As befits the occasion, A. Lange & Söhne recalls what was then already a technical marvel: the five-minute clock. It is highly significant for the brand for two reasons. First, its creator Johann Christian Friedrich Gutkaes was the apprentice master and father-in-law of watchmaking pioneer Ferdinand Adolph Lange. Second, it inspired the design of the Lange outsize date. 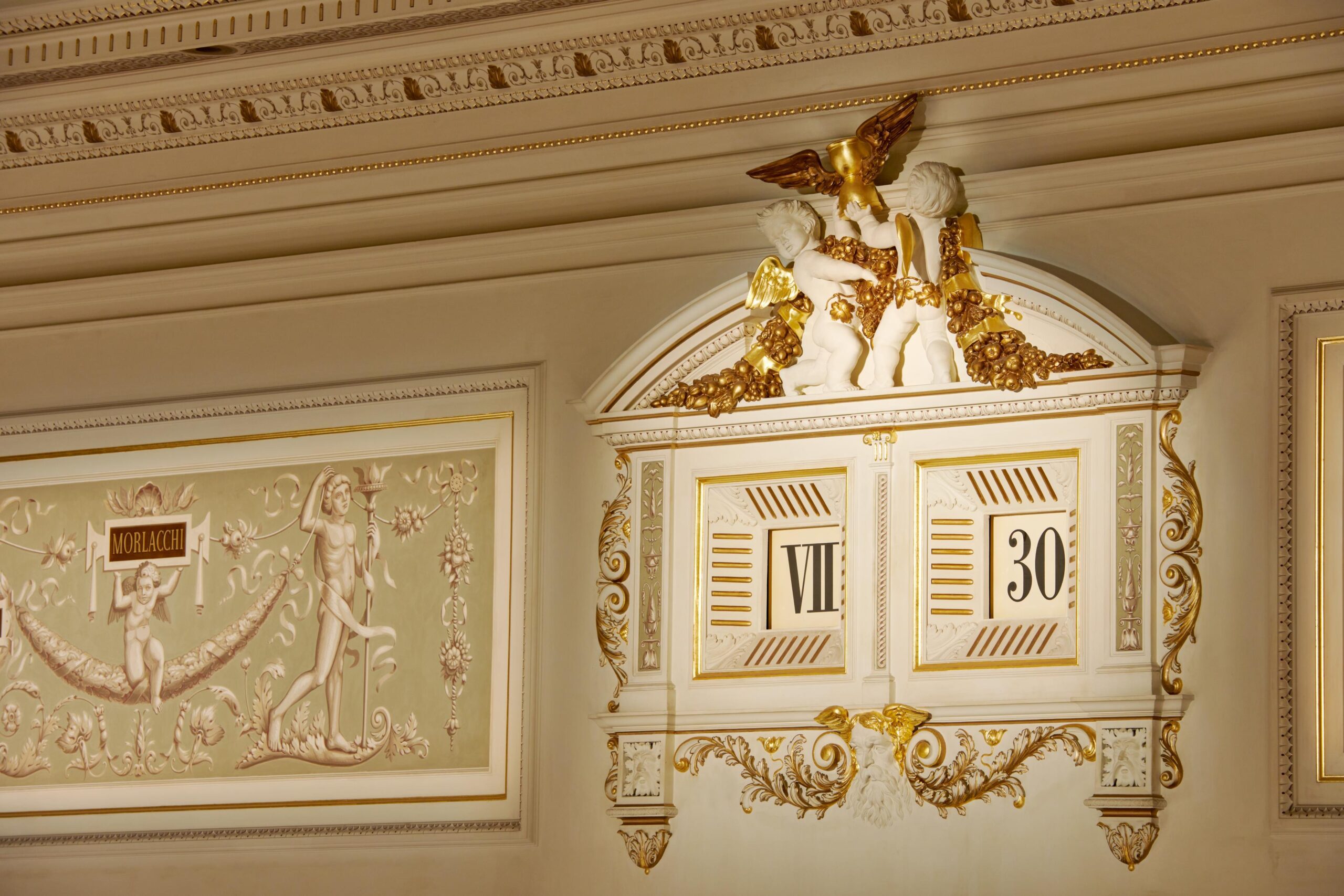 For his five-minute clock, Gutkaes opted for an innovative approach. The Saxon court had suggested that it should be a “respectable chronometer” in its briefing to the master watchmaker, a “curio within its category” that would differ from conventional clocks with dials and hands. The final execution by Gutkaes came about as two fabric-lined drums with printed numerals; that were driven by a wheel train behind a frame with two windows. On the left side, the clock indicated the hours with Roman numerals I to XII. On the right side, the minutes were displayed with Arabic numerals from 5 to 55. At the top of the hour, the minute aperture on the right remained blank. Later, A. Lange & Söhne adopted this design decision in its outsize date display. There, the left-hand aperture also remained blank from the first to the ninth day of the month. There’s more that connects Gutkaes and Lange. The Dresden watchmaker Johann Christian Friedrich Gutkaes (1785–1845) maintained the objects of the Royal Cabinet of Mathematical and Physical Instruments in Dresden. He also operated a fancy clock atelier in Dresden’s old town, which is probably where the five-minute clock was conceived. It is also where Ferdinand Adolph Lange trained as a watchmaker from 1830 to 1835. In 1837, after working as an assistant for two years, he embarked on a journeyman’s tour. After his return, he wed Gutkaes’ daughter Antonia and joined his father-in-law’s business, now named Gutkaes & Lange, as a co-owner. 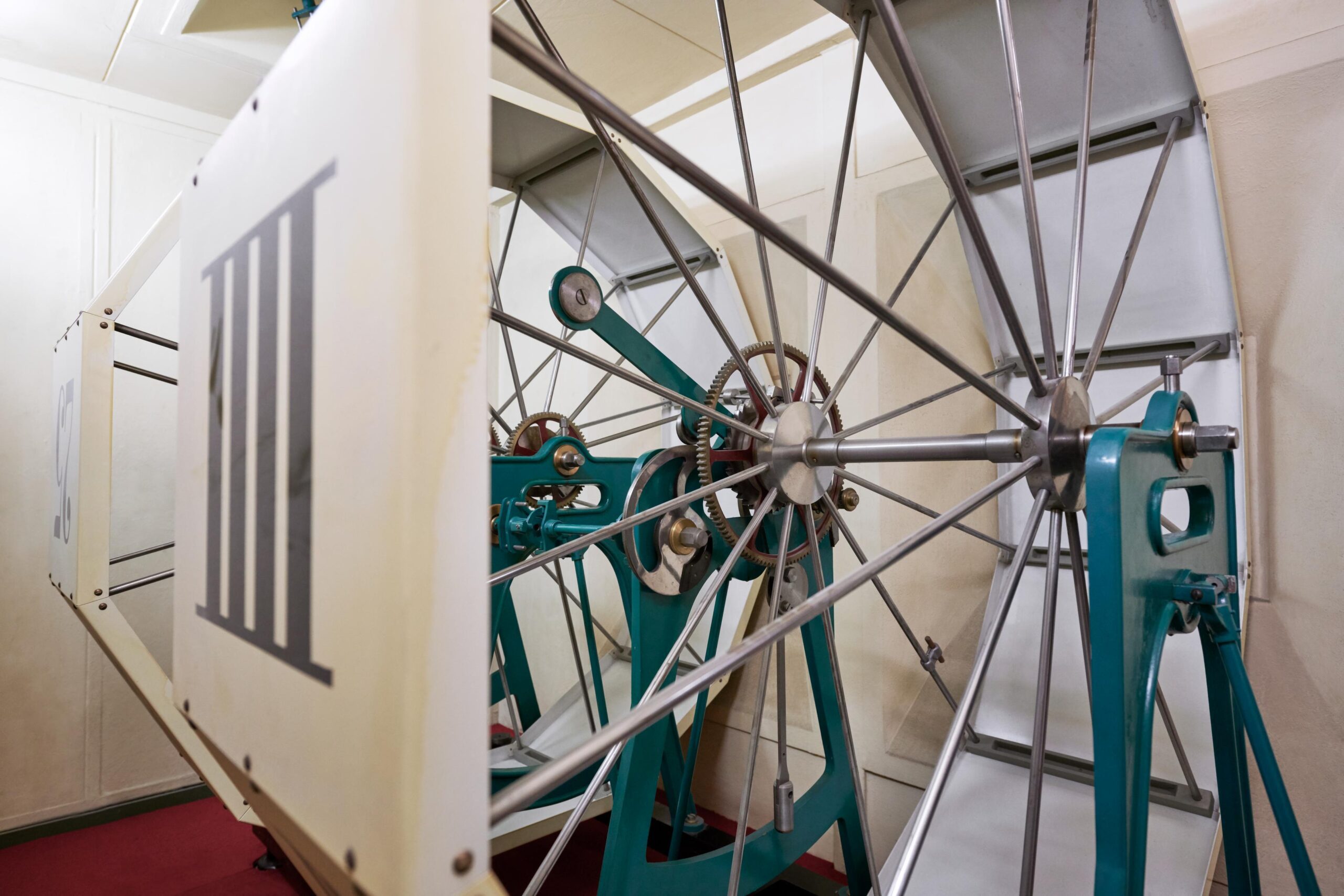 Since neither blueprints nor descriptions of the first clock existed, one can only surmise why Gutkaes implemented the clock with numeral drums. The most plausible explanation is that the clock needed to be legible even from the rearmost seats and even in the dark during an ongoing performance. The drums that had a diameter of about 160 centimeters could accommodate numerals that were roughly 40 centimeters high. The space in the proscenium above the stage was not large enough for a similarly legible analogue clock.

In 1869, a conflagration destroyed the first Dresden opera house by architect Gottfried Semper and the famous stage clock perished in the fire as well. Ludwig Teubner, one of Gutkaes’ students and staff members who was intimately familiar with the clock, received a mandate to craft a new stage clock within the scope of the reconstruction project. The result was a large clock that combined elements of traditional tower clocks with design principles of classic watchmaking. It was engineered to the latest standards of the era by Teubner’s workshop and the Zachariä tower clock factory that still exists today. Ludwig Teubner, his son-in-law Ernst Schmidt, and his son Felix Schmidt looked after the second clock across three generations. The knowledge of its technology thus survived well into the 20th century. 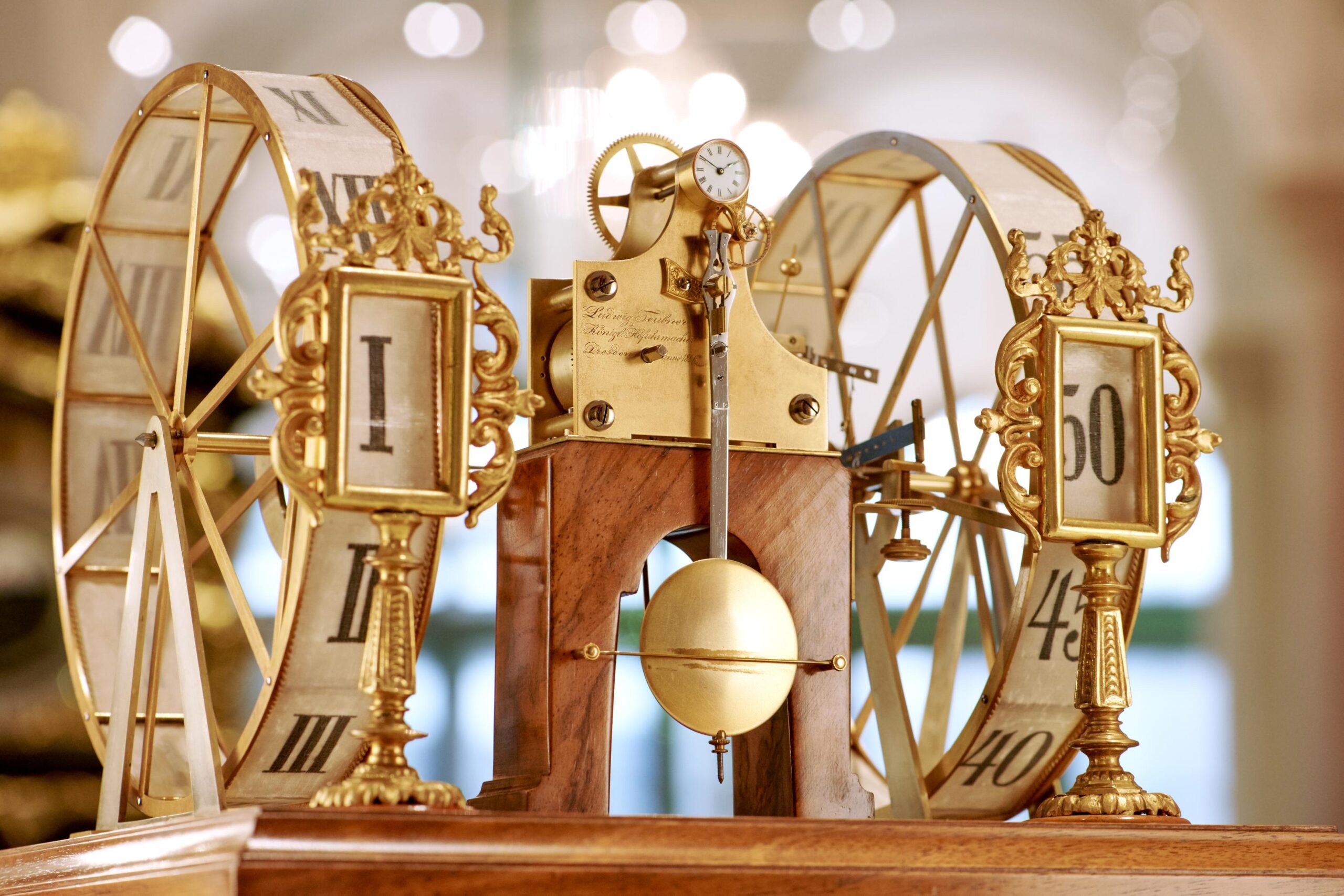 The functional principle of the second five-minute clock is also preserved in a masterfully executed model. In 1896, Ludwig Teubner had it rebuilt by his journeymen Hugo Leipold and Otto Herrmann to a scale of 1:10 for presentations at trade fairs. After Teubner’s death, it was passed on to Herrmann as a gift – he later emigrated and took it along to Hawaii. From there, in 1951, it was returned to Teubner’s grandson Felix Schmidt who in 1980 gifted it to the Royal Cabinet of Mathematical and Physical Instruments in Dresden.

Initiated during GDR times, the reconstruction of the Semper Opera House that had been destroyed in World War II also involved making a new five-minute clock. Now the third stage clock, it was a masterpiece created by a team of experts headed up by engineers Klaus Ferner and Harry Julitz. Since all design documents were lost in the blaze, they had to make do with descriptions by the now elderly Felix Schmidt and Teubner’s ingenious working model. Compliant with cultural heritage management, the reconstruction of the giant clock project involved a cautious modernisation of the drive technology and took over six years to complete. Since the festive inauguration of the elaborately restored Semper Opera House on 13 February 1985, the 40th anniversary of its destruction in the war, the silently switching five-minute clock high above the stage now delights visitors from all over the world again. 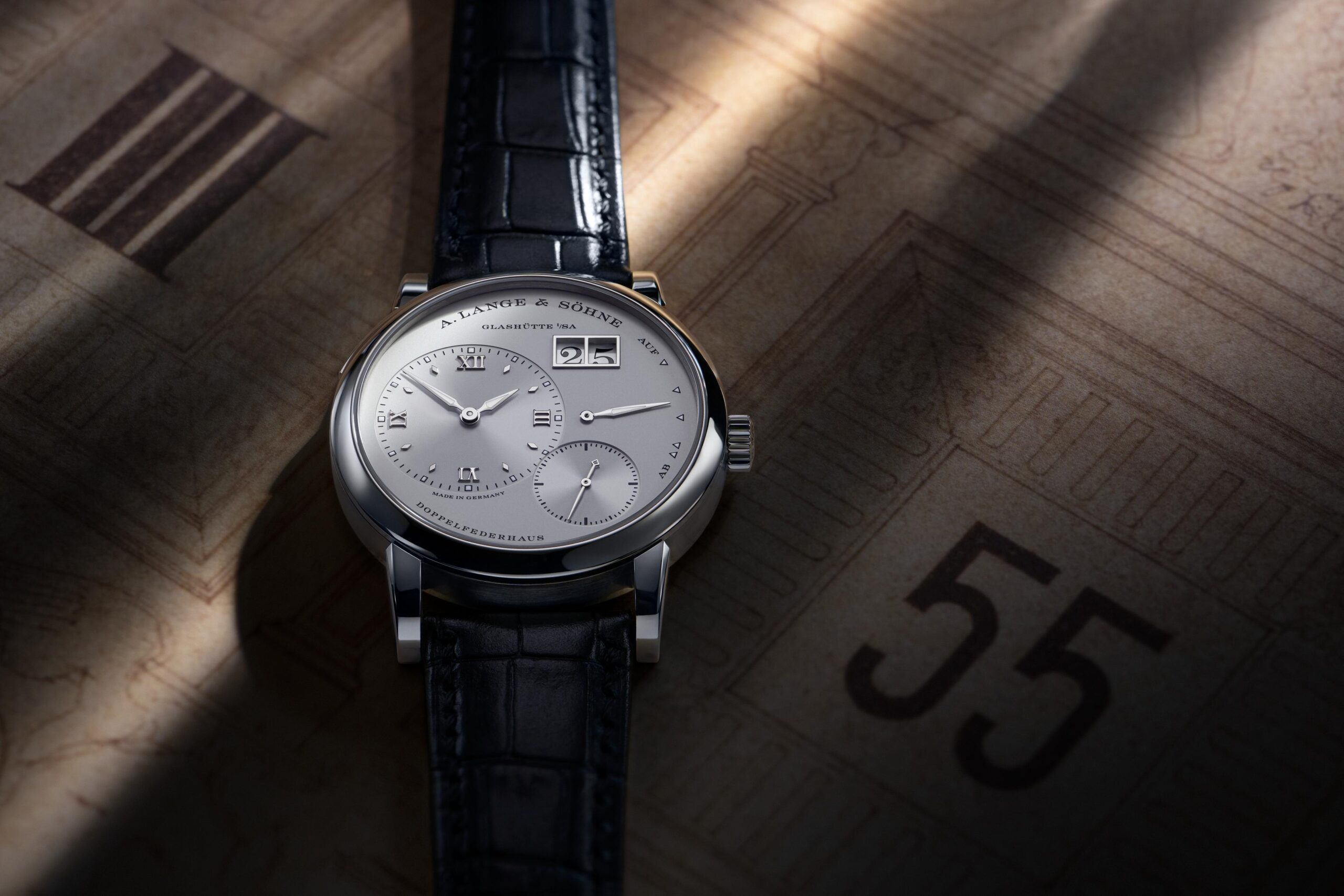 Only a few years later, in then reunited Germany, special homage was paid to the five-minute clock. Its prominent time display inspired the outsize date of the LANGE 1. Walter Lange, the great-grandson of Ferdinand Adolph Lange and the great-great-grandson of Johann Christian Friedrich Gutkaes, presented it to a fascinated audience at the Dresden Residential Palace on 24 October 1994. Just as was the case with its large role model, better legibility was the argument for the innovation. Paired with the outsize date, the asymmetrically arranged displays created the level of suspense that transformed the LANGE 1 into a design icon. 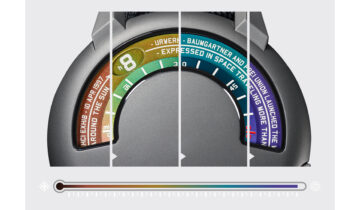 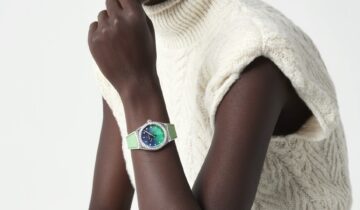 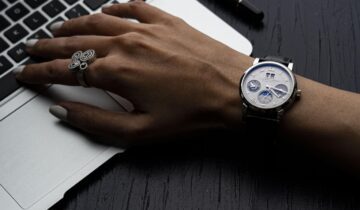