One could consider Seiko to be a pioneer in the watch industry when it comes to deriving inspiration from nature, particularly for their dials under the Seiko Presage lineup. Seasons, patterns, metals, and textures are all brought together through the use of hue, lustre, and reflection. Many are not only physically evident in their narrative, but Seiko also wraps thoughts around each creation, transporting us to a location, possibly even to a specific time of year, or establishing a relationship with the skilled artisan involved.

All of this creates a strong intriguing story, as well as a kinship and perhaps a longing for the mythical land of beauty and class. What is art if it does not elicit an emotional response from the audience? Last year we saw the Matcha and Hojicha models (SRPF41 and SRPF43) inspired by the colours of Nippon teas. This year, believe it or not, Seiko has drawn its inspiration from sake. Yes! You read that right. And, this time it’s more than just aesthetic appeal, it’s not just another dress watch.

With its combination of robust mechanical movements, demonstrations of traditional Japanese creative crafts, and relatively affordable price points, Seiko’s Presage series which was originally intended just for the Japanese market, has sprung onto the international scene. The Presage line, which includes Arita porcelain and Urushi lacquer, as well as Shippo enamel and designs that were once used to embellish kimonos, provides far more creative satisfaction than a traditional Swiss three-hand dress watch.

The Craftsmanship & The Cocktail

It all began when Hisashi Kishi, the owner of STAR BAR and a known “Contemporary Master Craftsman,” produced “Houjou,” an innovative sake-based cocktail. “Houjou” is a unique drink inspired by the Japanese cocktail culture in Tokyo’s sophisticated Ginza area where traditionally ‘Nomunication hour’ – a hybrid of nomu (drink) and communication, is after 5pm – when it’s cocktail hour and time to talk things over. The Seiko Presage Cocktail Time collection designs are influenced by this Japanese tradition of finishing the working day off with a cocktail and a chat – with each timepiece named after drinks mixed by Hisashi Kishi

The Seiko Presage Cocktail Time Star Bar (SRPH78J1) is the newest Presage model, a warm three-hand-and-date inspired by the golden colours of the “Houjou” sake cocktail created by Hisashi Kishi. A design inspired by Japan’s rural golden environment, this luscious creative cocktail is represented on the dial with a golden colour and a subtle design. This is a limited edition that captures the essence of Japan’s golden landscape.

Housed in a 40.5mm gold-plated case with a thickness of 11.84mm, the minimalistic design of this watch stays true to the timelessness of Japanese aesthetics. So where do we see the inspiration of the sake-based cocktail? The dial here resembles the golden fields of rice, used to brew sake. The crackling pattern on the dial could be interpreted as the shards of ice for your sake. The warm tones of this watch are further accentuated by those shiny faceted indices, sharp hour and minutes hands, and a date window that also has a golden frame.

The watch’s see-through case back has the words “Limited Edition” and the serial number, whilst allowing the wearer to observe the automated mechanical movement in action.

Powered by the traditional Seiko entry-level in-house automatic calibre 4R35  known for its reasonable precision and great reliability, it features a date at 3 o’clock, as well as main hours, minutes, and second hands.  With a power reserve of 41 hours, this watch is limited to 5,500 pieces and is priced at approximately INR 45,000 (GBP 450). 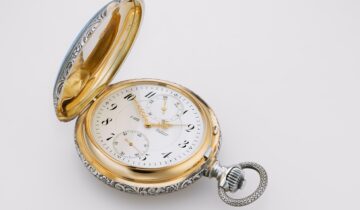 The Return Of A. Lange & Söhne’s Most Valuable Pocket Watch Centennial Tourbillon 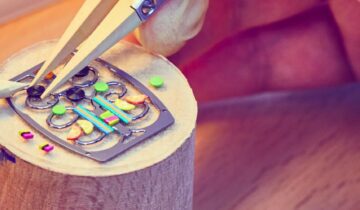 Are watchmakers using nostalgia to channel their inner Picasso & connect with the audience? 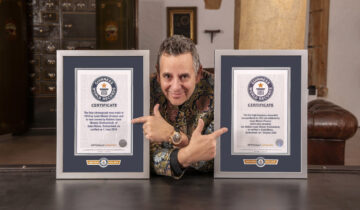