Let’s begin by setting the scenario. Florida. A clear sky contrasts with palm trees. Flamingos having fun in the sun. Beautiful scenery. Then everything accelerates. For a passage shot near the water’s edge, a synthesizer creates a frenetic beat. The sailboat is shining white at the harbor, and an alligator serves as a guardian. 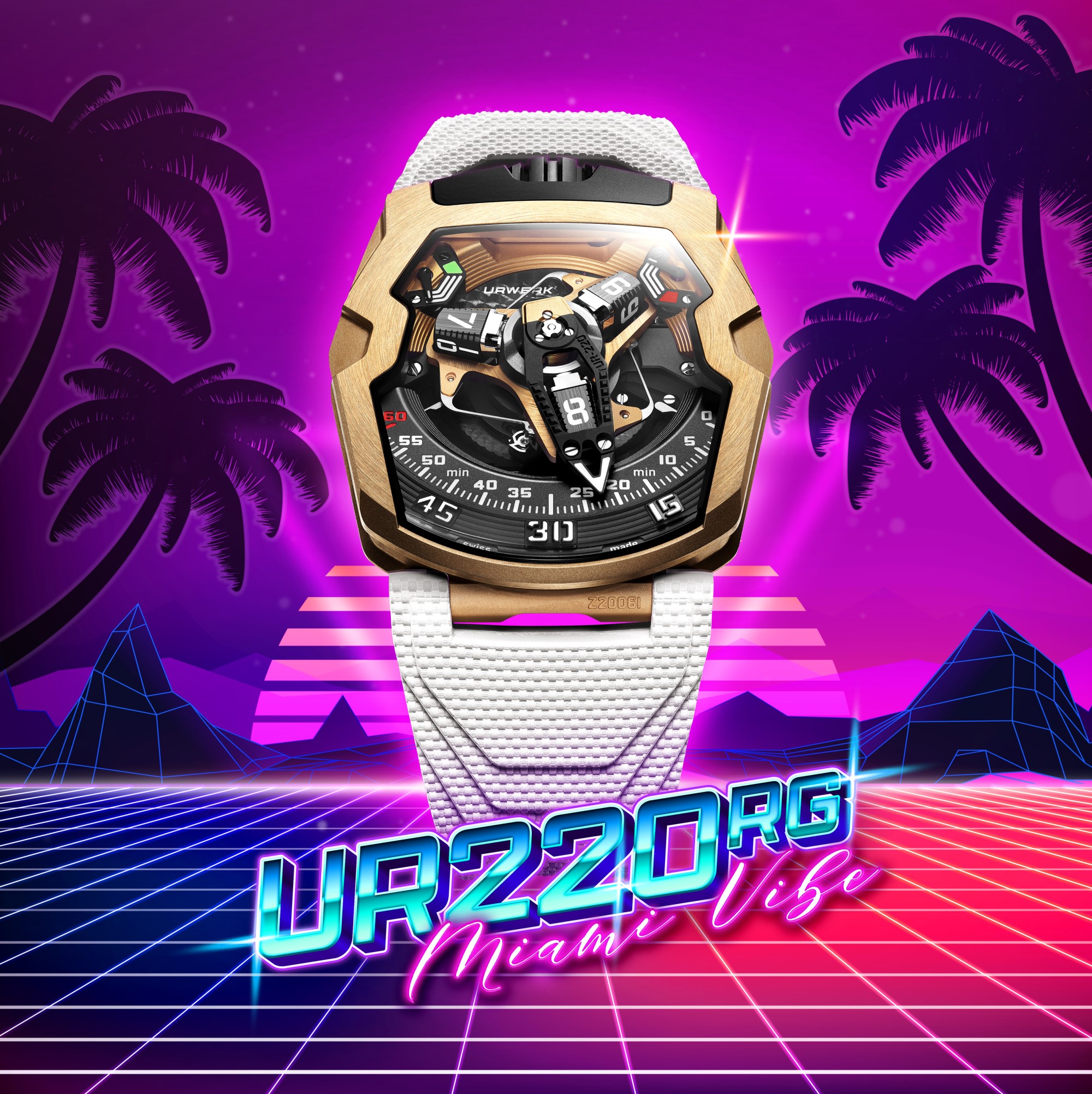 Fans of the 1980s will recognize the references immediately: Sonny Crockett and Ricardo Tubbs from Miami Vice. These hero cops’ golden tans contrasted with their pristine clothes and Colgate smiles. The epitome of achievement. These paintings, which featured two prominent colors: glittering gold and virginal white, had a lasting impression on an entire generation.

In the URWERK workshops, the final representative of the 220 collections is being constructed. This UR-220 Red Gold is glistening and bold. Its case is made of 4N gold and comes with a flawless white textured strap. Overall, the ambiance is very 80s.

“Gold and white may seem an unlikely combination”, says Martin Frei, “yet the combo resonates deeply with me as a happy memory. I remember the super-cool heroes of my teenage years that we all wanted to resemble. They were ruggedly handsome, and nothing could faze them. They would chase down criminals in their pristine loose-fitting suits, Ray Ban Wayfarer 5022 on, their hair blowing in the wind and gold gleaming on their wrists. That was really the iconic image of the 1980s.” And to conclude with a laugh: “And from this panoply, I was able to acquire the sunglasses. A must! 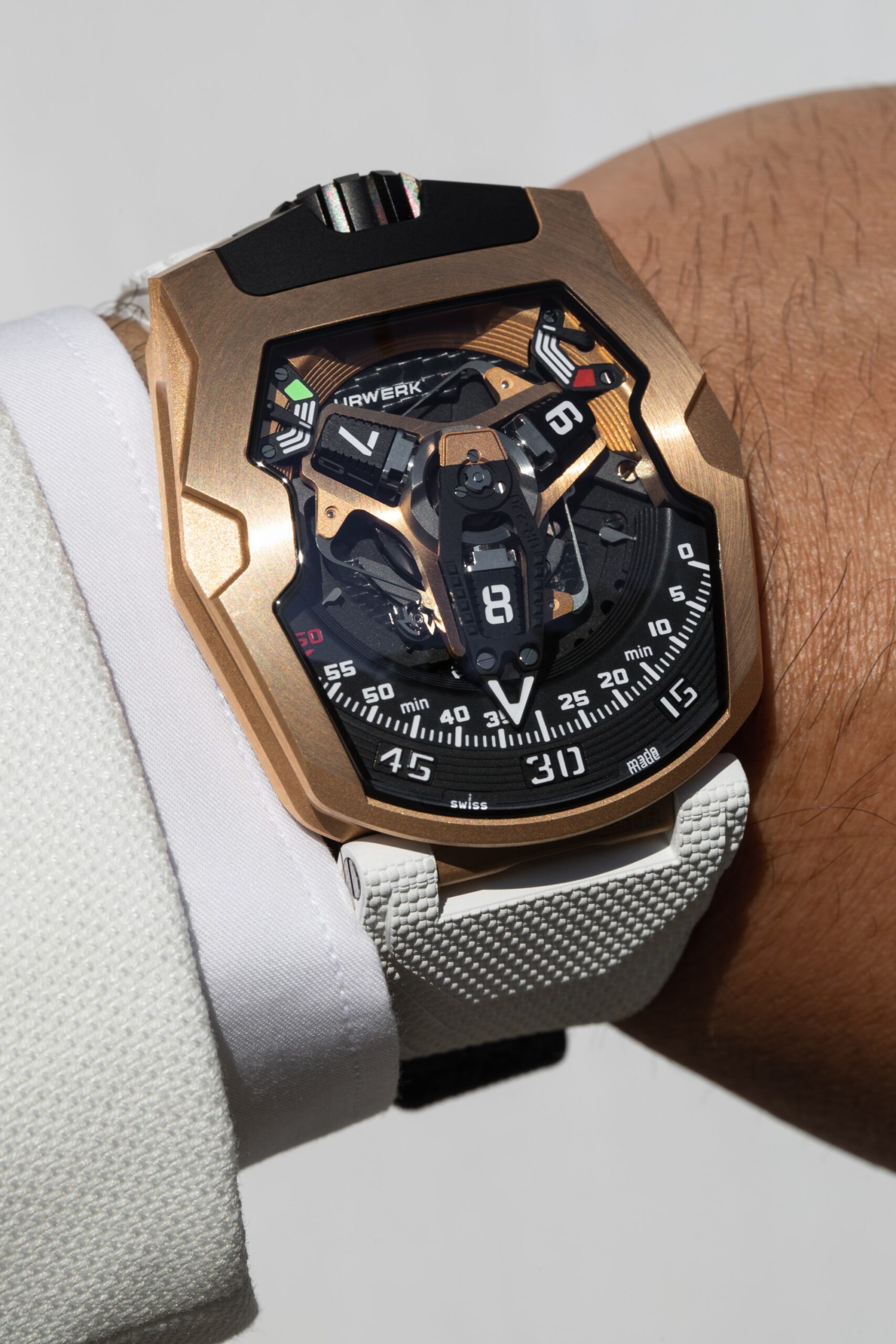 This UR-220 Red Gold, which marks the end of a series, is a powerful model with plenty of personality. It relies on stark, direct contrasts. It’s a terrific approach to make a point and end this sentence with a clear bias and a surprising ‘wow’ effect.’

Let’s start with the rear of the watch for a change. The UR-220 bears eloquent testimony to the progress of the 200 module line. The Oil Change function is one of the characteristics of the URWERK watchmaking style. URWERK returns to its first love, reinstalling this indicator that shows how long the watch has been running after a long break. This unique data, which has long been used to enhance models like the UR-110, has undergone substantial alterations. 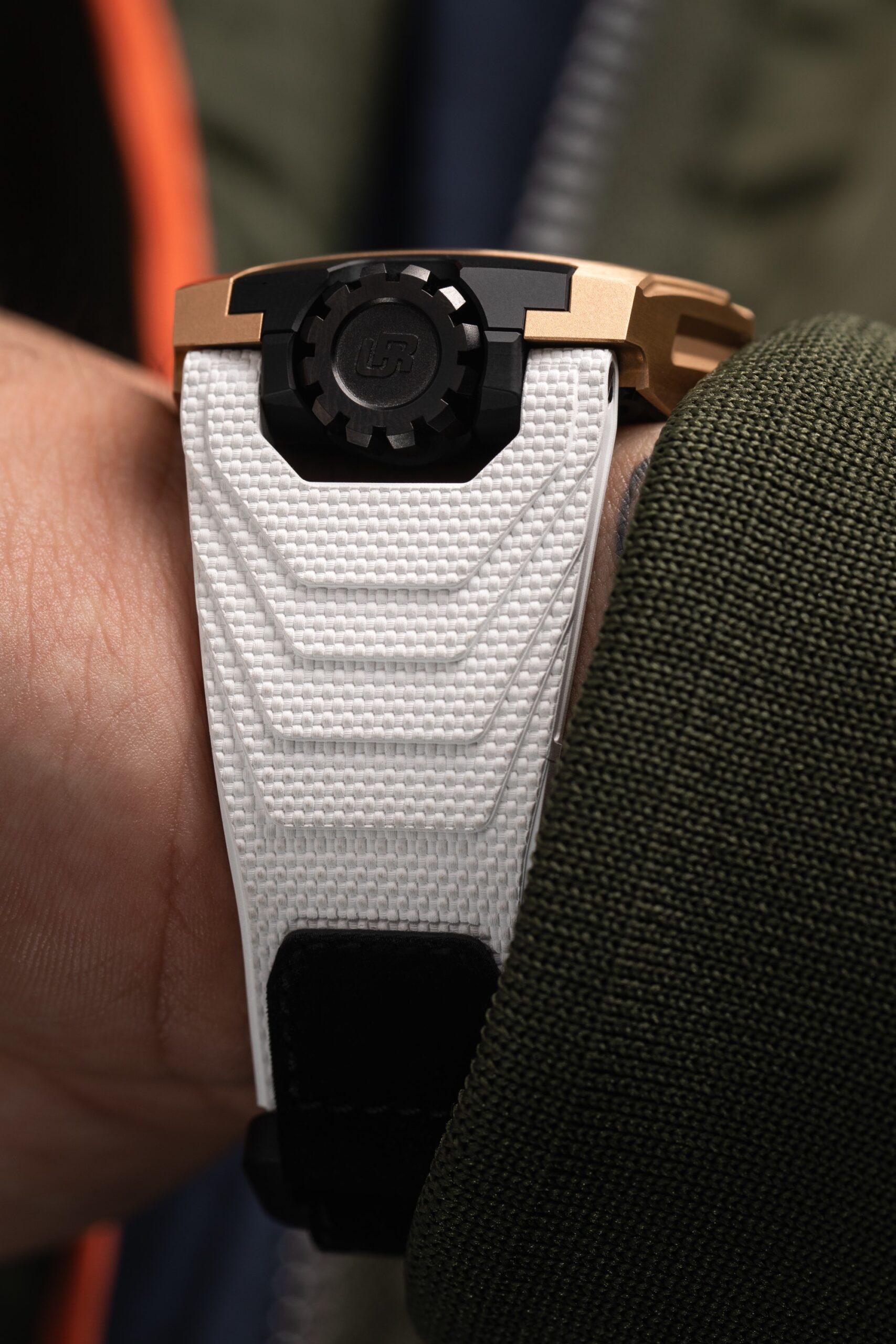 On the UR-220, the Oil Change is marked on two adjacent rollers by a digital gauge whose unit is the month. The wearer of the watch activates the counters that indicate the mechanism’s accumulated running time in months by removing a protective pin and pressing a pusher on the rear of the watch. A service is recommended after 39 months – three years and three months – and once completed, the URWERK crews reset the counter and replace the pin. It’s a digital counter, which may appear to be nothing more than a unit alignment, a coldly calculated measurement, but it truly attests to human attachment. The Oil Change feature keeps track of how long you’ve had the UR-220 on your wrist.

The UR-220 features URWERK’s patented revolving satellite complication. The wandering hours are displayed on three rotating satellite cubes. Each in turn slots into a hollowed-out minutes hand. Together they travel 120 degrees along the counter before – once the hour is up – the hand makes a big jump back to the “0” marker to accommodate the next cube. This retrograde minutes display is doubtless still the largest to be found in a wristwatch. In a quest for greater power and velocity, all faces of the minutes hand have been openworked. 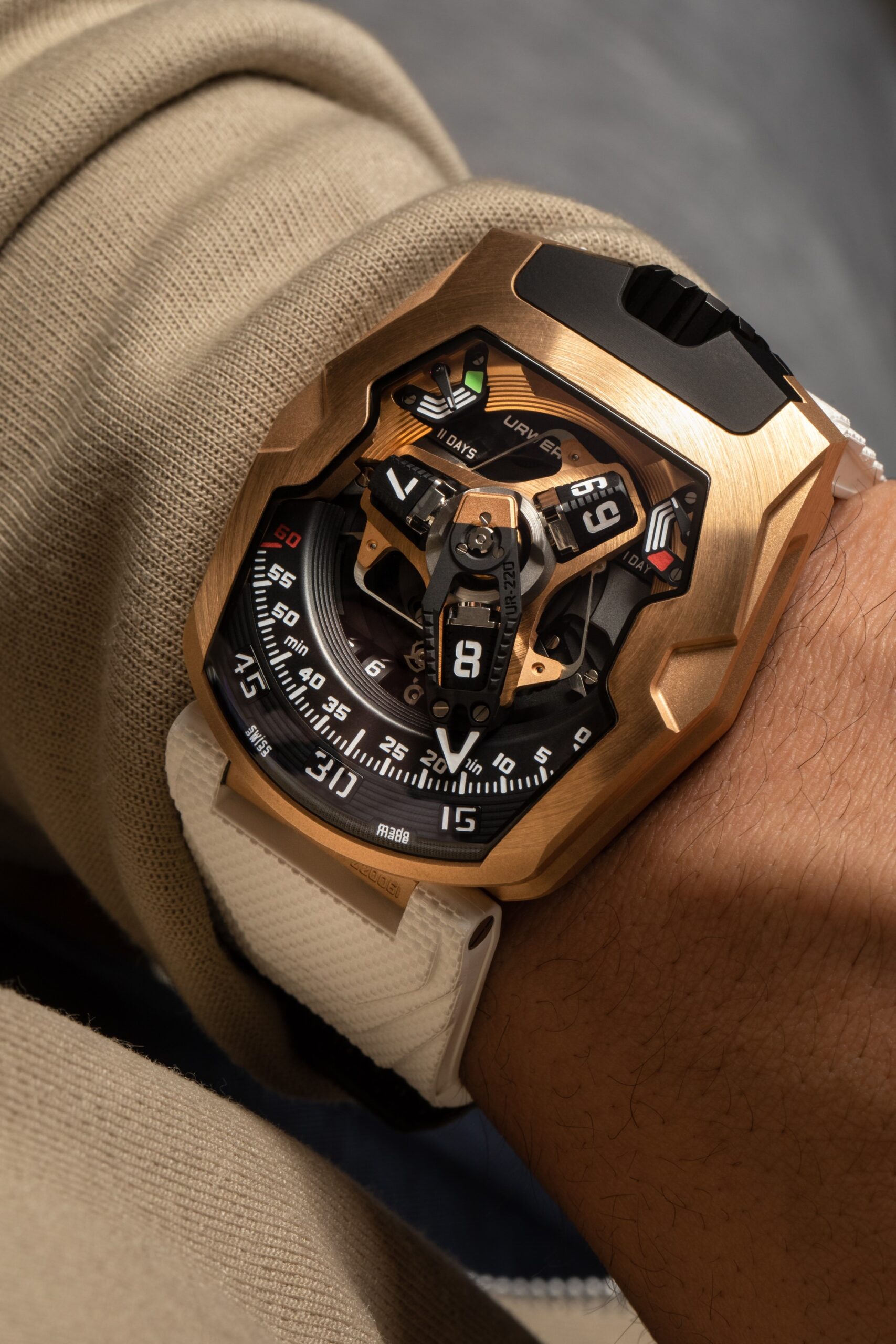 The power-reserve indicator, which may be seen on two subdials, is another piece of information on the dial. These two 24-hour meters represent the power reserve. The right-hand gauge is the first to indicate the mainspring state of wind during manual winding. The left-hand indicator takes over once it reaches its maximum level. This power reserve, which is divided into two “reservoirs,” is made up of 83 mechanical pieces, demonstrating the difficulty of its production.

Martin Frei totally reworked the font of the hour-markers on the UR-220, and the hours and minutes numerals have an even sharper shape. What a way to wrap up the 220 collection! 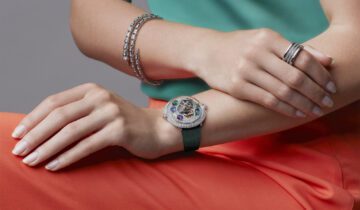 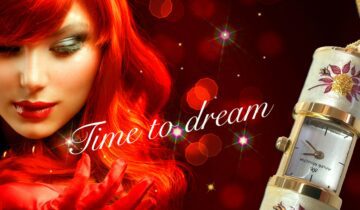 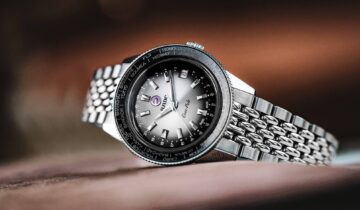