When two radically different brands come together with no external influence whatsoever, the result will inevitably stir a storm. The perfect example of this phenomenon is the collaboration of two watch-making legends, MB&F X Bulgari, which resulted in a timepiece that surpassed excellence with that added the oomph factor.

We caught up with Maxmilian Busser, Founder of MB&F, and Fabrizio Buonamassa Stigliani, Product Creation Executive Director at Bulgari, to delve deeper into this unusual and unexpected new collaboration – The FlyingT Allegra.

THM: MB&F and Bulgari – two radically different brands, a collaboration I never expected. We know this idea was conceived at Dubai Watch Week. How did this collaboration come about?

Max: Yes, it was conceived at Dubai Watch Week when I met Fabrizio four years ago. Being a complete fanboy of Bulgari, I introduced myself over a cup of coffee and that’s how it all started. We spoke about doing something together someday and with Fabrizio being Fabrizio, he grabbed a piece of paper and started sketching MB&F watches a la Bulgari almost immediately. That was one of the greatest moments of time for me and my best souvenir of that Dubai Watch Week.

Two years later we met once again at Dubai Watch Week, this time accompanied by Antoine Pin, (Managing Director of the Bulgari Watch Division) and when we brought up the idea of the collaboration again, all he said was – let’s do it! And that’s how it started and then, well, the world shut down. There was this one zoom call during the lockdown, with the entire Bulgari team on one side and a small MB&F team on the other, talking about what we could do. At the side of the screen, Fabrizio was busy scribbling on the paper when he suddenly said, “Max, why don’t we do this?” A virtual conceptualization on paper and here we are.

Fabrizio: When I received the brief, well, not really a brief, it was exciting, but it was also a challenge in terms of design. I immediately start getting ideas and start sketching. Four years later, it was exactly how we pictured it. After we locked down on the idea, I studied the MB&F website and its different movements. My biggest thought was how can I add something to the MB&F products since they are well known for these kinds of watches.

At first, it was difficult, to visualise a design with the three-dimensional design and dome of the Flying T, but my first thought was a watch for the ladies. With no information or guidelines from Antoine, Jean Christophe Babin, or Max, I had the opportunity to play with all these amazing movements and come about with this exquisite masterpiece. The idea was to experiment with our gemstones around their movement. It was almost like a jewelry UFO with a smaller diorama. It was a great opportunity for us because we cannot use these large gemstones in other watches due to their thickness. The idea was to combine the stones like candy…

THM: It sounds like love at first sight. The perfect match of MB&F DNA with Bulgari’s. It’s true when you say it’s not an easy watch to work with, considering the design and vertical construction of the movement.

Max: Yes, it is a love child! The movement is almost like a ballerina at the center of the scene. I’d like to call this watch the “Karma Watch”- there are so many things that actually brought us to where we are today. If you take the hands of our original Flying T, those are the Serpentine hands.What is the biggest icon of Bulgari? The Serpenti… The rotor which has a sun-like design inspired by the Louis XIV era is symbolic of the women in my life is also a part of the Bulgari jewellery line. So maybe somewhere unknowingly I was already influenced by them.

Fabrizio: This is exactly the essence of the collaboration. Not fighting to have more of the other but to combine to Bulgari DNA with the MB&F DNA. Max loves complicated things that are executed in a very simple way. It wasn’t the easiest collaboration given how big and different the two brands are, but we have tried to combine our DNA’s in a very natural and unique way.

THM: Do you think the MB&F X Bulgari collaboration went off easy because of the general paradigm shift in everyone’s mindset during these unprecedented times?

Max: There was less emphasis on the marketing department. They lost a bit of power in the last year because they lost all references. But when you have an MD or CEO with an entrepreneurial spirit cheering you up, it’s incredible to see what comes around. Bulgari had timepieces almost every month, which fascinated us. We are two hyper-creative companies with the same functioning. To be honest, I did fear working with a mega-brand owing to the validations you need. But with them, it all happened in a flash.

Fabrizio: We conceived the idea during the zoom meeting and in the product development meeting it was finalised. It’s a beautiful watch, and we had no problem working on it. It’s all about mutual respect and we like the things the other brand can do. MB&F always chooses extremely unique collaborations and I’m proud to be a part of the ‘F’ of the MB&F.

THM: Apart from the lugs disappearing, the case being larger, are there any major changes to the aesthetics?

Max: Actually, he changed everything. The only thing that didn’t move was the movement. The whole case is completely different. What we call the bridge was completely redesigned to fit the 16-inch setting to fit the gemstones. The crowns, buckles- everything was changed.

Fabrizio: I think the lugs were the biggest constraint, to link the leather strap to the case. The second point was the stone size. We discussed the colour of the stones and how they’d be positioned since it was not a dial, but a bridge. Three or four meetings later, everything was finalised.

Max: What’s incredible is that we started the project on zoom in March, last year and the first time we physically sat down with a product was in June this year. We did everything from everywhere- a true 21st-century collaboration.

Click here to know more about this incredible collaboration and more. 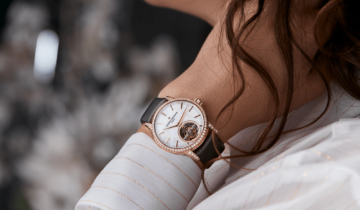 Top complications for women who care about style with substance 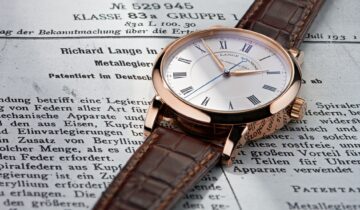 Destruction, Determination and World Domination: The story of A. Lange and Sohne 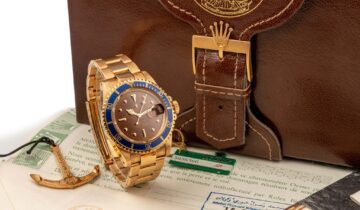