Did you know that as we strut into an era of freedom, it was also a commemorative year for so many cult watches that we still love and adore today? Read on to explore all that remains relevant and thriving 75 years on… including us.

“Long years ago, we made a tryst with destiny; and now the time comes when we shall redeem our pledge, not wholly or in full measure, but very substantially. At the stroke of the midnight hour, when the world sleeps, India will awake to life and freedom” memorialised Jawaharlal Nehru on 15th August, 1947.

The world saw the rise of a completely new country, and we were at the cusp of building a unique, flourishing economy that would one day be one of the largest democratic countries the globe has ever seen. But this was a year of change for so many, including stalwart watch brands who were also discovering their signature pieces. Here’s a list of watches that truly made a mark in the year 1947

By the mid 1930s Rolex had reached a stage where their Oyster line had already been to Mt Everest, swam through the English channel and had the world’s first self-winding perpetual rotor. As the line progressed and new ones emerged, in 1947 the house presented the world with Rolex Oyster ‘Bubbleback’, which represented a significant leap for sport watches at the time. The innovative case construction featured a screw-down crown and caseback, allowing for unprecedented water-tightness of the case. This was armed with the self-winding movement that allowed the wearer to continuously tell time without having to regularly wind the watch.

The house of Omega’s first ever tourbillon was crafted in 1947. Only 12 of these were ever made and they were intended for inclusion in the observatory trials in Geneva, Neuchâtel and Kew-Teddington which gave them their name ‘Observatory Tourbillons’. The 37.5 mm stainless steel watch, powered by OMEGA’s Manual Calibre “30 I”, has a signed dial and buckle and is accompanied by an extract from the OMEGA Archives, confirming the model’s production date of 1947. Today OMEGA produces the world’s only automatic Central Tourbillon with Co-Axial escapement.

Contrary to Patek Philippe’s illustrious pieces from the 18th century, in 1932 the house introduced the Calatrava, inspired by the Bauhaus principle of simplistic geometry and minimalism. The brand had launched this series to tide them through the Great Depression, and as the years progressed, the line expanded into a house staple that is loved till this day. In 1947, a complete yellow gold version appeared that is still counted amidst the most prized watches of the time by auction houses today. Powered by the calibre 12 120 PS T movement, the slim watch has a small second display at 6 o’clock and features curved lugs that add to the allure of its clean design.

Commissioned by the French Military, the 33.5mm case came in stainless steel and was powered by the rugged manual-winding movement called the 12.68N calibre. The 1947 issue was made for shallow diving missions and featured heat-blued hands and the use of luminescent radium to improve legibility along with the inscription “Longines FAB. SUISSE” on the dial. The cashback was six-notched with the letters M.N. for Marine Nationale along with its issue number, which was also engraved inside one of the lugs. The watch’s vintage appeal has been reinstated in 2020 with a reissue that features all the salient markers of the watch with an enlarged dial.

One of the most popular creations by industrial designer Nathan George Horwitt was the Museum Watch which featured a completely a black dial with a single silver circle situated at 12 o’clock. Manufactured by Vacheron & Constantin-Le Coultre Watches Inc, Switzerland in 1947. The watch was intended to be evocative of a sundial with its lack of numbers, symbols or lines to mark hours and minutes. By 1948 Movado had produced an unauthorised version, copying the design which was later settled in 1975 with a fee of $29,000.

Vulcain Cricket circa 1947 in Yellow Gold

One of the most successful and interesting watches created by Vulcain Cricket was the alarm wristwatch made in 1947. While there had been numerous attempts by watchmakers in the past, Vulcain was the one loud and reliable enough to be considered a replacement for a travel clock. Popularised immediately, the time saw an ever growing waitlist that included pilots, travelling salesmen and anyone that had regular travel as a part of their schedule, all wanting to own the timepiece that could replace an alarm clock.

While each of these watches present the status of the way the world was moving that year, we’d like to believe that the horological appetite in our country too was upto speed. To get an idea you can read all about how India has been a watch enthused country since as long as we remember here:

Also a clear indication that we were truly on an independent journey is further reinforced with the establishment of HMT in collaboration with M/s Citizen Watch Co., Japan in 1961. This was in fact a conscious decision and that our first prime minister Jawaharlal Nehru truly believed that India was capable of manufacturing precision components generated the pace for setting up a watch manufacturing unit within the country.

By 1984, we also saw the launch of Titan Watch Company which today is the fifth largest world producer of wrist watches and the largest in India. Safe to say, time was always on our side, and still very much is. 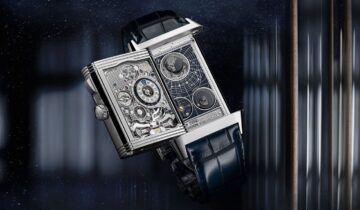 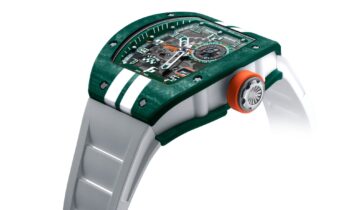