Over the last five years, there have been some dramatic clashes between firms vying to set new marks in two categories. The pursuit of lightness has created a market for never-before-seen materials and tools, and the thinness of cases has pushed their toughness to the extreme limit. The concept of breaking records has been taken to almost incredible levels, with promises for freshly released models based on millimeter-level advancements.

High-value timepieces from prestigious brands such as Rolex, Patek Philippe,Omega and so on aren’t just viable investments and pretty to look at; they’re also highly technical, research-driven functional timepieces setting records in the watch-making world. Let’s look at some of the record-breaking watches!

Without a question, Bulgari’s Octo Finissimo line is one of the most remarkable watch designs of the last decade. The Roman Maison became the maestro of ultra-thin mechanical timepieces after an extraordinary adventure.

Bulgari needed just one more record to be the undisputed king of ultra-thin. That of the world’s thinnest mechanical timepiece. And, because every good story needs a conclusion, it’s time to meet the Octo Finissimo Ultra, with its 1.8mm thin profile…

The Octo Finissimo Ultra is currently the world’s thinnest mechanical watch, measuring just 1.80mm. It’s 10% thinner than the Piaget Altiplano Ultimate Concept, which by itself is extremely impressive at that stage of development.

With its trademark matt monochromatic grey aesthetic, the Octo Finissimo Ultra maintains all of the collection’s design rules. It has a 40mm case and an integrated bracelet with an “invisible” folding clasp that complements the case’s thinness.

With two independent counters for the hours and minutes, and the seconds displayed immediately on the fourth wheel at 6 o’clock, the movement layout is likewise in line with the collection’s cues. The watch has a weird quality about it. The mechanism is on full display, which gives it a sense of depth, although its profile is quite small. The timepiece is also engraved with a unique QR code accessing the NFT ecosystem, bridging the gap between real and virtual worlds. Limited to 10 pieces only.

The Citizen Caliber 0100 — which includes the world’s most accurate self-contained timepiece movement — is rather astounding. Citizen claims that the maximum deviation of the watch is _+ 1 second per year which to give you an idea is the closest to the best precision achieved by pendulum clocks in the 20th century. The Caliber 0100 is a shining example of Japanese dress-style watch brilliance and modesty, among other things. It is elegant and well-proportioned. One may argue that Citizen’s purpose with the Caliber 0100 was to glorify Japanese engineering in general because the timepiece fits so perfectly with the values of the culture that created it.

With modest, practical dimensions of only 38mm broad, the timepiece is lovely and very nice to look at (it is actually closer to 37.5mm). Having said that, the dial catches your gaze enough to be donned with short sleeves and some reasonably casual apparel, since it never diverts attention away from light (even as it collects it). The design direction fits perfectly with what you’d expect from any Citizen wristwatch that has been produced with remarkable pride since most serious Japanese watches are approximately this width and certainly formal in appearance.

When it comes to record-breaking pricing, the Patek Philippe Grandmaster Chime ref. 6300A-010 takes the cake. At a Christie’s auction in 2019, this watch was sold to an unknown bidder for 31 million Swiss francs (about INR 250 crores).

With figures like these, Paul Newman’s iconic Daytona appears to be a steal. Philipps in New York auctioned the latter in 2017 for a “mere” $17.5 million. The piece in question was created over 100,000 hours and includes a unique steel frame with 20 functionalities.

Many watch collectors believe that the more intricate the watch is, the better. Major brands have made it their business to outdo one another by adding innumerable features into their timepieces, but none have been able to surpass the expertise of the house of Vacheron Constantin. The Manufacture created an 18-karat white gold pocket watch with 57 functions.

The ref. 57260 includes a leap year display, dawn and sunset displays, and permanent Gregorian and Hebrew calendars, among other features. The tourbillon, which revolves once every minute across its three axes and flashes the Maltese cross – Vacheron Constantin’s trademark – every 15 seconds, is another feature. The happy owner of this amazing work of watchmaking ingenuity most certainly spent upwards of $10 million on it.

The hand-wound Caliber 101 from Jaeger-LeCoultre is not only the world’s smallest mechanical calibre, but it has also held the title for the longest time. It was created in 1929 and comprises 98 separate components weighing under 1 gram. Its dimensions are 14.0 mm x 4.8 mm x 3.4 mm.

Rolex has created a Deepsea watch to honour the ultra-deep dive, which is impervious to 3,900 meters and has a dial that shifts from blue to black. This makes Rolex the only watch brand to have timepieces reach both the highest and lowest points on the planet (the summit of Mount Everest with Sir Edmund Hillary and his Rolex Explorer in 1953).

When Swiss explorer Jacques Piccard and US Navy Lieutenant Don Walsh descended to the record-breaking depth of 10,916 meters in the Marianas Trench in 1960, a Rolex watch fastened to the Trieste submersible set the record. The Deepsea Special fastened to the bathyscaphe’s exterior was an experimental model. On March 12, 2012, when film director James Cameron navigated his submarine into the Marianas Trench, he used the dial of a unique Rolex Sea-Dweller Challenge fastened to a manipulator’s arm on the exterior of his vehicle to tell time.

The Rolex Deepsea is unlike any other watch in terms of engineering. This new-generation divers’ watch benefits from proprietary Rolex technologies to satisfy the most stringent standards of experienced divers. It is water-resistant to a depth of 3,900 meters (12,800 ft). Its 44 mm Oyster case, which is reinforced with the unique Ringlock System, was created to deliver the maximum level of resistance and reliability in a wearable and practical form.

We’ve seen the slimmest watches to the smallest calibres. Very recently we also saw the introduction of a new depth defying Seamaster Planet Ocean Ultra Deep by Omega. A diver that has been successfully tested at a depth of 6,269 m (20,567 ft). Well, looks like watch brands are here to set many more records to enrapture watch hobbiest with what they can and do manufacture. The question being what’s next? 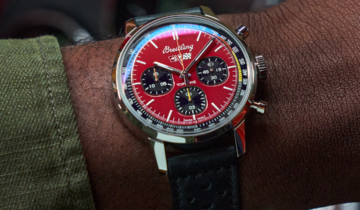 Getting Caught Red Handed With These Top 6 Red-Dial Watches 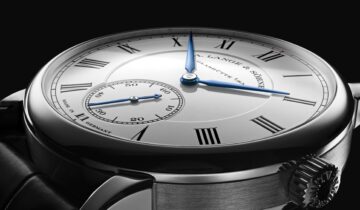 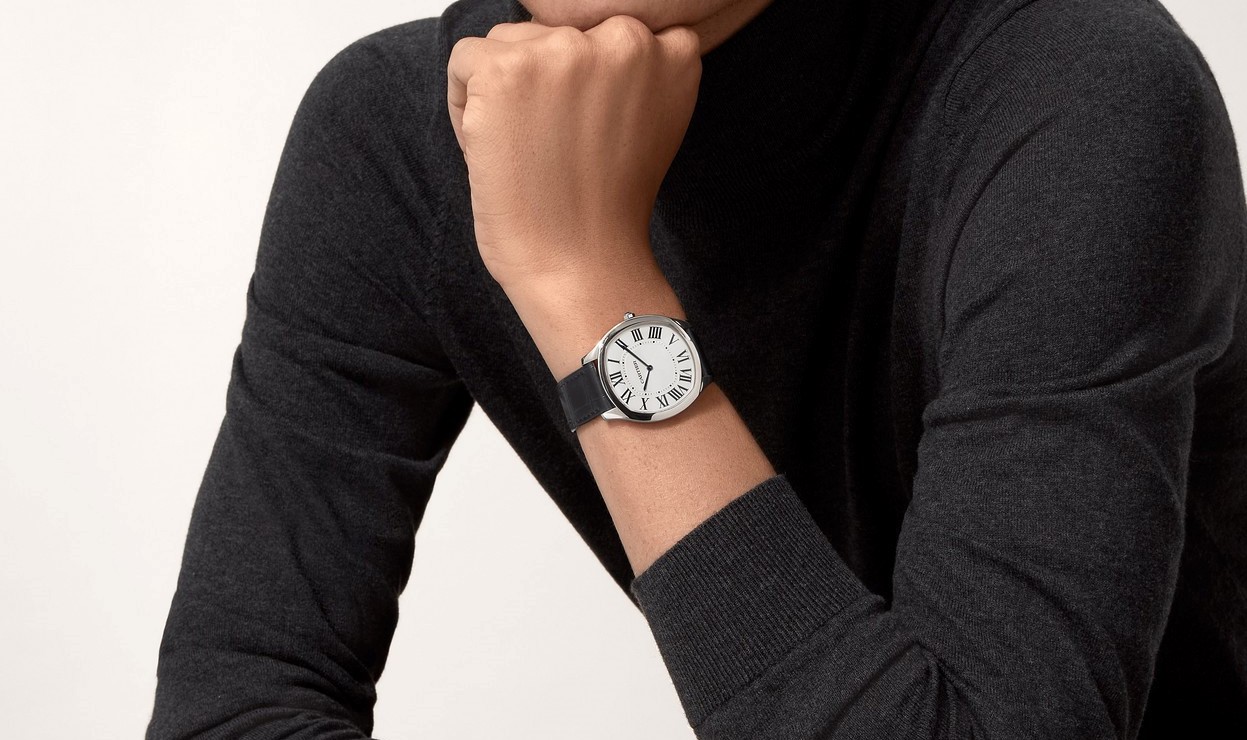 Top 5: Less Is More: Watches That Only Tell Time