Edouard Heuer’s company, founded in 1860, would be built on two pillars: familial authority and technological advance. Both in the formative days and in the following decades, these roots served the company well.

At the age of 20, Edouard Heuer began a watchmaking shop on the family property near Saint-Imier, producing largely silver pocket watches. In 1864, he relocated the business to Brugg, where it was known as Edouard Heuer & Compagnie. Edouard Heuer transferred his company to Bienne, in the canton of Bern, in 1867, which was the third location. The company would stay in Bienne for almost a century.

The World Of Pocket Watches

Sporting tournaments grew in popularity in the 1880s, and Edouard Heuer recognised the importance of accurate pocket chronographs for these events. The firm began mass-producing pocket chronographs, which were used to time races on roads, cinder running tracks, and over water. For horse and greyhound racing fans, as well as other sportsmen, the chronograph, perhaps in a silver case, became a status symbol. 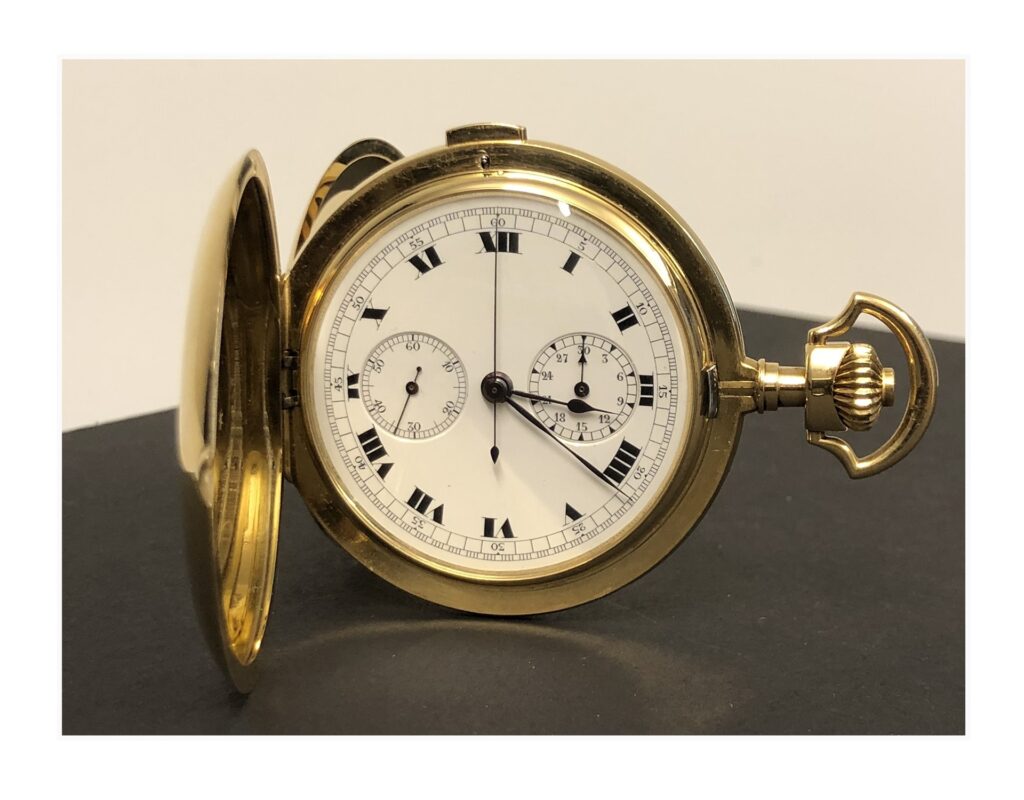 Heuer not only created extremely accurate clocks, but he also devised a number of innovations that would go on to shape the watchmaking industry. In 1887, Edouard Heuer patented one of the most essential inventions: the oscillating pinion, which greatly streamlined the chronograph. The pinion connects and decouples the chronograph mechanism from the conventional timekeeping mechanism that drives the chronograph, to put it simply.

As a result, Heuer chronographs proved to be extremely accurate, and the new system made manufacturing, adjusting, and servicing movements much easier. Many chronograph movement makers still employ this technology today, demonstrating its significance.

Innovations in industrial production, transportation, research, and medicine prompted calls for more precise timing at the start of the twentieth century. As competitors and world records were separated by only hundredths of a second in athletics, the need for accurate, dependable timing equipment grew more crucial. 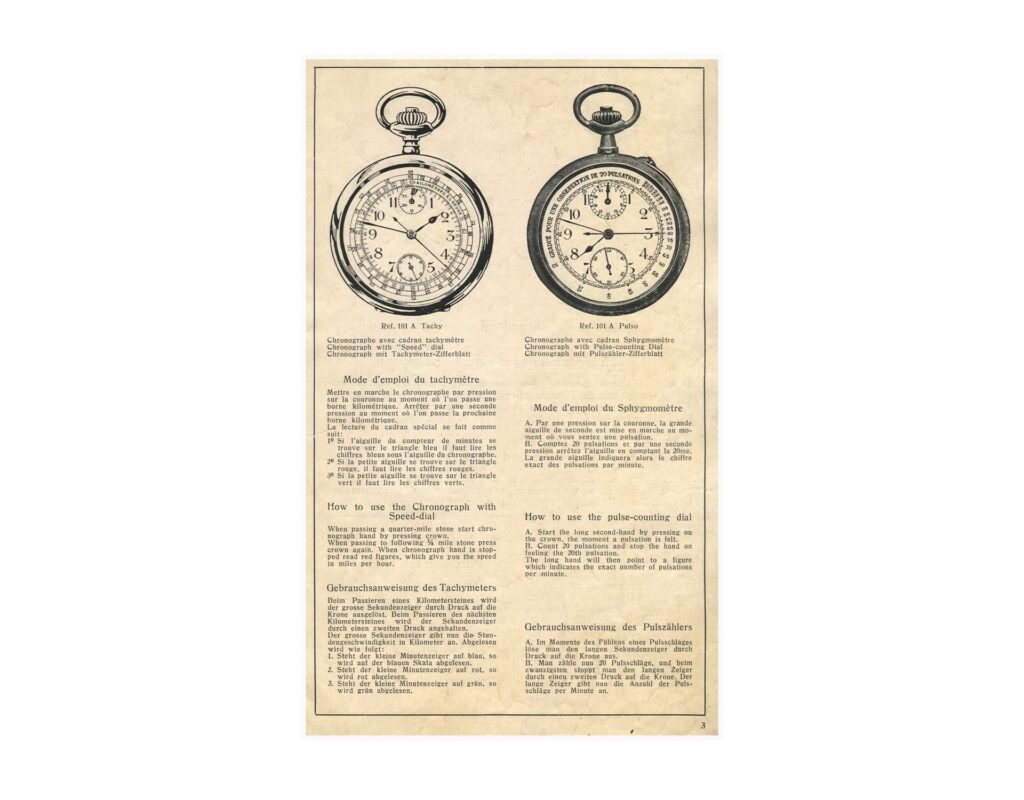 It’s no surprise that these ultra-precise Heuer devices were in high demand in the late nineteenth and early twentieth century. The Heuer Mikrograph, the first mechanical stopwatch capable of calculating elapsed time to within 1/100th of a second, increased demand even more in 1916. Charles-Auguste Heuer, Edouard’s son, designed this timepiece. Heuer instruments began to appear in many kinds of sporting events after this release, including the Olympic Games. Heuer was the official timekeeper for the Olympic Games in Antwerp (1920), Paris (1924), and Amsterdam (1928) in the 1920s. 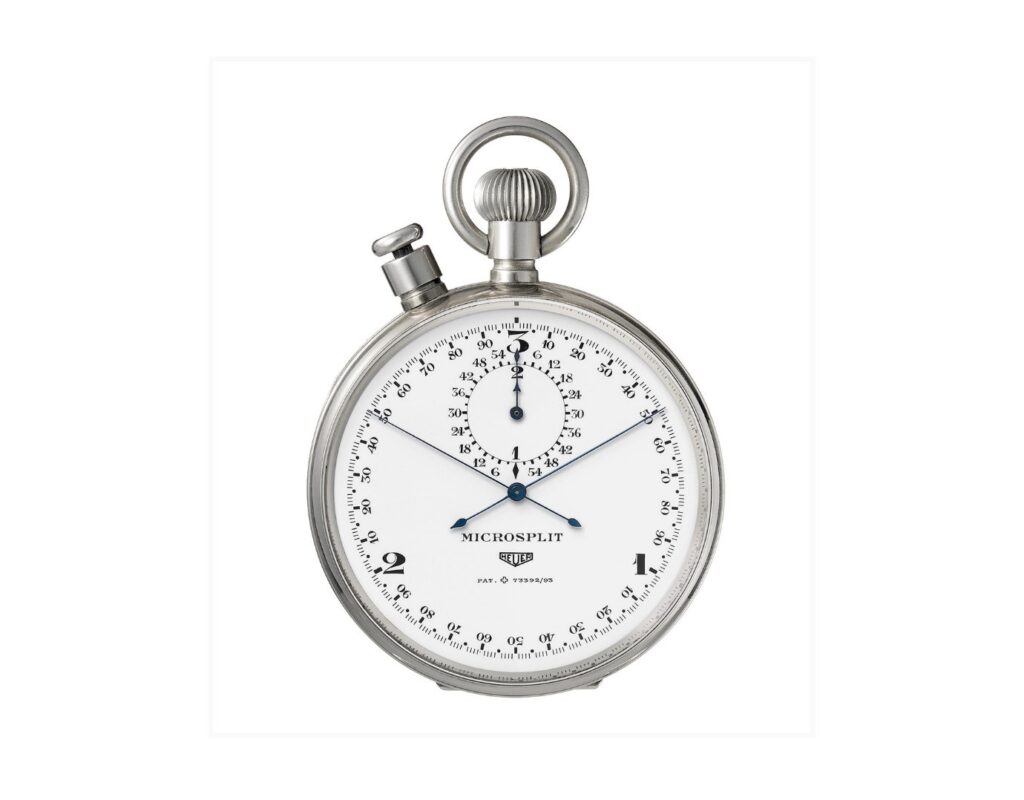 THE WORLD OF AUTAVIA

Heuer invented the AUTAVIA, a popular dash counter for racing automobiles, boats, and planes, in 1933. The Autavia was first introduced in 1962, with variants sporting a traditional 38 mm steel case with gentle, flowing lugs and a plain black dial with luminous hour markers, huge white sub-dials, and dauphine hands. 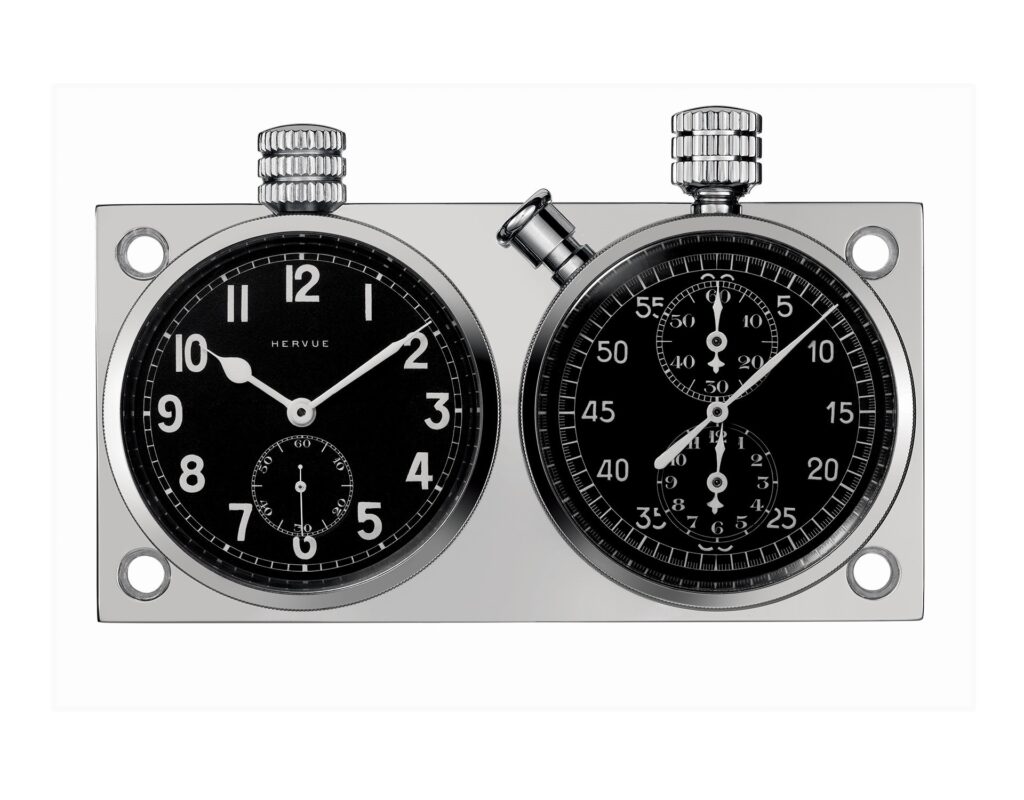 The Autavia established its fame thanks to its multiple versions, which included a rotating bezel, big snailed counters, and great visibility of its black and white dial. Two or three counters, varied bezel scales, a GMT model, a diving version, and military variants, all of these features added to the Autavia’s appeal to collectors. 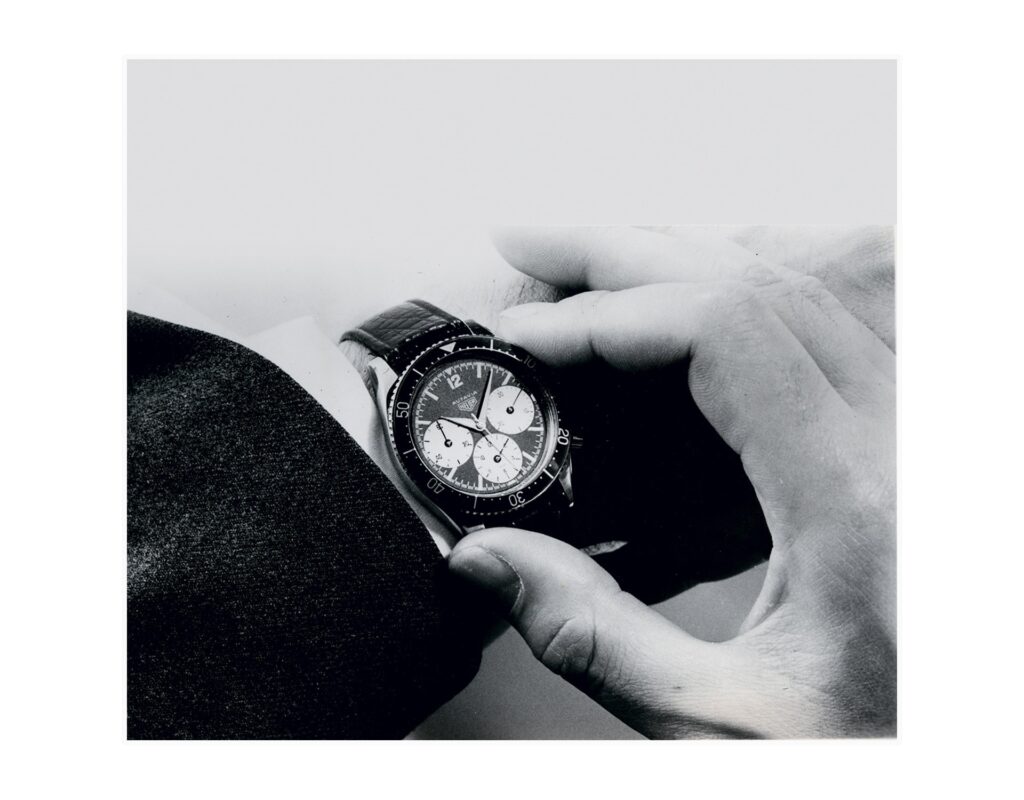 In 2022, the Swiss luxury watchmaker TAG Heuer will release three new Autavia models. Within the Autavia range, a flyback chronograph and the first-ever three-hand GMT are introduced. 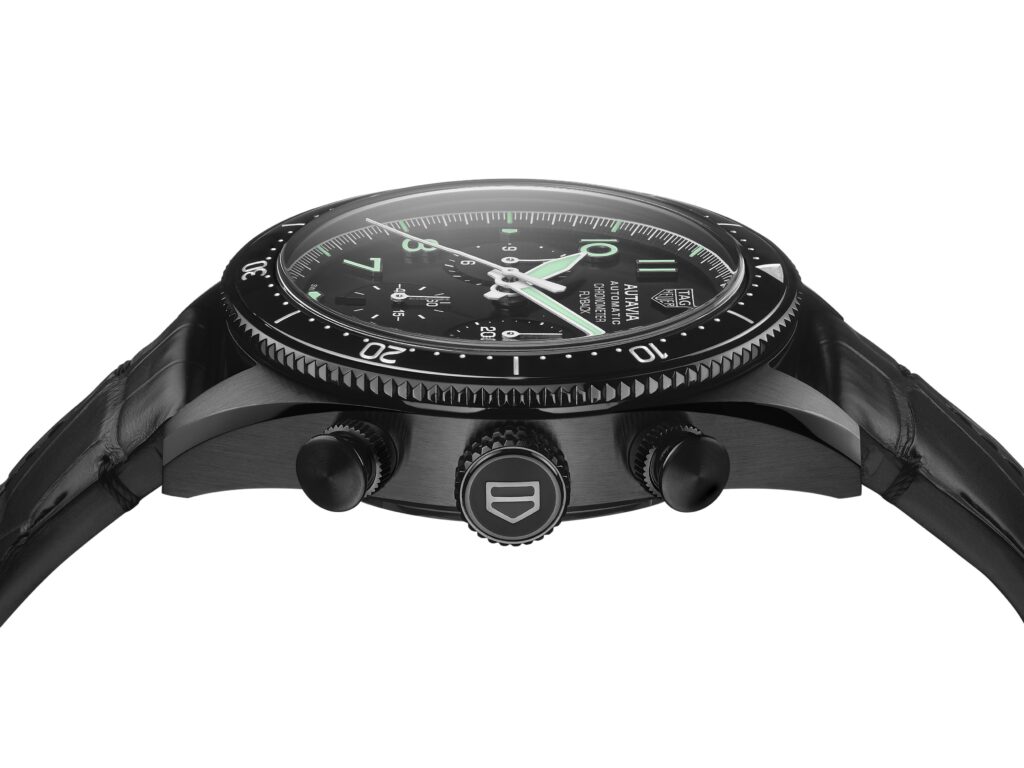 TAG Heuer can now flirt with its history thanks to the newly created Calibre Heuer 02 COSC Flyback manufacturing movement. The flyback function, which is rarely found in chronographs due to its difficulty to install, allows you to reset the chronograph hand and start a new time without having to stop it first, saving time in high-pressure circumstances like recording lap times at the racetrack. 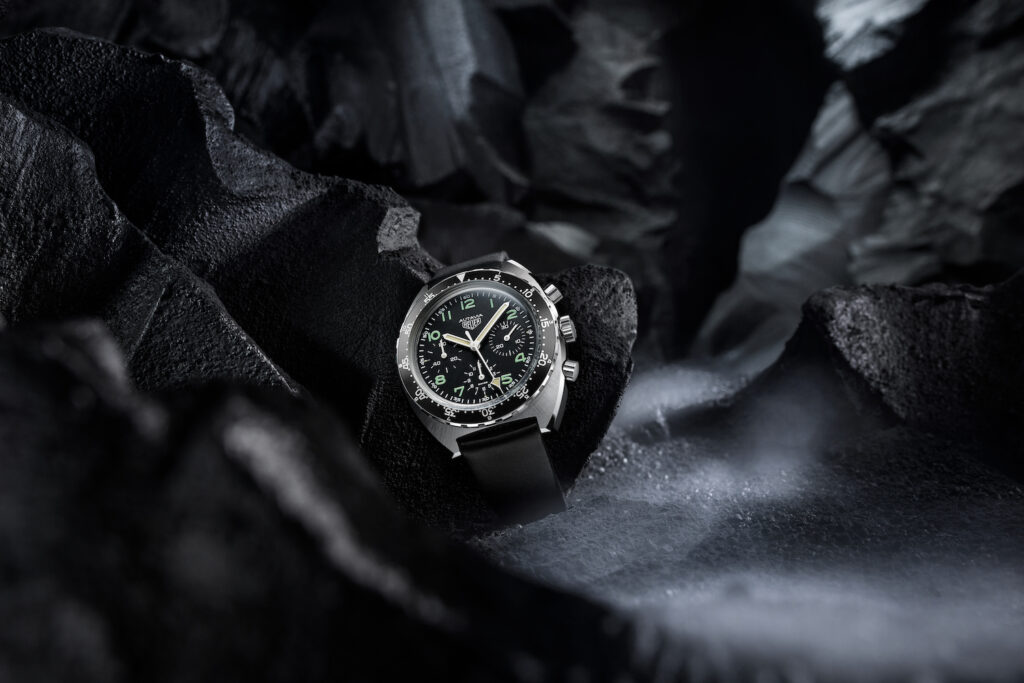 The debut of the two flyback chronographs is also a homage to TAG Heuer’s illustrious past. Heuer was most closely connected with a particular order from the German Bundeswehr in the late 1960s.

The reference 1550 SG – a model that is still quite famous among collectors – was built expressly for their Air Force as a flyback chronograph to fulfil the unique needs of its pilots, who valued the ease of use and reliability.

The 2022 references are instantly recognisable thanks to their unusual chronograph pushers and extra-large crown, both of which are inspired by vintage TAG Heuer dashboard timers.

The readability of TAG Heuer chronographs is another aspect that has contributed to their fame. TAG Heuer stays true to its DNA by using a Super-LumiNova® coating on the hour markers and hands to ensure rapid and clear legibility, drawing inspiration from a classic Autavia reference, the 73663, which had a dial variation with huge luminous Arabic numerals. 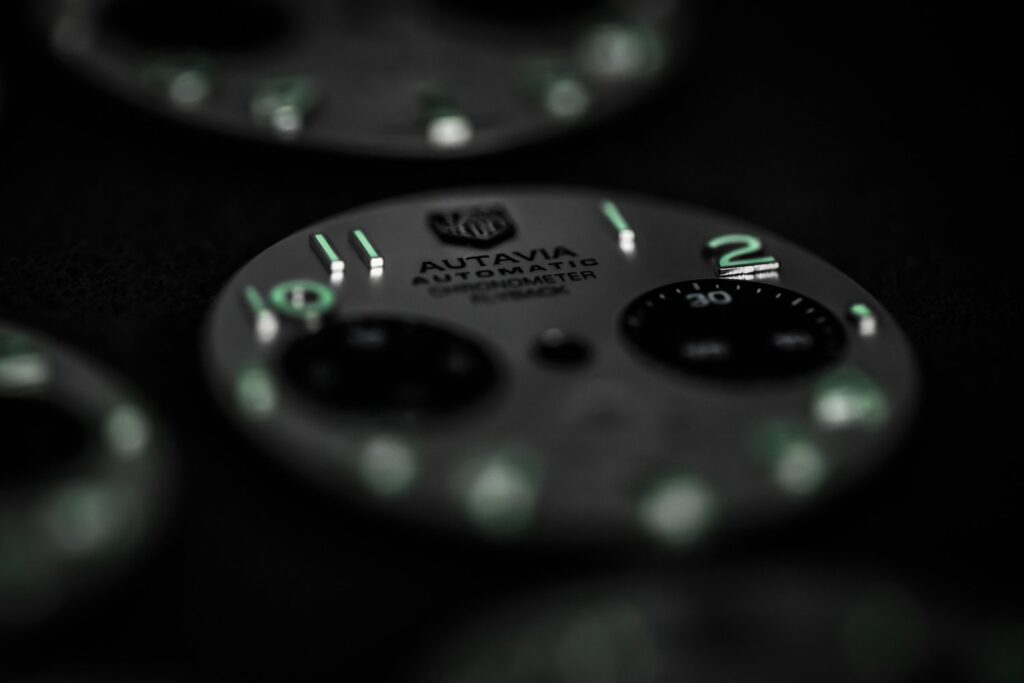 The new TAG Heuer Autavia chronographs have a sapphire crystal front and back, as well as a bidirectional rotating bezel, which is one of the key elements that is part of the Autavia DNA.

One of the two chronograph models has a silver dial and polished stainless-steel case, a nod to the rare and coveted panda dials that were produced in extremely limited quantities for the Autavia in the 1960s, while the other Autavia flyback model has a black dial and DLC-coated case, highlighting the direct link to TAG Heuer’s military pieces of the past. 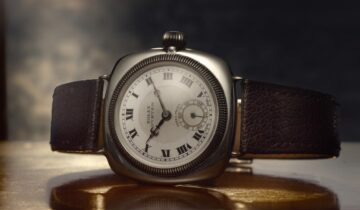 The Inception Of Time: Under A Loop 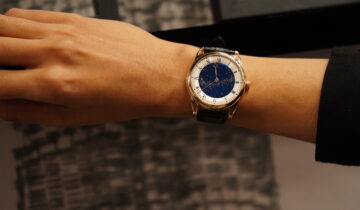 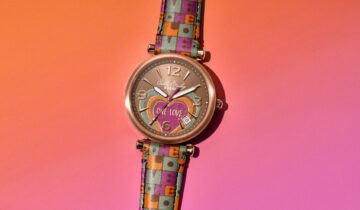