The 1960s were a heyday for long-distance auto racing, and such races provide inspiration for Time Fast II’s fast sports car gameplay.

Considering that race vehicles are getting faster and that modern time seems to be running quicker, as well as the fact that this is L’Epée’s second car-inspired clock, the name Time Fast II makes sense. 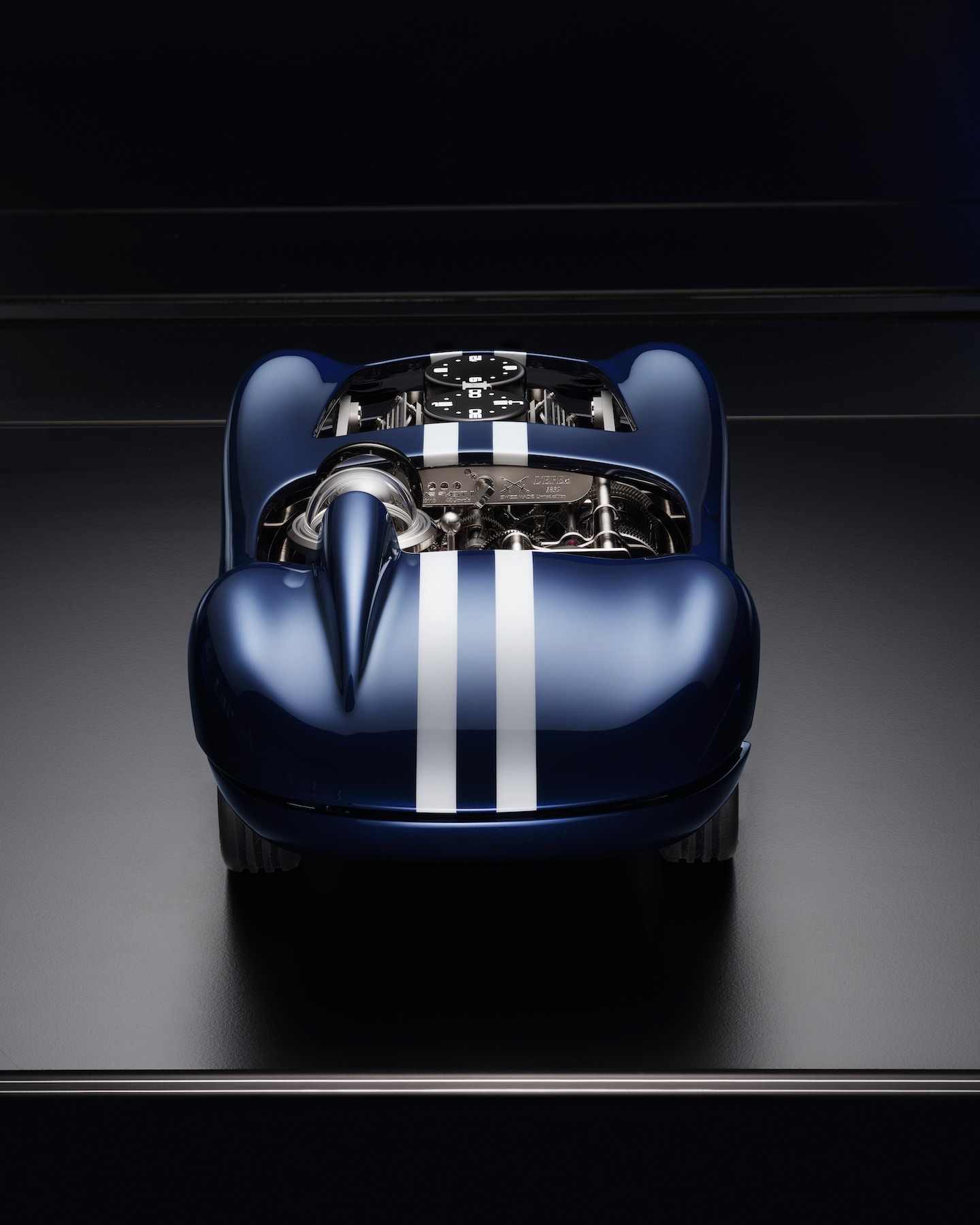 Much like its full-sized counterparts, the floor and body are attached to an H-chassis by screws. Aluminium was the 1960s equivalent of carbon fiber, therefore that’s what was used for the Time Fast II’s body. Increased performance in acceleration, braking, and handling are all enhanced in a race car with an aluminium body. 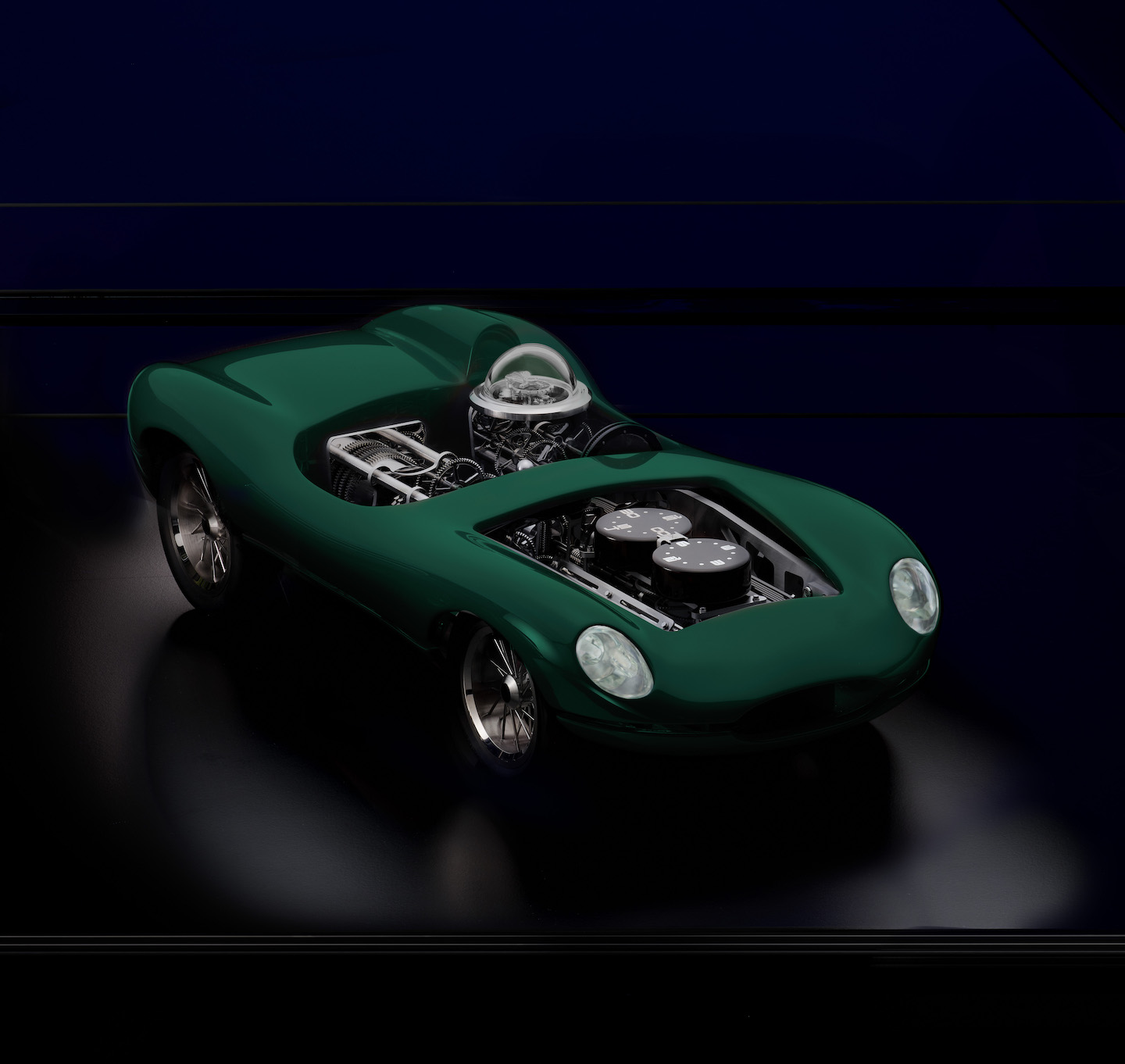 The Time Fast II has not one but two separate mechanisms, each of which has its own power source. The time is kept by the first mechanism, which is located in the cockpit. Air filters that supply the two carburetor banks on top of the engine feature rotating stainless steel discs that indicate the time. An open 2.5 Hertz escapement in the “driver’s helmet” and a mainspring that can be seen in the “passenger’s seat” control the 8-day movement and provide energy, respectively.

The engine automat is driven by a second movement. A dashboard switch activates the engine, sending the V8‘s pistons up and down. The passage of time has no bearing on this animation in any way. 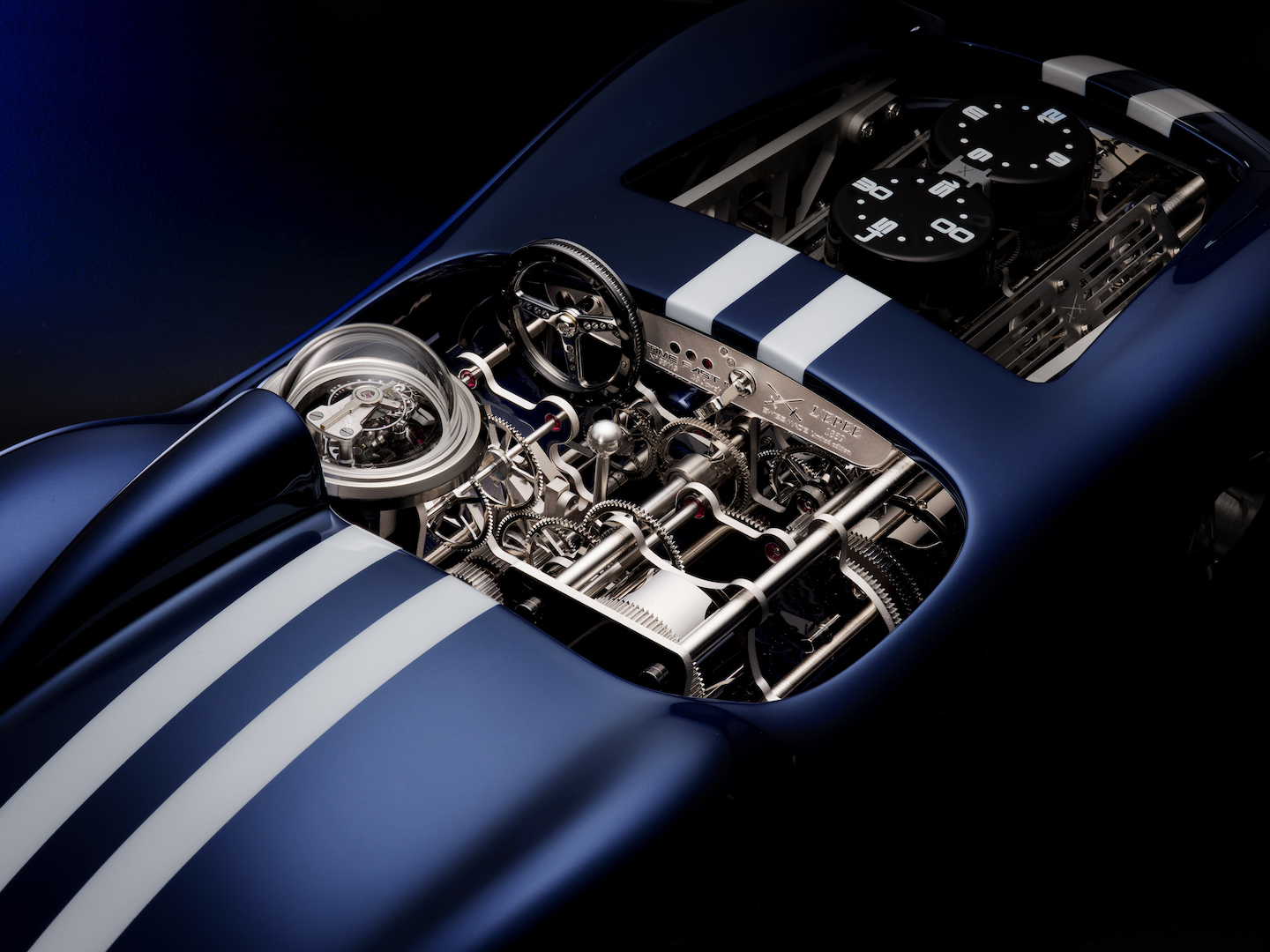 The time mechanism, the engine automation, and the neutral can all be wound using a manual gear lever. To wind a sail, simply put the automobile in the correct reverse gear and pull it backward.

A center rim and two outer rims are fastened together by 12 rivets on a three-spoke steering wheel, much like the originals. To adjust the time, turn the wheel counterclockwise; to return it to its center, crank it clockwise.

The stainless-steel spoked wheel rims are created just the way the genuine racing wheels were in the 1960s, exemplifying the painstaking care that L’Epée took to ensure that Time Fast II is as faithful as possible to the automobiles that inspired it. The tires are made of soft rubber for maximum traction when winding the mechanisms, and they are filled with a specially formulated foam compound that causes them to be slightly flat on the bottom, just like the tires of actual sports cars on a real racing circuit.

These limited editions of 99 pieces are available in each of five colors: Ferrari Red, British racing green, Mercedes silver, AC cobra blue with white stripes, and White with blue stripes! 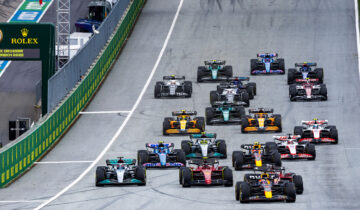 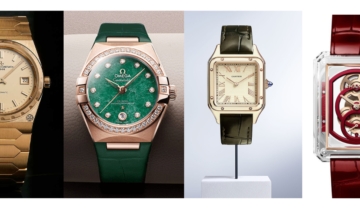 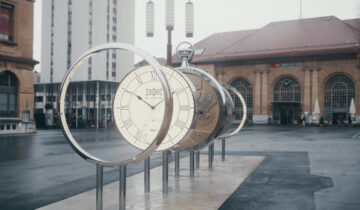