Spotted on every relevant wrist in the world of sport and in-hand with every tournament, Rolex has supported every event worth mentioning for almost 100 years, but, how did they do it?

How can one brand sponsor and be associated with all the greatest sporting tournaments across the board and still have a niche? Rolex has been a trailblazer of aligning with all the right sport events around the globe for almost a century and even though we see them everywhere they always maintain exclusivity. How are they striking this sublime balance? Let’s start at the very beginning…

Spreading their wings across golf, sailing, tennis, motor sport, and at equestrian tournaments, Rolex has been an imminent associate at each one. After the advent of the label in 1905, under the watchful eye of founder Hans Wilsdorf, and his appetite for excellence, they launched the Rolex Oyster in 1926. Needless to mention this was a pathbreaking timepiece at the time, it was something that was resistant to water and dust—which was almost unheard of at the time.

His vision became reality when chose to promote it with Mercedes Gleitze–a young typist from Brighton and the first British woman to swim the English Channel. A subtle way of adding her to the family, she swam across with the watch on her wrist for 10 hours and at the end, it was in perfect condition. This made her the first ever ‘Rolex Testimonee’ and this was just the start, Wilsdorf realised what better way to test and exemplify his creations than make the best in the sport wear them?

Making the world a literal ‘living laboratory’ to test out his work, it wasn’t long before explorers were asking Wilsdorf to equip their expeditions with Rolex watches. This in-turn would lead to feedback on the creations and enable him to improve their reliability. It was literally a win-win, more importantly the smartest marketing technique at the time. But it was more than that, it was sponsorship, but the Rolex way, built on mutual respect, meaningful partnerships, a shared vision and most importantly, long-term support.

From then on the sky was the limit, quite literally, legends like The King of Speed, Sir Malcolm Campbell, mountaineer and lead expeditionist for the first successful Mt Everest mission Sir John Hunt, equestrian groundbreaker Pat Smythe, Mariana Trench pathfinder oceanographer Jacques Piccard, and golfing maverick Arnold Palmer all have one thing in common—Rolex. In more recent times we see Tiger Woods, Roger Federer, and even a global partnership with Formula 1 to name a few.

The key that binds them all however is sheer excellence, Rolex only and only till this day maintains ties with those who are truly brilliant at what they do. Today this even extends to activities more than sport, they support the arts, culture, cinema and endless other avenues all for the love of excelling at what people do best.

Whilst the partnerships have truly stood the test of time, today also marks the start of the 150th The Open Championship (Golf) at Saint-Andrews, Scotland. Being one of the oldest golf courses known to man, it is no wonder that Rolex has been the official time-keeper for the tournament since 1981. Today they are also a premier partner and it was only fitting for the brand to do so.

But that’s what defines Rolex like nothing else isn’t it? At the end of the day, it’s the subliminal messaging that has been deep seeded across the world for almost a century that only the best wear Rolex, partner with Rolex and are seen with Rolex. What’s interesting is the brand has never deterred from this vision, and it’s only growing stronger. And that’s what makes them exclusive, their unwavered love for being the best. 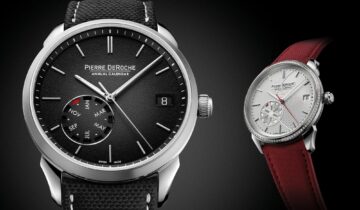 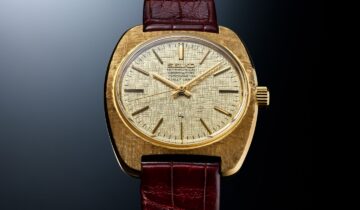 A Landmark Seiko Comes Home to Tokyo After 53 Years 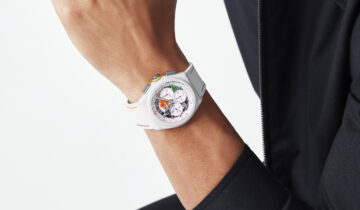