Founded in 1883, Alpina (now owned by the Japanese based Citizen Holdings) periodically delves into its past revealing some little-known gems. Needless to say, its legacy has been a source of inspiration with nearly 140 years of inventive collections with a plethora of models that have left an impact.

Once again, Alpina distinguishes itself from the vintage trend of producing an identical replica of a bygone timepiece. The brand prefers to highlight one of its unique qualities, the “bumper movement.” This is a sort of calibre, not a watch, a design, or a dial.

The “bumper movement”employed by Alpina in the 1950s is exceedingly difficult to procure today, if not impossible. It’s a mechanism with an oscillating weight that rotates 120 degrees instead of 360 degrees, like a modern rotor.

A little spring on both sides of the movement’s path helps to wind the movement by sending the mass back in the opposite direction. The design was simple and effective, but it was eventually phased out in favor of the 360° rotor, resulting in a collectible movement.

Alpina has now used this unconventional winding as inspiration for its sixth Manufacture movement. It beats within the new Startimer Pilot Heritage Manufacture, a luxury timepiece aimed at watch collectors.

The AL-709 movement, sometimes known as the “bumper,” is a modern, accurate, and strong invention that incorporates the traits of its predecessor. This is because Alpina’s most important component, the rotor, was developed in the 1950s manner. The oscillating weights from the Startimer Pilot Heritage Manufacture and the old “bumper” are similar, with the same geometry and inspiration, except for two differences: the antique version rotates 120 degrees, while the new one rotates 330 degrees.

Instead of the conventionally shaped springs, a blade has been employed to allow for more rotation. Through the open case back, the AL-709 calibre may be appreciated in all its grandeur.

The arrival of a new Startimer Pilot Heritage

Alpina has chosen the cushion-shaped case from its Startimer Pilot Heritage series to commemorate its new movement. It’s the ideal blend of a circle in a square with beautifully rounded corners, highlighted by a case midsection that varies between polished and satin-brushed surfaces.

As a gesture of respect for watchmaking heritage, the AL-709 calibre hugs each shape. Previously, in the tradition of so-called “form” movements, the calibre and the casing had to have exactly the same profile. The delicate cushion that follows the curvature of the wrist becomes one with the watch’s throbbing heart. To complete the retro look, Alpina has given the Startimer Pilot Heritage Manufacture a dial with an iconic design that pays homage to the brand’s pilot watches from the 1950s.

To commemorate the modern resurrection of the “bumper,” two variants of the Startimer Pilot Heritage Manufacture have been released, restricted to only 188 pieces.

They come in a yellow gold-plated and a steel form, both with the same measurements (42 mm). A centre red line adds a sporty touch to three matching hands. The crown has been placed at 4 o’clock, in the vanishing line of the caseband, to maintain the case’s flow. Both have a 38-hour power reserve and are worn on a brown calfskin strap with off-white topstitching. 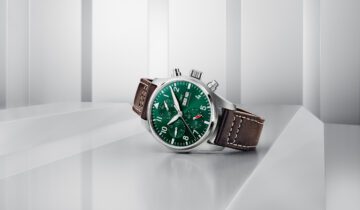 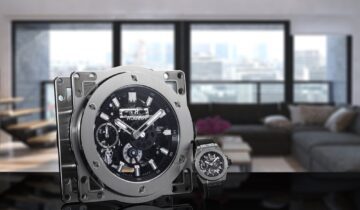 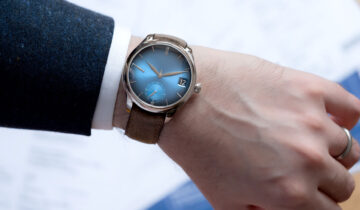