Do you know how information was arrange on John Arnold’s marine chronometers? The newly launched versions of the Ultrathin Tourbillon by Arnold & Son will answer all your questions. It features two new iterations in Gold & Platinum. 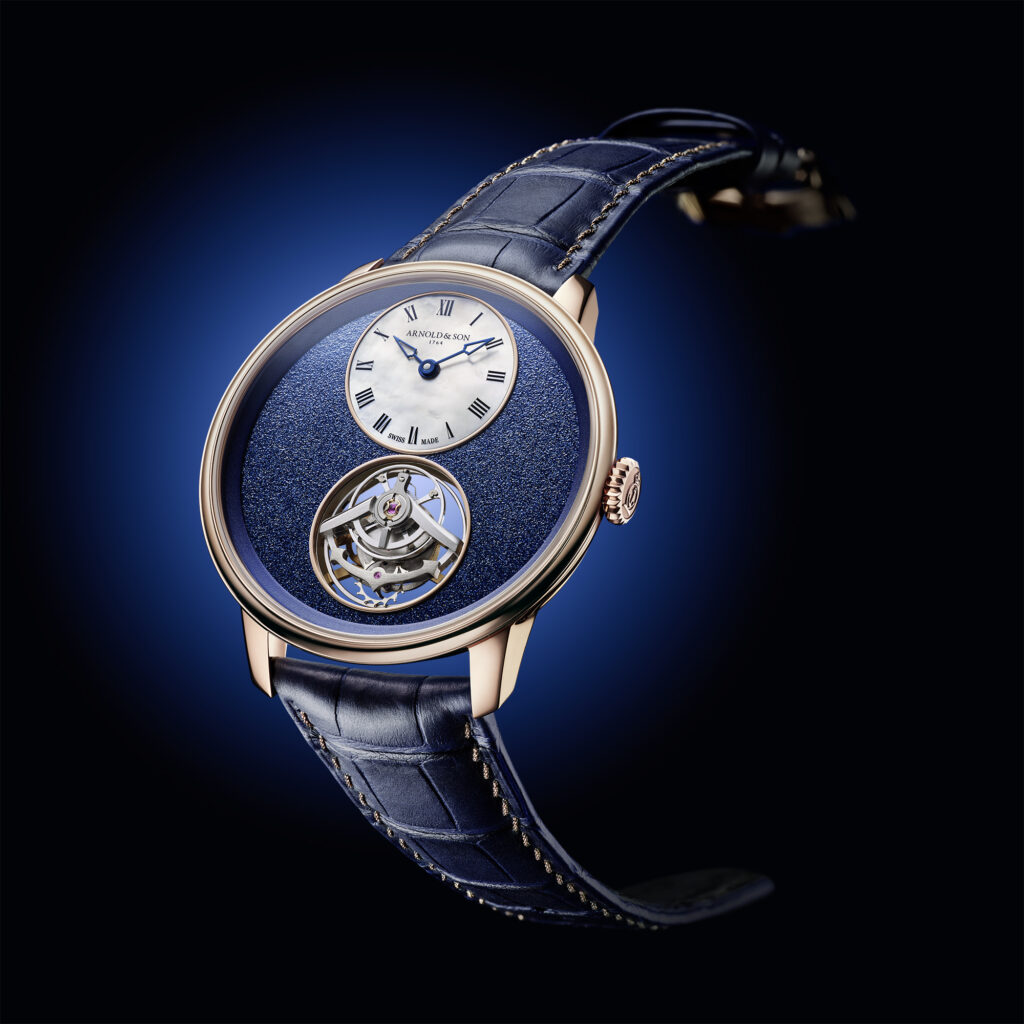 To match their exquisite cases, which have also been revamped, they boast a new sort of dial with tinted gold and aluminum sparkles. Underneath their domed sapphire crystals, the casings in 5N red gold or 950 platinum are only 8.3 mm thick. The tourbillon aperture and offset display are reminiscent of the information layout on John Arnold’s naval chronometers. The power reserve of an ultrathin tourbillon watch now lasts at least 100 hours after the structure. And look of the revolving regulating organ were rework– an amazing and notable performance for an ultrathin tourbillon timepiece. 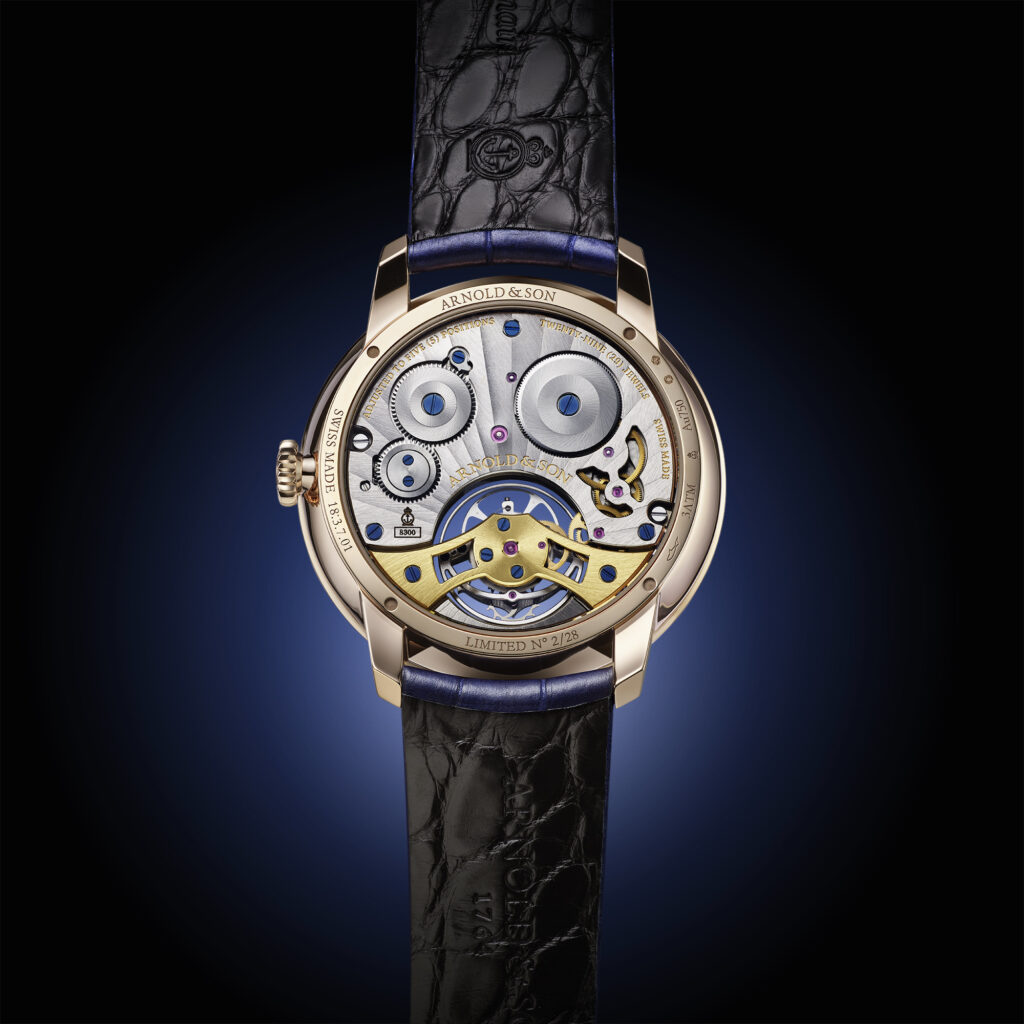 Arnold & Son concentrated on materials and processes that accentuate the beautiful appearance of this well-honed tourbillon to give it a new unique and elegant design. The 41.5 mm casings, which are available in 5N red gold or 950 platinum. That have been revise to be even smaller and more polished. The bezels have been reduce to a thin metal band. The sapphire crystals have been dome, and the case backs have been screw down.

Arnold & Son used a novel manufacturing process known as ‘Cosmic Grené’ on the dials beneath the stars. This name is a direct reference to stargazing. As stars, along with marine chronometers, are crucial guides for navigating at sea (of which John Arnold was one of the largest and most reputable suppliers). 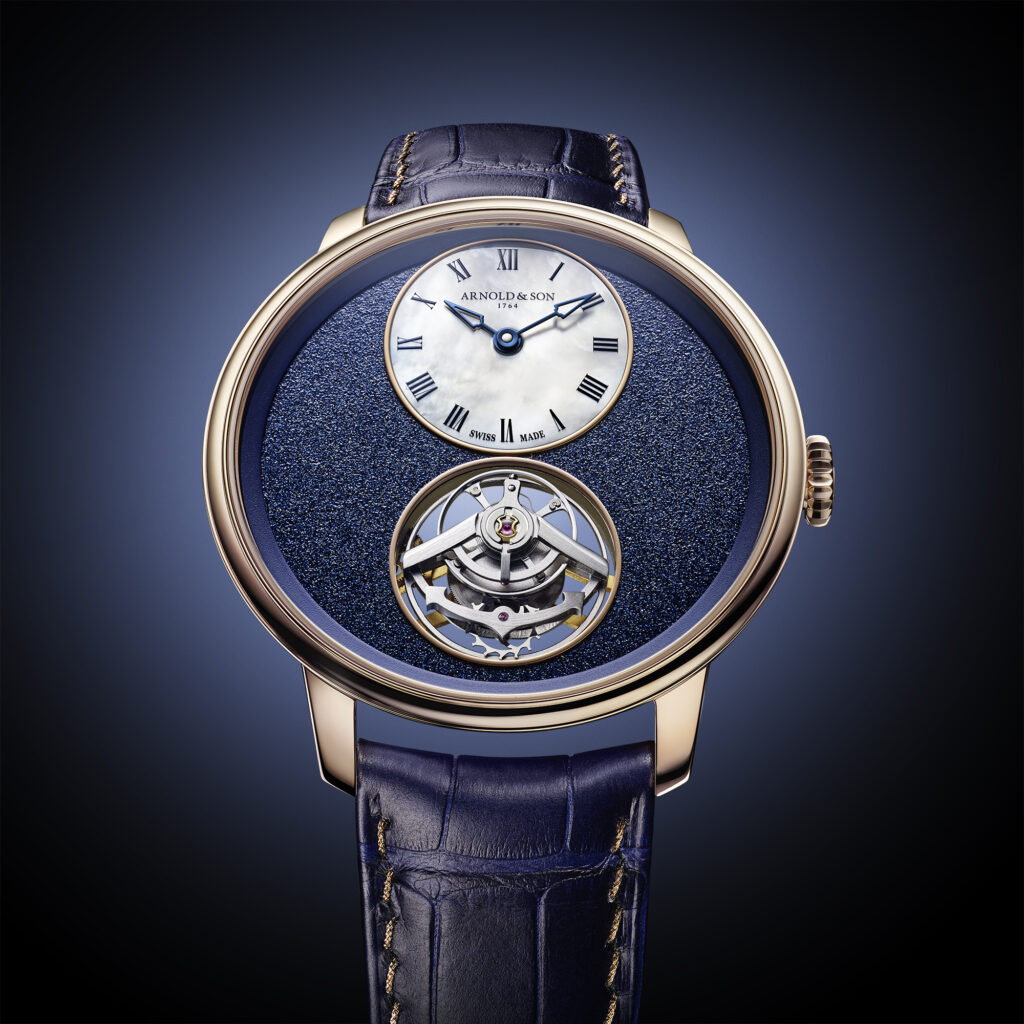 To achieve a softly sandblasted finish, gold powder combined with aluminium sparkles was applying to the dial plate. The Ultrathin Tourbillon in red gold is colour blue, while the platinum version is colour green. However, These dials are delicate and beautifully grained, with a slight sheen, thanks to the intricate production procedures involved.

The A&S8300 calibre, whose architecture and finesse characterise this collection, is at the heart of the Ultrathin Tourbillon. Moreover, This tourbillon with very polish finishing is one of the thinnest ever build, measuring only 2.97 mm thick. 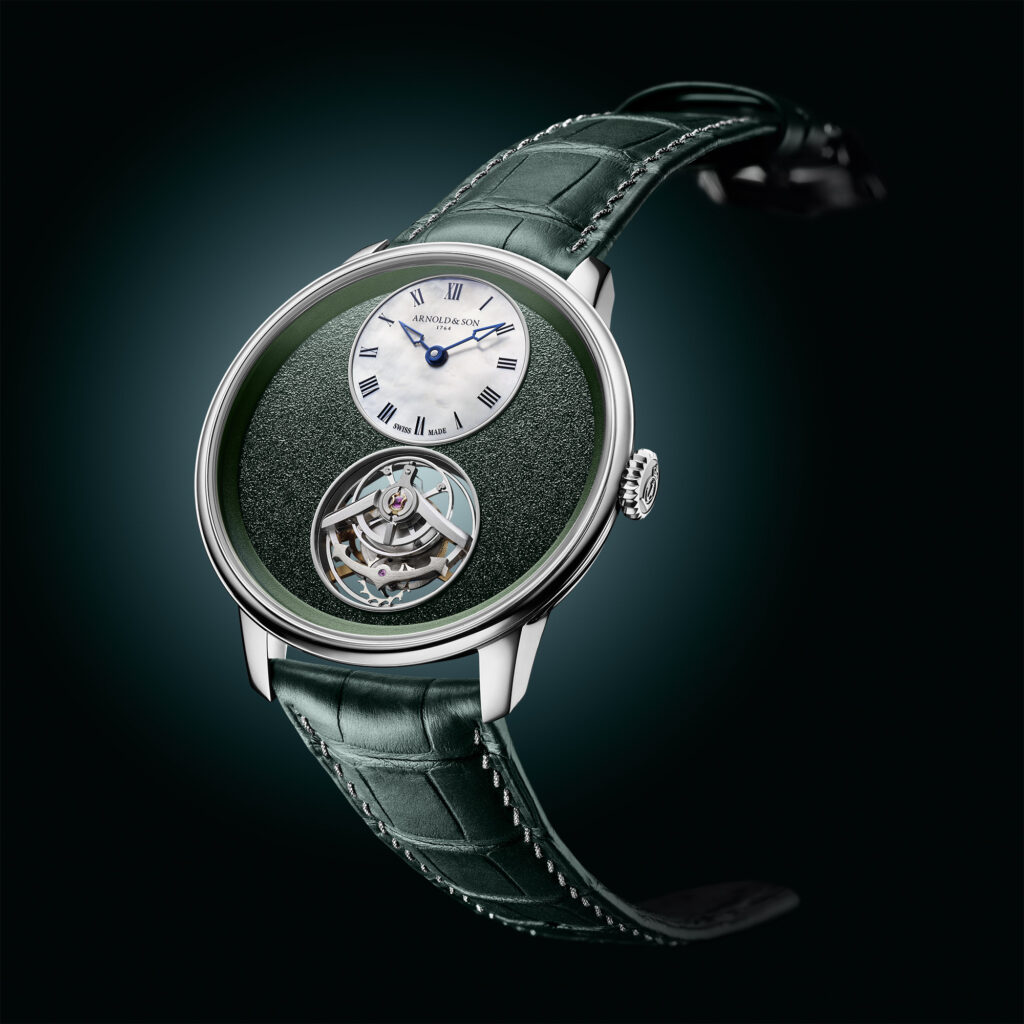 The A&S8300 calibre’s highest point is on top of the tourbillon carriage, which has also been rebuilt and has undergone major improvements in comparison to its predecessors. Similarly, It has a variable-inertia balance with inertia blocks for longer-term calibration stability. Furthermore, The modified tourbillon carriage pays homage to John Arnold’s role as a pioneer of nautical exploration in the 18th century. Its triangular shape is reminiscent of a sextant, and its double-arrow counterpoise is reminiscent of an anchor.

The back of the Ultrathin Tourbillon reveals a new rear tourbillon bridge in 3N yellow gold. That matches the gear train and stands out from the appearance of the rest of the calibre. Modifications to the tourbillon carriage and regulating organ have increased the power reserve of the A&S8300 calibre, which now lasts at least 100 hours. This long power reserve meets the performance standards of Arnold & Son calibres. 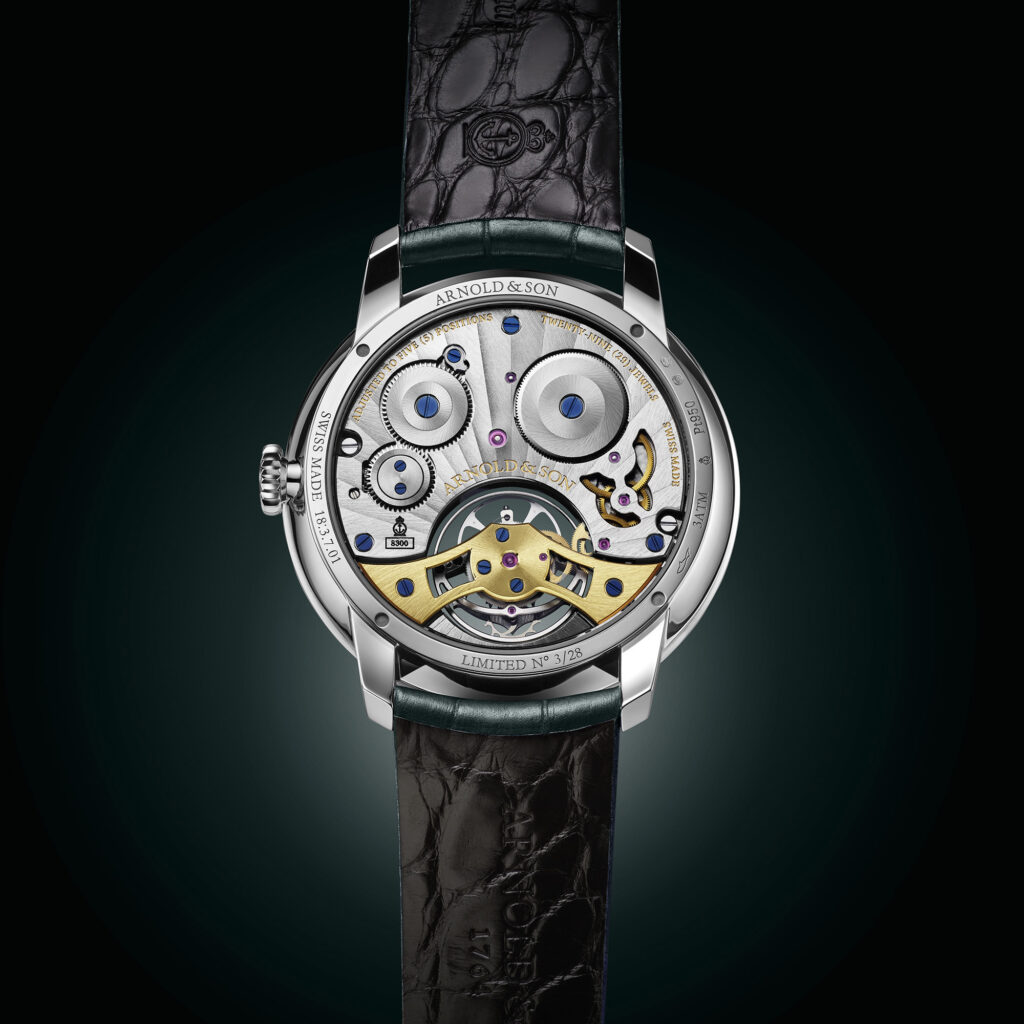 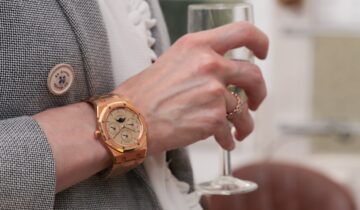 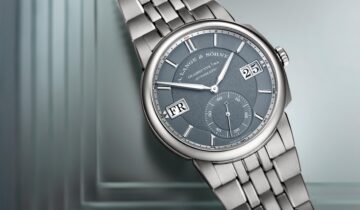 Watches and Wonders 2022: A. Lange & Sohne Odysseus for the brave and inquisitive wearer 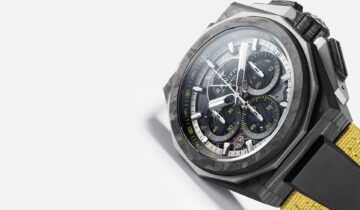