From 1976 to 1978, the Casquette was developed. Girard-Perregaux produced 8200 examples of this groundbreaking quartz watch during that time period. It has grown very popular among watch collectors and style-conscious wearers over the years.

The Casquette: Past And Present

The Casquette, a cutting-edge timepiece with a tubular LED display, was unveiled by Girard-Perregaux in 1976. The watch, which was powered by a quartz movement and tapped into the horological zeitgeist of the 1970s, stood out from the usual two-handers of the time. The Girard-Perregaux Manufacture, which was founded in 1791, was at the forefront of quartz timekeeping. Indeed, the Maison established the frequency of 32,768 Hz, which was later accepted as the international standard for quartz watches.

The ‘Casquette‘ was not the official name for this revolutionary timepiece. Instead, a reference number was used to sell the watch. However, watch enthusiasts began to fondly refer to the watch as a ‘Casquette,’ a moniker that has stuck in the horological lexicon.

With its quartz movement, the original displayed the hours, minutes, seconds, day, and date with a high degree of precision. Furthermore, whereas many competitors simply replaced a traditional display with a circular panel containing a sequence of LEDs, Girard-Perregaux took a fresh look at the Casquette’s design. The tubular LED display was not only practical, but it also defied convention in terms of aesthetics, contributing to its avant-garde design. The watch was compared to a 1970s muscle car at the time, with its LEDs resembling taillights.

Throughout its history, the Maison has demonstrated its design prowess on numerous occasions. When creating a watch, the brand considers each component individually as well as part of a larger whole. The brand was one of the first to adopt the idea of incorporating bracelets into watches in the 1970s. Furthermore, the corporation has always shown a preference for various case forms while taking ergonomics, practicality, and readability into account.

From 1976 to 1978, the Casquette was available in three casing types: Makrolon® (polycarbonate), yellow gold plate, and steel. The Casquette has grown extremely popular among watch collectors and fashionistas in recent years. Its ‘retro futuristic’ design language continues to appeal to a wide range of people.

The Casquette has returned! It has been dubbed the Casquette 2.0 this time, formally embracing the original moniker. It has a Grade 5 titanium caseback and is contained in a scratch-resistant ceramic case. Titanium and ceramic are both hypoallergenic and lightweight. It has an extremely low mass of 107g, which helps to improve wearer comfort. The new Casquette is, in fact, comfier than ever. Titanium pushers and a titanium badge, which is positioned atop the watch head and imprinted with a historic GP emblem, complete this lightweight outfit.

In 2021, Girard-Perregaux designed a one-of-a-kind piece in partnership with Bamford Watch Department to promote the charity auction Only Watch. The watch was encased in forged carbon and titanium, with titanium pushers, and was based on the original Casquette from 1976.
The watch was sold for CHF 100,000, generating much-needed cash for Duchenne muscular dystrophy research. Some keen-eyed observers noticed that the Casquette Only Watch Edition contained a new movement, the Calibre GP03980, at the time, and wondered why the Maison would create a new movement for only one timepiece. The Calibre GP03980, the same movement, is now at the heart of the redesigned Casquette 2.0.

This new watch, like the original Casquette, shows the hours, minutes, seconds, day, and date. The new movement, on the other hand, has several extra features, such as a month, year, chronograph, second-time zone, and secret date. This last feature allows the wearer to save a special date of their choosing. The hidden date (day, month, and year) can be shown every day at a time set by the wearer, such as a wedding anniversary.

The Casquette allows the wearer to see the time whenever they want, saving battery life. In fact, if the pushers are squeezed 20 times per day on average, the battery should last two years. The watch comes with a ceramic bracelet with a rubber interior that is more flexible and pleasant than the original Casquette bracelet. A folding titanium buckle has been added to the bracelet.

8200 pieces were made throughout the original Casquette’s lifetime. In honour of this latter figure, Girard-Perregaux has decided to produce only 820 pieces of the new Casquette. The Casquette 2.0 is reasonably priced, and it belongs to a new Girard-Perregaux sector.

The Casquette was purchased by so-called “early adopters” in 1976, causing many “laggards” to miss out. If you’re the latter, simply pre-order your Casquette 2.0 from 22.02.2022 to 7.3.2022 on the brand’s e-commerce site to avoid disappointment. The watch will then be available in a limited number of Girard-Perregaux stores across the world. 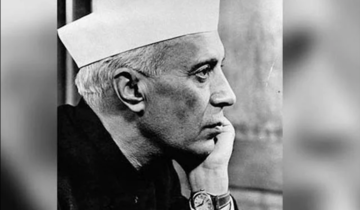 1947: A Special Year For India And So Many Horological Wonders 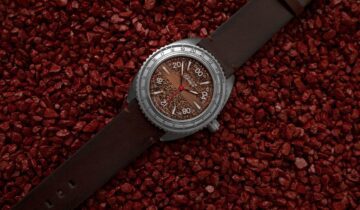 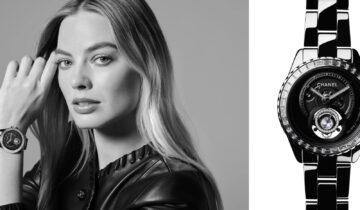